Over the weekend, news came out that Tony Fernandez passed away at age 57. He, of course, was a prominent Blue Jay in the 80s. He was part of the trade bringing Joe Carter and Roberto Alomar to Toronto. He came to the city of Toronto three other times.

I wanted to show off some cards here tonight in memory. 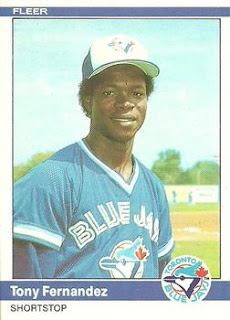 Of course, I have to show one of his rookie cards. 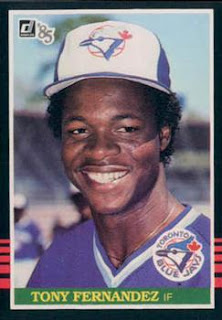 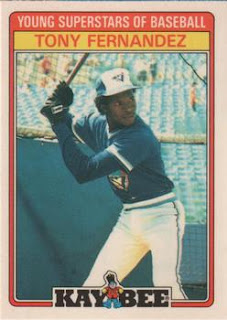 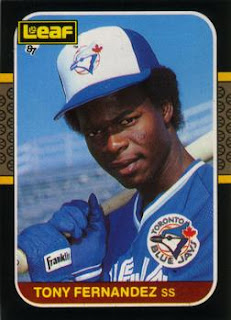 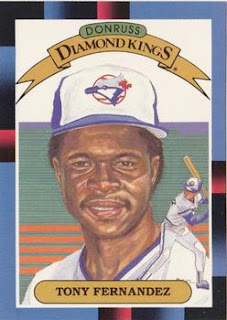 I have a copy of this card autographed. I bought it through Firstrow.ca 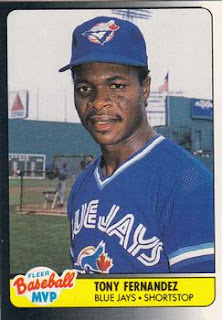 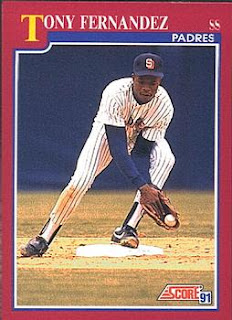 One of the cards showing Tony with the Padres. 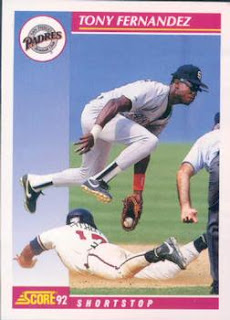 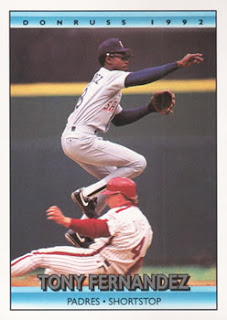 I wanted to show these ones for the action shots. 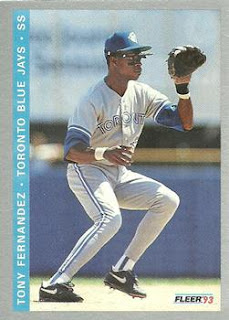 Tony was brought back in 1993 after Dick Schofield broke his arm and was lost for the season. The other options were Eddie Zosky in the minors, or Alfredo Griffin, who was 38 at the time. 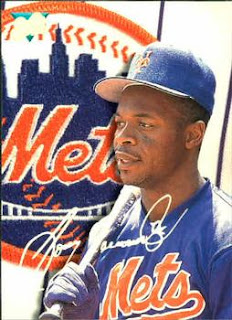 He was with the Mets when the Jays traded for him in 1993. 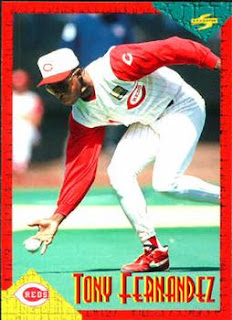 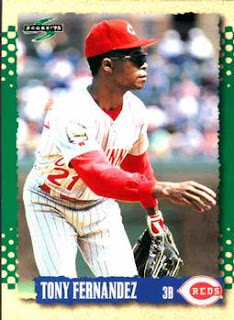 After winning the Series with the Jays, he went to Cincinnati. He spent 1995 with the Yankees. After being out all of 1996, he spent 1997 with Cleveland, helping them to the World Series. 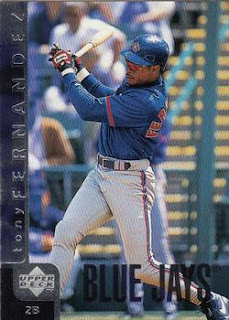 2001 was his final season, spent between Milwaukee and his fourth time in Toronto. 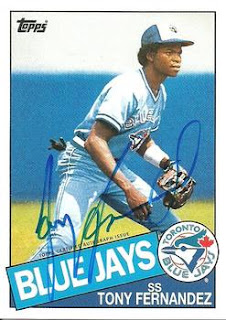 This was in 2016 Topps Archives 65th Anniversary.

May he Rest in Peace..