I have some more scans from the Expos box I received. I still have one more day worth of scans, so I'll do them tomorrow..

So let's see what's in this batch.. 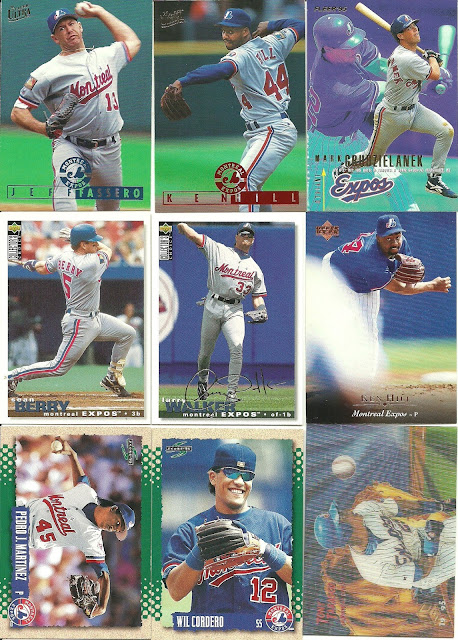 I can say I'm a fan of the early-mid 90s Ultra designs.. I found the Collector's Choice and Upper Deck designs to be too similar around this time frame.. I should explain.. Collector's Choice was similar to previous years CC and Upper Deck was similar to previous years UD
Then there's the acid trip that is 1995 Fleer...
1995 Score was a set I enjoyed.. Of course, I never found enough of it to actually try to make the set.. 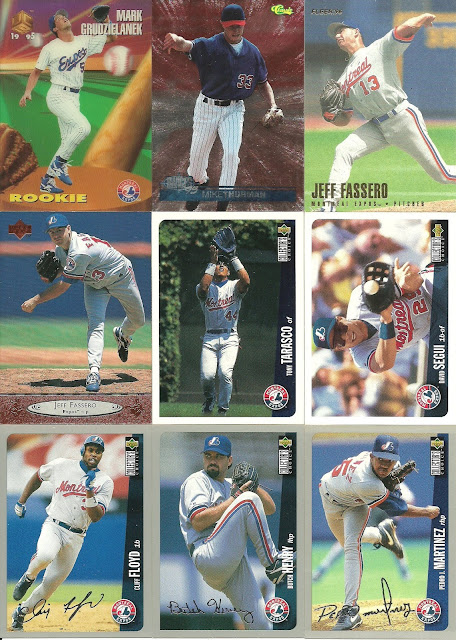 I liked what Fleer did in 1996 and 1997 with the flagship set.. I loved the paper stock. Though it was odd having the paper feel on the front as well.. It was different from what everyone else was doing..
More Collector's Choice. I do like the grey(?) (silver?) border on the Silver Signature cards.. 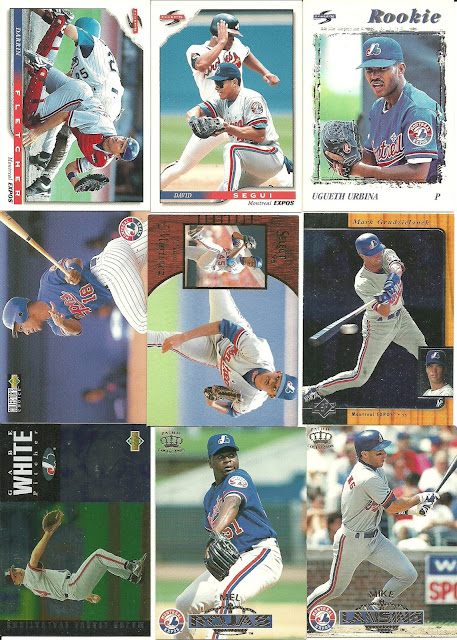 1996 Score was another one I enjoyed.. Again, I never saw enough to actually be able to collect it.. I also miss those Marlins uniforms shown on the Fletcher card.. 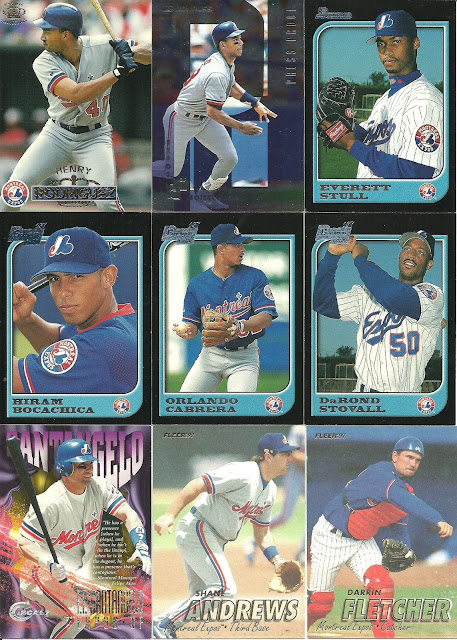 A bunch of Bowman.
That Donruss Alou is a Press Proof
We also have an Oh Henry! sighting..
I'm sure I mentioned this before, but when Henry Rodriguez went to Montreal, he became a fan favourite. When he hit a home run, the call from the announcer was "Oh Henry!" and the fans started throwing Oh Henry! chocolate bars onto the field. 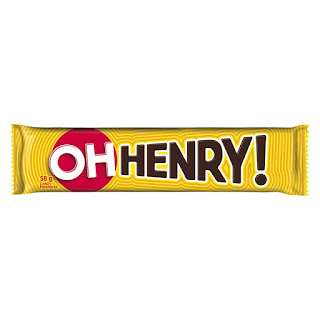 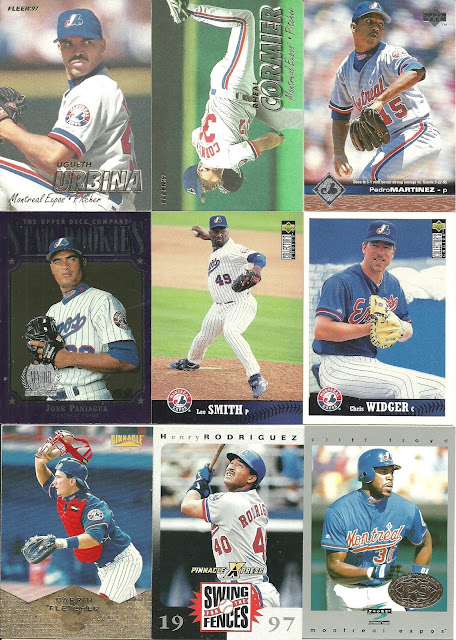 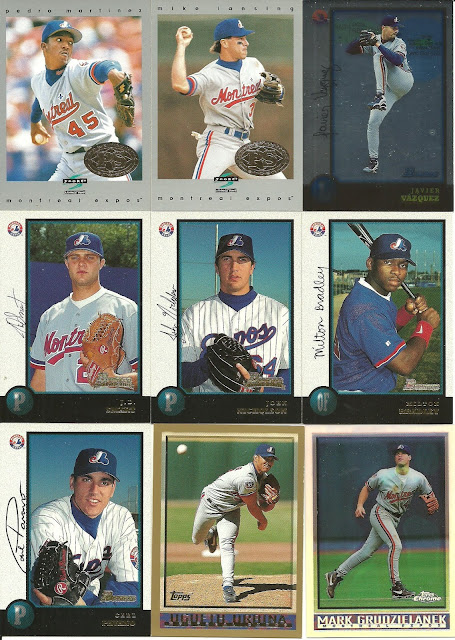 A bunch more Bowman..
That Grudzielanek Chrome is a nice card.. I like how it looks.. 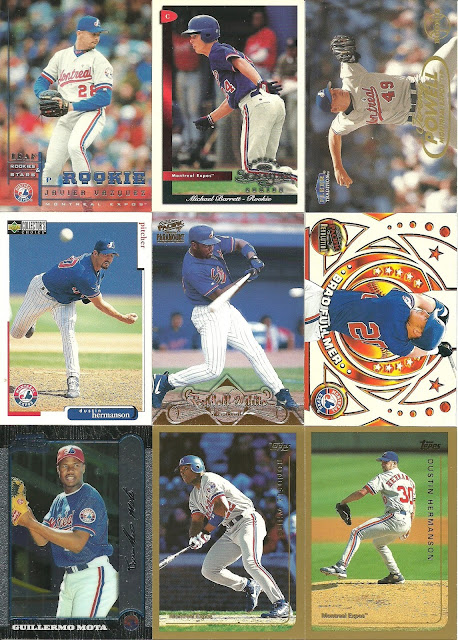 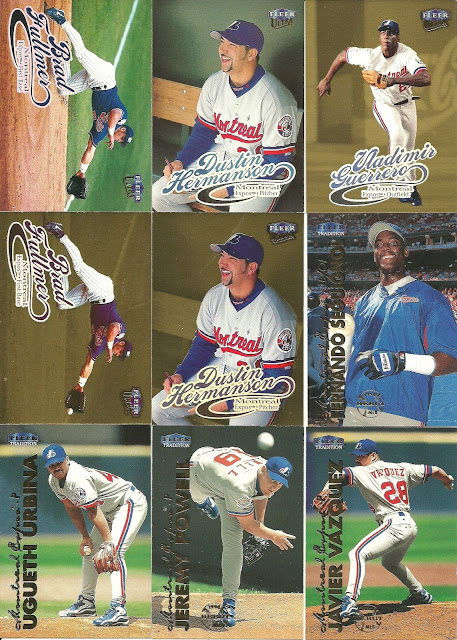 I had the base and Gold Medallion Ultra for a couple cards here. The Fullmer and Hermanson are both shown there.
It seems like the direction Fleer was going with the 1996 and 1997 sets carried over to the Tradition brand. 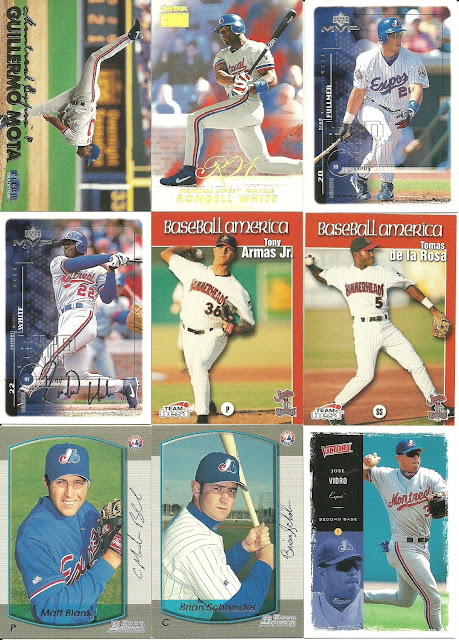 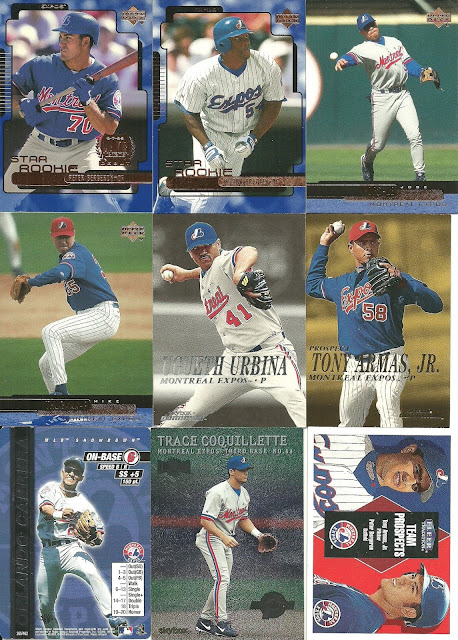 This brings an end to the second part.. Some really nice cards in there.. Tomorrow will be the third part...