So I want to cover a trade I made with TCDB member althib.
This was the second trade we made, but I put the cards from the first one away before I scanned them.. 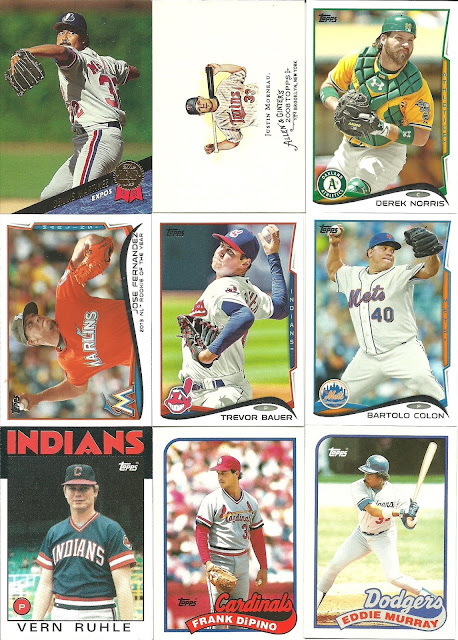 Some nice cards here, though I think there's too much dead space on that Morneau.. 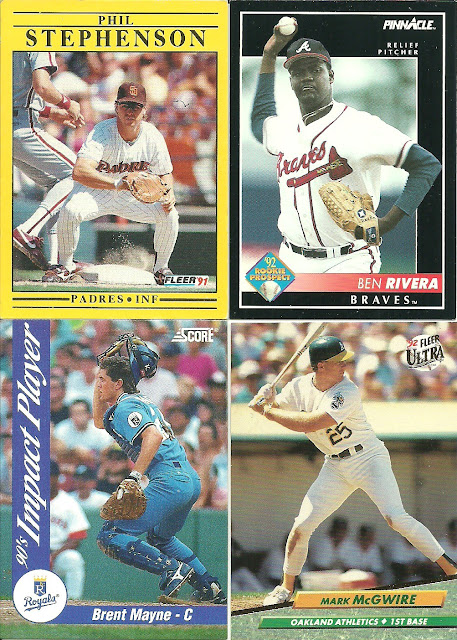 Some more set cards.
I'm feeling I'm close on finishing the 1992 Ultra and 1991 Fleer sets, though I'll have to look to verify those thoughts.

I originally marked this down as a purchase, but I remembered it was in actuality a trade.
My friend Curtis at First Row Collectibles took all my football and basketball cards off my hands in exchange for a little bit of credit to use on his site.

This is what I got with that credit.. 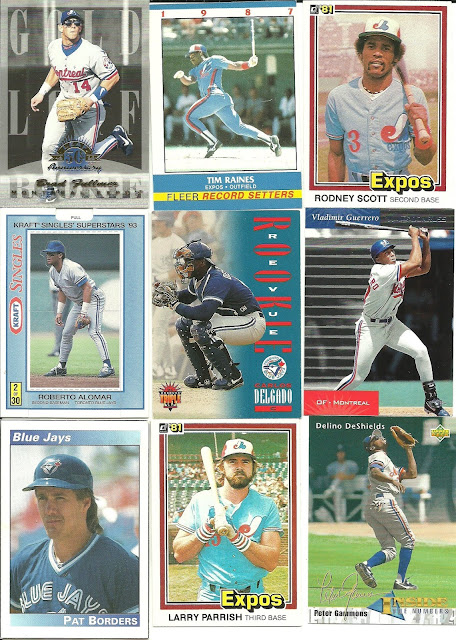 Some 1981 Donruss Expos!
A Fleer Record Setters Tim Raines.
Vladimir Guerrero in one of those 2001 Donruss "1999 Retro" cards.
That Alomar is one of those pop-up cards.
They did them up here in 1992. I hadn't seen the 1993 set.
That Borders is a Canada Card World Magazine insert. 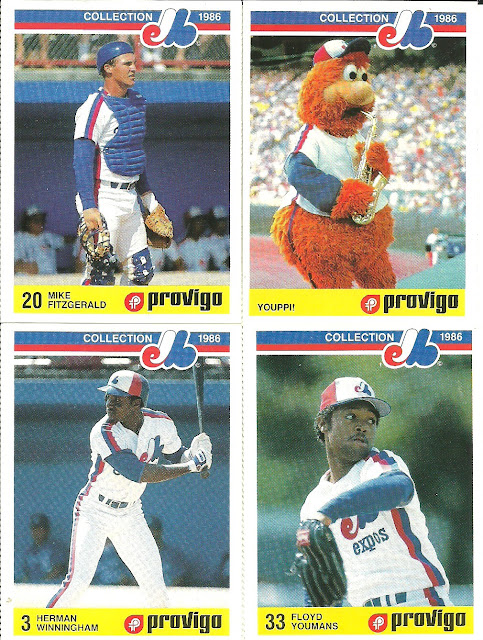 Now these.. These were the big haul from the trade.
I always look for certain things when looking at his site:
Jays
Expos
Canadian Born players
Charlie Simmer

Well.. Looking at the Expos cards, I came across these beauties. I scratched my list and threw these on there.

Provigo is a grocery store chain in Quebec.
I think my favourite of the four I have is Youppi!
I'll have to keep my eye out to see if I can find more of these..

Thank you for the trades!

And as always, check out Curtis' site https://www.firstrow.ca/
If you order, don't forget to use the code MATSON and get a nice discount.