And Now The Jays

Now I'm going to show the Jays from the PromodelTodd box. 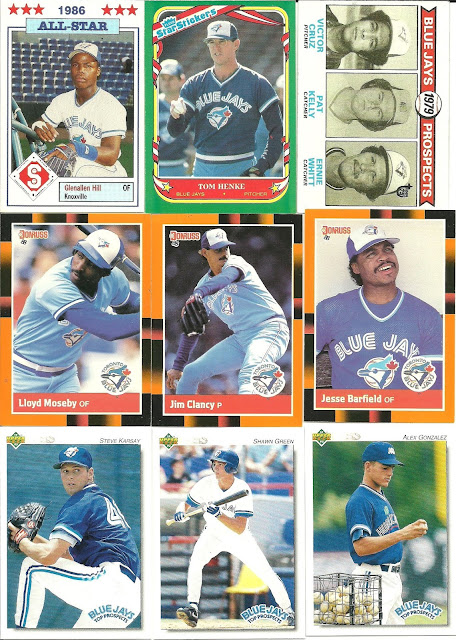 Starting all the way back in 1979. It's a buyback Topps put out in the 2014 set.
I love minor league cards and we have a few here with Glenallen Hill, Steve Karsay, Shawn Green, and Alex Gonzalez.
The Gonzalez is kind of interesting. For the longest time, aside from the Syracuse Chiefs, Jays minor league teams just used the Blue Jays name.
When they had a team in Myrtle Beach, they went by both Blue Jays and Hurricanes. 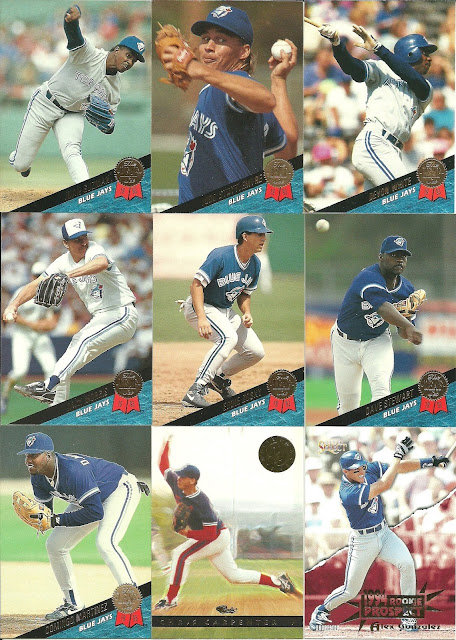 Some 1993 Leaf I didn't have.. The Carpenter Classic card I knew was a Four Sport after finding out the Schwab card I had was the same thing.. 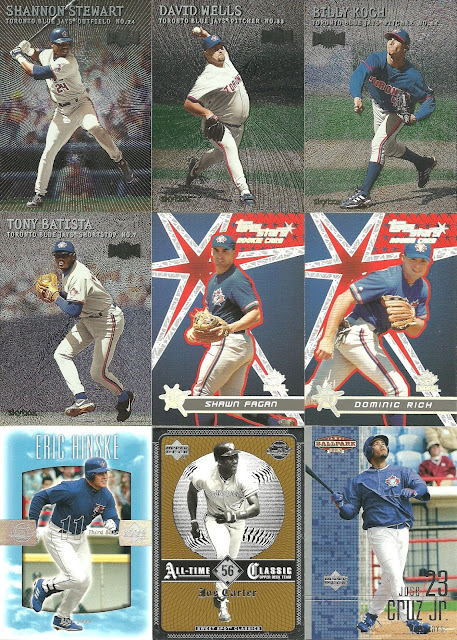 The Metal Universe cards were interesting, but at the same time, I never got the point of. That said, these slide into the collection nicely. 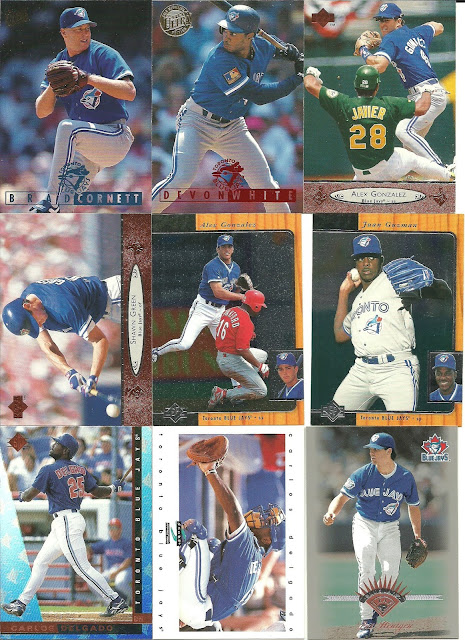 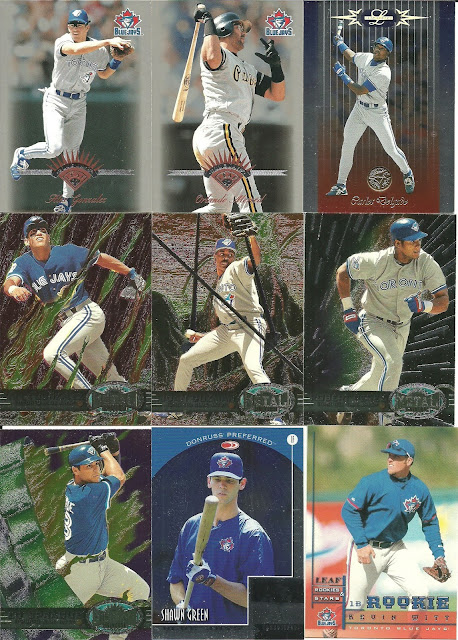 More Metal cards here.
Orlando Merced pictured as a Pirate, but catalogued as a Jay.. This was after the trade over. 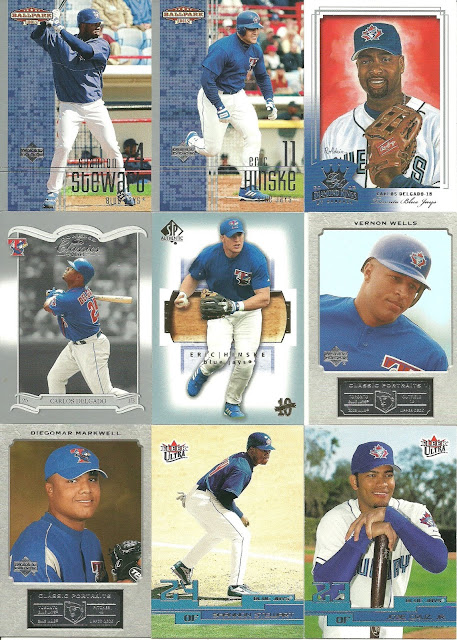 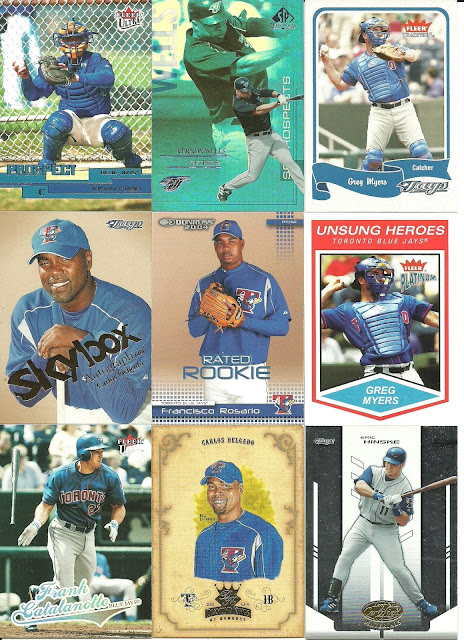 I still love Diamond Kings cards, even though I decided not to collect them aside from what fits.
It's odd seeing Greg Myers in the late 90s uniforms. 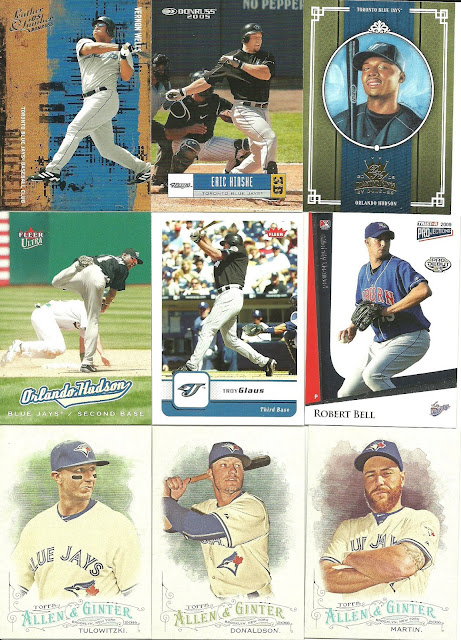 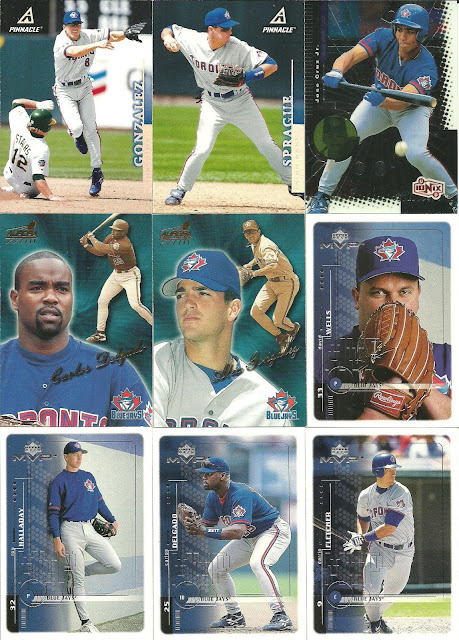 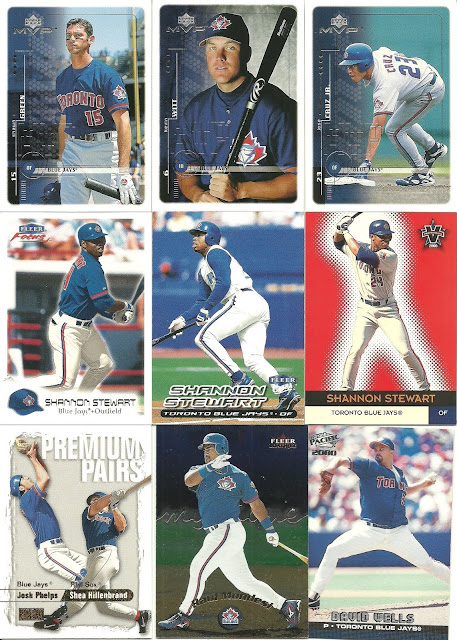 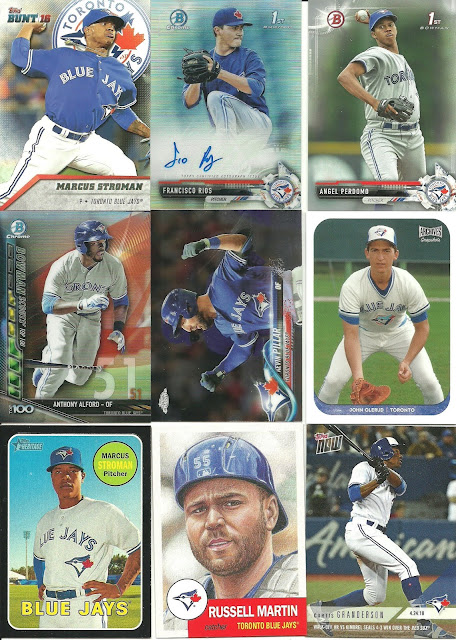 Here we're into modern cards. Francisco Rios auto. Angel Perdomo Silver card.
I love that Olerud Archives card..
Russell Martin from the Living Set. I was wondering if I'd ever see one of these.
Granderson in Topps Now. Again, cards I was never sure I'd see.. I'm not really interested in paying what amounts to $20 USD for a card.. 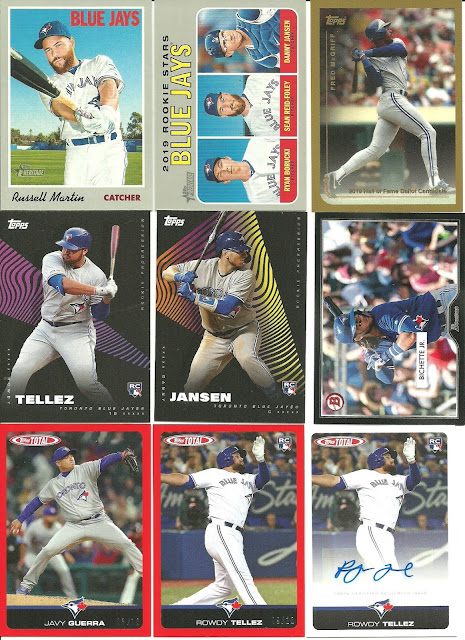 Some 2019 On Demand stuff here. The Fred McGriff is a Throwback Thursday card.
The Tellez and Jansen with the funky backgrounds are the Rookie Progression cards.
Bichette is showing a 55 Bowman inspired design.
Finally, a couple Topps Total cards. Javy Guerrera and Rowdy Tellez. The Tellez card hasn't been added to the Trading Card Database yet, so I can't add either of them to the collection.
I wonder if the auto card will be shown as a part of the base, or if they'll show it as an insert set later.. I don't know..

I promise to have things in the mail for everyone on the Team Collectors forum once I'm back to driving regularly again..