Some Expos From the Big Box

So in order to catalogue the Expos, I separated the Expos from the box

I want to show off some of the cards I got 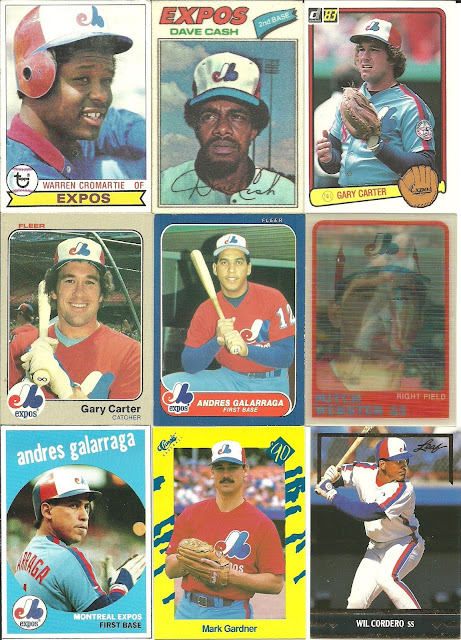 That 1977 Dave Cash is a cloth sticker. It's about the same size as a regular card. It's kind of cool.
I hadn't seen the Gold Leaf Rookies from 1991.. They're kind of interesting.. 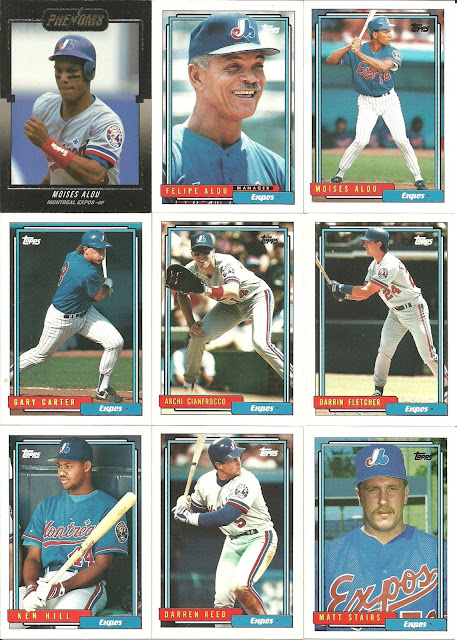 Those Phenoms cards, for whatever reason, scream to me to be a battery tie-in.. I just can't decide if it's Energizer or Duracell.. But I know they're from the Rookies set..
The 1992s here are all the Traded cards. 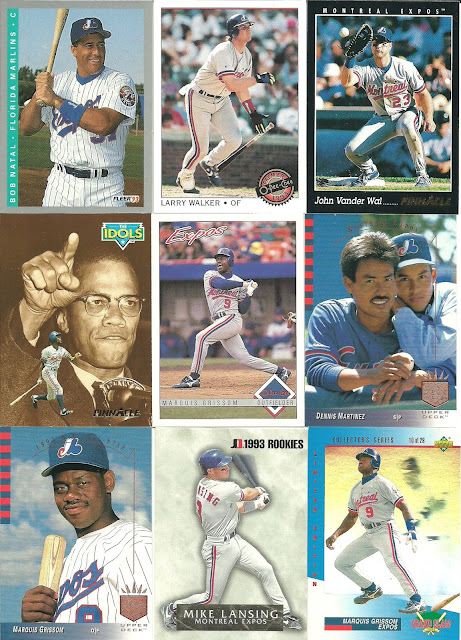 Bob Natal, while listed on the TCDB as a Marlin, since it says that name on the side... Is shown in Expos gear, so into the Expos list he goes.. 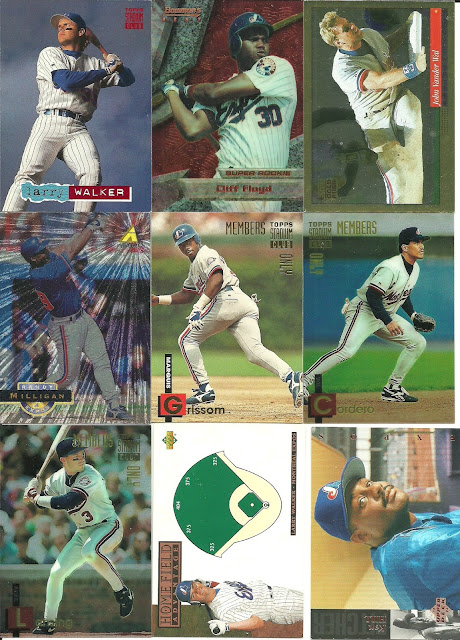 I love those Home Field Advantage cards. While they're not technically a "stadium" card, I still collect them since they show the dimensions of the fields..
Like getting Larry Walker cards as well. 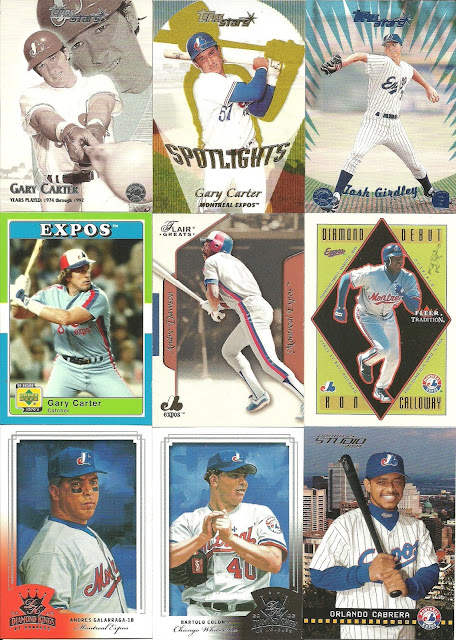 Much Gary Carter here. Topps Stars cards and a Upper Deck 70's card of The Kid.
I like that Dawson as well.
The Diamond Kings are nice as well. The Colon is the same kind of case as the Natal above. Wording says White Sox, but he's shown as an Expo. 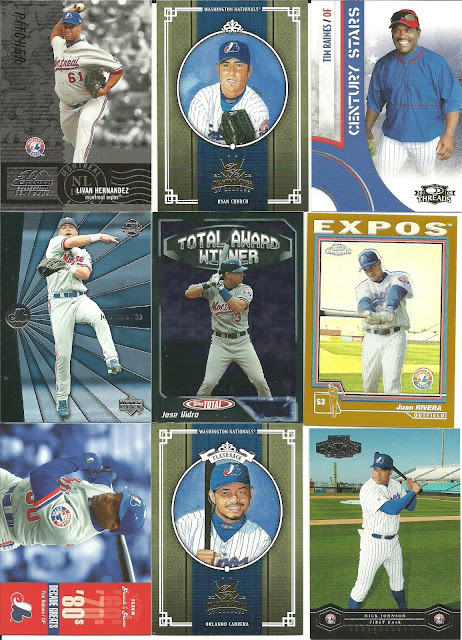 Is it me, or are Juan Rivera and Nick Johnson pretty much standing in the same spot?

Thank you to the Team Collectors member Promodeltodd!!!

I will be covering some of the Jays on a later date.

Incidentally, with this Expos infusion, I have 9210 cards towards the project.