A Check Out My Cards Order

I did a thing.. I bought some cards.. 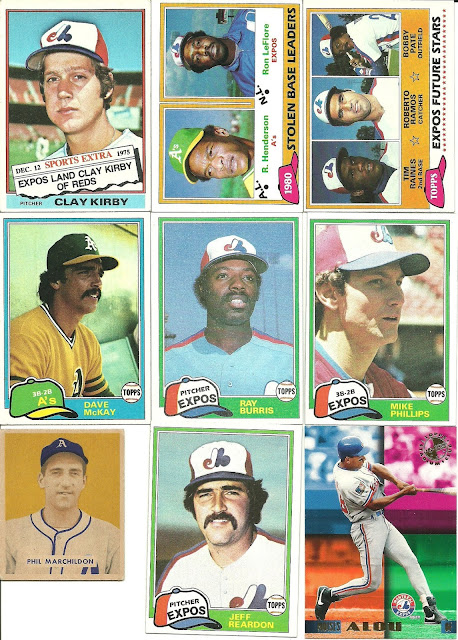 I was going through some of my want lists and found there were a couple I was close to finishing, so I thought why not see if I can get them on COMC when they had their last sale?

A lot of Expos here. The 1981 needs are done now, with these Expos and Dave McKay safely in my collection.

The nicest one though is that 1949 Bowman Phil Marchildon. He was born in Penetanguishene, Ontario. He played the majority of his career for the Philadelphia A's. 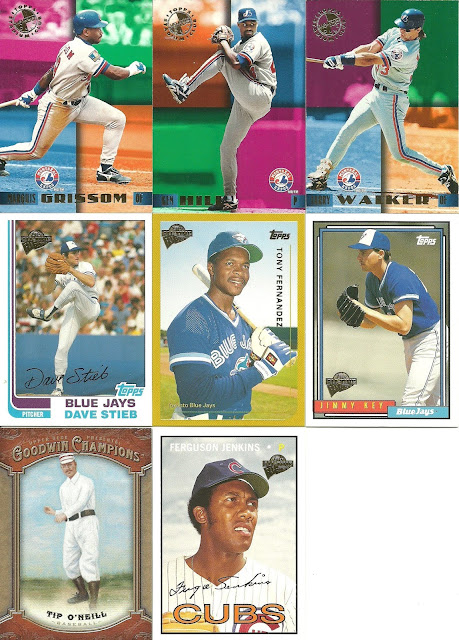 1995 Stadium Club Members Only.. I have the set, but I wanted seconds for the binder. I actually got two of the Walker.
I really like the All Time Fan Favorites sets.. I wish this was more of what Archives/Heritage is. Guys who don't normally get cards after their retirement. Though Fergie does show up fairly often in sets now..

The final is a Goodwin Champions Tip O'Neill.
He was born in 1860 in Springfield, ON.
He had a number of records that are honestly overlooked now because of the era he played. He had a .492 average in 1887 (adjusted to .435, since that year walks counted as hits)

He was one of the first inductees into the Canadian Baseball Hall of Fame. They also present an award with O'Neill's name to the best Canadian baseball player.

Interestingly.. One time US Speaker of the House Thomas O'Neill was given the nickname Tip as a kid for the baseball player.

Anyway, that's enough of me rambling. That was my purchase.