1992. The first time a certain blogger saw a Toronto Blue Jays game in person. It was during my school's Grade 8 trip to Toronto. We had horrible seats, but I loved it.

The 1992 team ended off with a 96-66 record and reached 4 million in attendance again. In a rematch of 1989, the Jays faced the Athletics in the ALCS. The difference came in the form of a Roberto Alomar home run off Dennis Eckersley.

The Jays faced the Atlanta Braves in the World Series. The Jays won in six games, winning in Atlanta.

Prior to the season, the Jays signed Jack Morris and Dave Winfield. In a tough month of August, the Jays sent Jeff Kent and Ryan Thompson to the New York Mets for David Cone. Jack Morris became the first pitcher in Jays history to win 20 games, but was also the end of the road for long-time ace Dave Stieb. 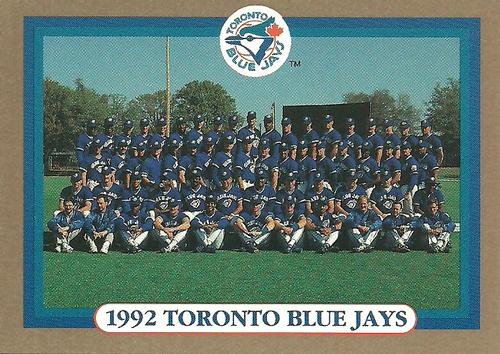 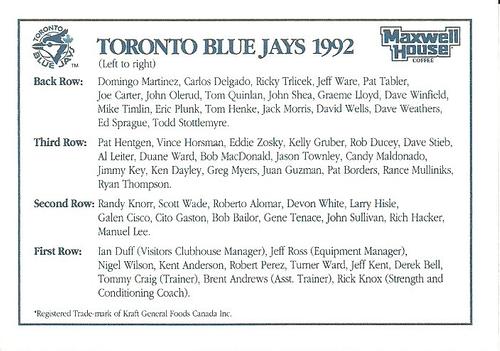