In the offseason, the Jays pulled off what could be argued as the biggest in team history when they traded Tony Fernandez and Fred McGriff to the San Diego Padres for Roberto Alomar and Joe Carter. Two days prior, the Jays got another integral part of the World Series teams by trading Junior Felix, Luis Sojo and a minor league player (Ken Rivers) to California for Devon White, Willie Fraser, and Marcus Moore. 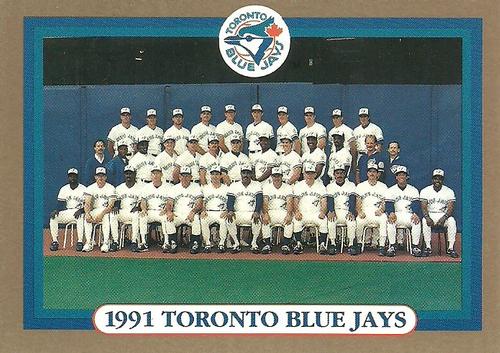 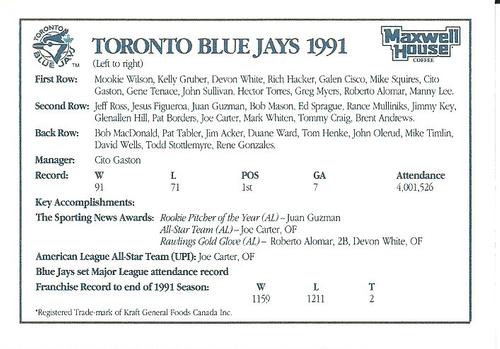 The Blue Jays clinched the division October 2, 1991. In an interesting twist, the Jays finished the season on the Road against the team they would face in the ALCS, the Minnesota Twins. Unfortunately for the Jays, they won once in the ALCS, losing to the eventual champion Twins.