This post will focus on the 1989 Blue Jays. 1989 saw a few steps in new directions for the Jays. GM Pat Gillick made his first trade in over 600 days when he sent Jesse Barfield to the Yankees for Al Leiter on April 30, 1989. Prior to this trade, the fans had started calling Gillick "Stand Pat".

One reason the Jays felt comfortable in sending Barfield away was they believed Rob Ducey was ready for every day play. 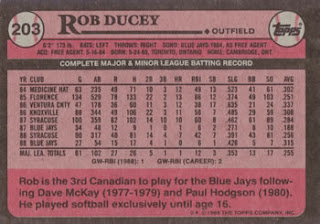 Unfortunately for the Jays, Ducey never really lived up to his potential. Junior Felix ended up with most of the playing time in Right Field as a result.

After a horrible start to the season that saw the Jays under .500, Gillick broke from another tradition the Jays had and fired their manager during the season. Up until the 12-24 record Jimy Williams put up in 1989, any managerial changes were made in the offseason. 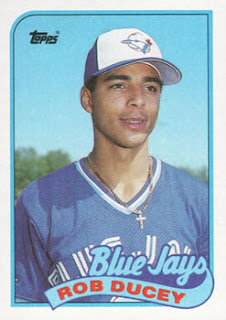 The Jays hired their new manager from within, moving Hitting Coach Cito Gaston to the manager chair. One final departure was the move to SkyDome from Exhibition Stadium. The Mistake By the Lake was left empty by the opening of the Dome, as both the Jays and the CFL Toronto Argonauts moved in. The final game at the Ex was May 28th, against the same team they opened the stadium with, the Chicago White Sox.

The Jays would improve over the rest of the season, clinching the East Division title on the second last day of the season against the Baltimore Orioles in Toronto. They ended up losing the final game of the season to finish with an 89-73 record.

The ALCS didn't go very well for the Jays, getting beat out in five games by the Oakland Athletics. In this seriesthe first 500 level home run was hit by Jose Canseco. 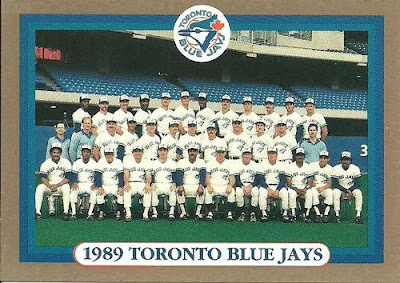 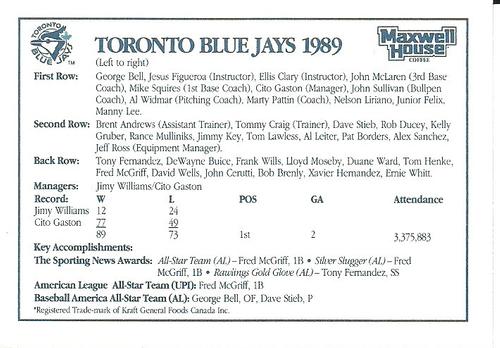