Recently I made a trade with Bo from Baseball Cards Come to Life!
What I received is a mixed bag of wants. 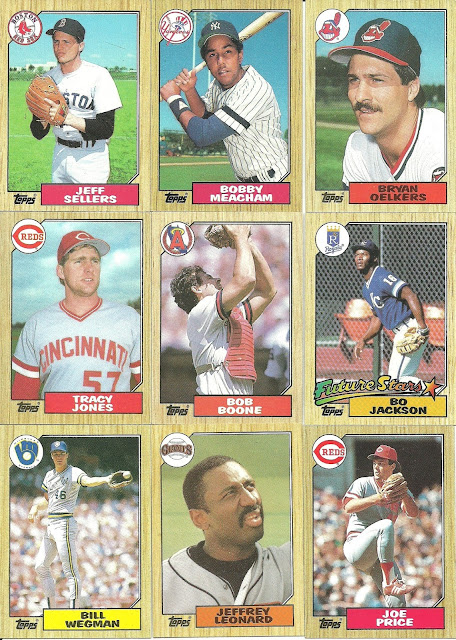 1987 Topps.. I am now 4 short from being complete. Bo Jackson appears in this batch. 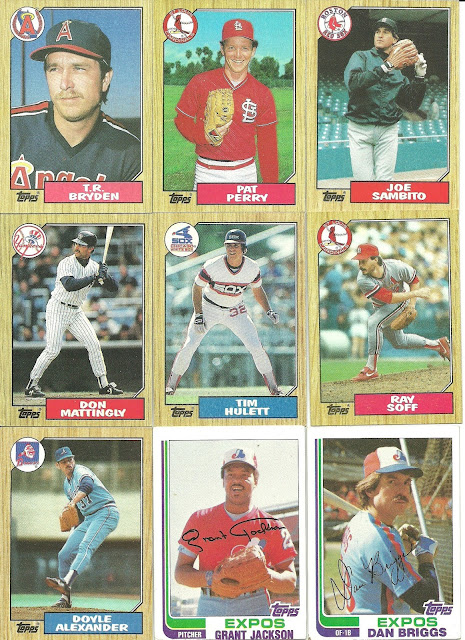 More 1987 Topps. The main names here I've heard of are Mattingly and Alexander. I do remember Tim Hulett though.
I still get a kick out of those White Sox uniforms.
1982 Expos also make an appearance here with Grant Jackson and Dan Briggs. 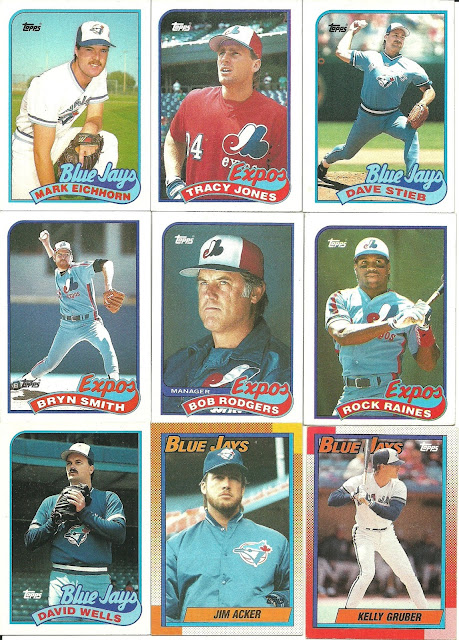 1989 Topps and 1990 Topps with a heavy Canadian influence. Stieb, Wells, Raines, and Gruber show up here. Mark Eichhorn, David Wells, Jim Acker and Technically Dave Stieb all did two stints with the Jays. The reason I say technically for Stieb is that while he did pitch for the White Sox in 1993 he also retired for four years before making a one-season comeback for the Jays in 1998. 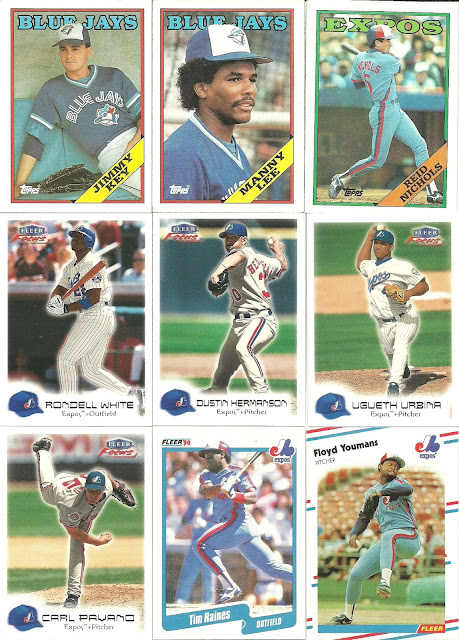 Fleer Focus. Until this package I hadn't seen these cards. They're certainly interesting. 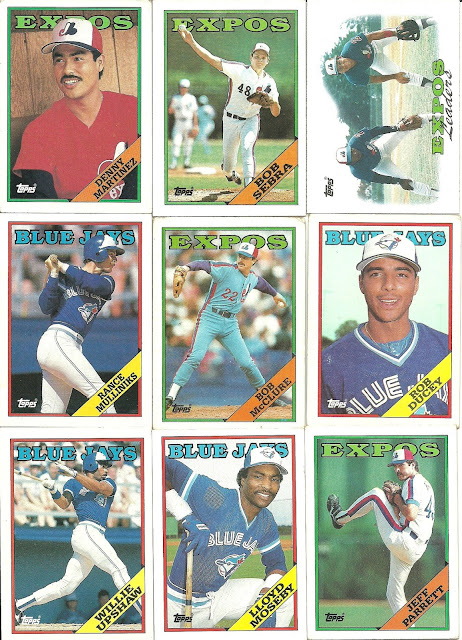 1988 Topps Jays and Expos. I have an odd hatred of Rance Mulliniks. I can't really describe it. Really it's the same with Frank Catalanotto, though I think Catalanotto's stems from watching him hit ground ball after ground ball to the second baseman..

To offset that little rant though, we have Rob Ducey. We also have Dennis Martinez when Topps was still calling him Denny. 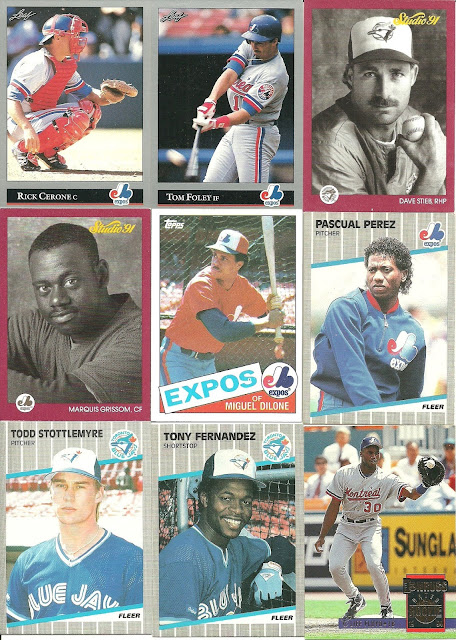 Further mixed bag here with Studio, Donruss, Fleer, Topps, and Leaf. Pascual Perez was the first of two Perez brothers pitching for the Expos. His brothers, of course, were Melido and Carlos.
For those who never witnessed it, Carlos would gesture on the mound after every strike. It was.. Interesting.. 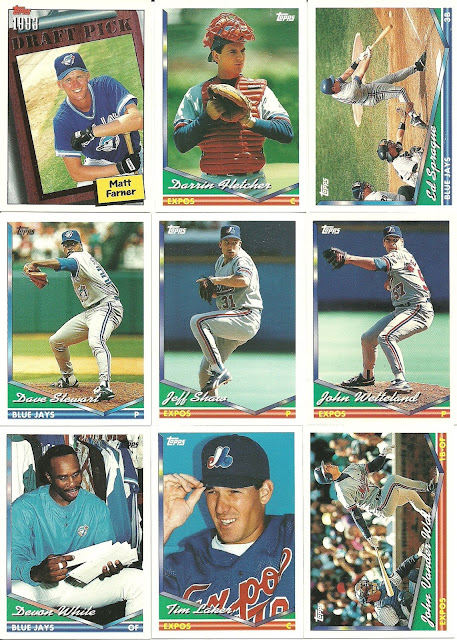 1994 Topps. Darrin Fletcher ended up playing for the Jays later in his career. Ed Sprague was an instant celebrity in Toronto for the home run he hit off Jeff Reardon in the 1992 World Series. After his switch to third base, however, he started getting the nickname E5 in Toronto.

Dave Stewart pitched two seasons with Toronto before going back to Oakland to end his career. 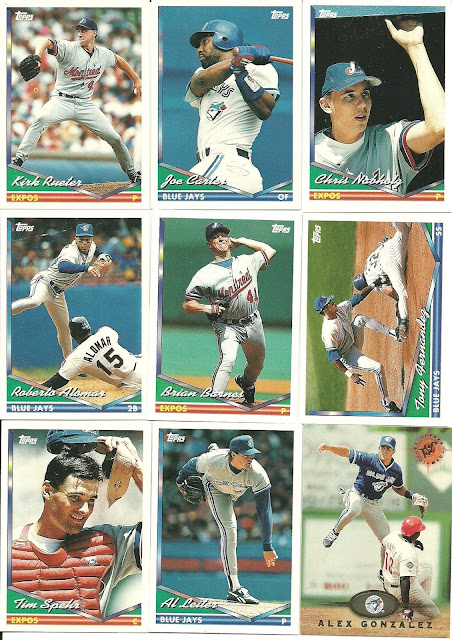 Roberto Alomar and Joe Carter appearances. Tony Fernandez in his second stint with the team.. Kirk Rueter was a decent pitcher for the Expos but did better once he went to San Francisco. 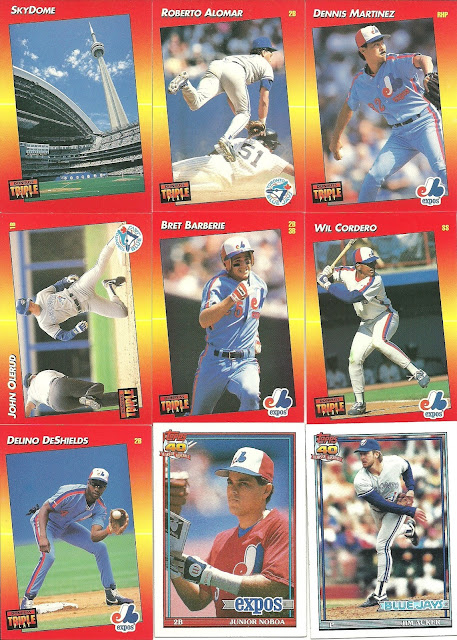 1992 Triple Play. There are people who don't like this set. I happen to like it. Oddly enough, I did not have the SkyDome card until now. I still want another one to throw into my ballparks collection. 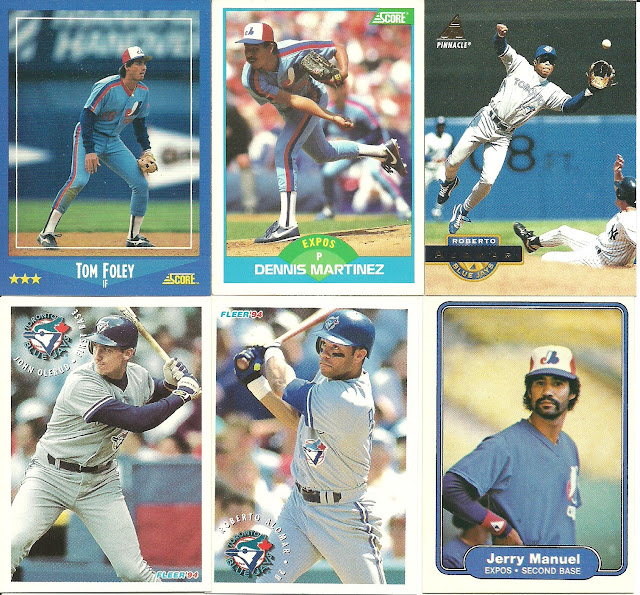 1994 Fleer Sunoco cards. I was able to tell the difference right away because of the lettering on the name and team.

Tom Foley and Tim Foli both played for the Expos at different times. I just find that a little odd. 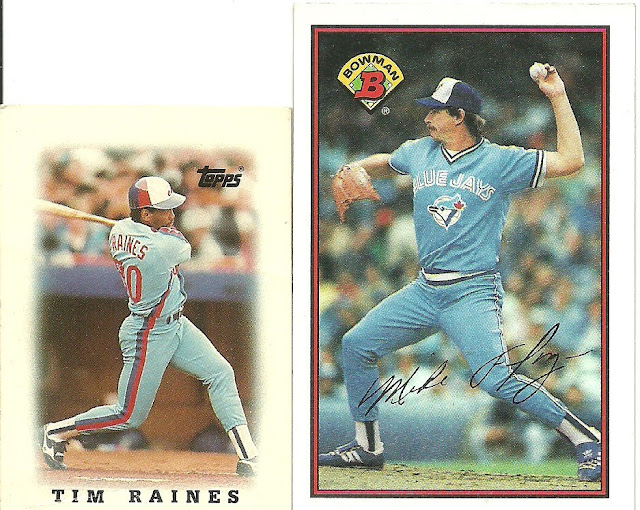 A 1988 League Leaders mini and a Bowman Mike Flanagan. I can't recall but were the first few Bowman sets larger than standard cards?

Anyway, thank you Bo for the trade! I hope we can work out another