I've had a couple packages come in over the last little while and I figured I should cover them.

First is a trade I made with Bruno162 on Trading Card Database (I'll have my stuff out to you on Friday) who sent me a group of 1992 Upper Deck Expos. 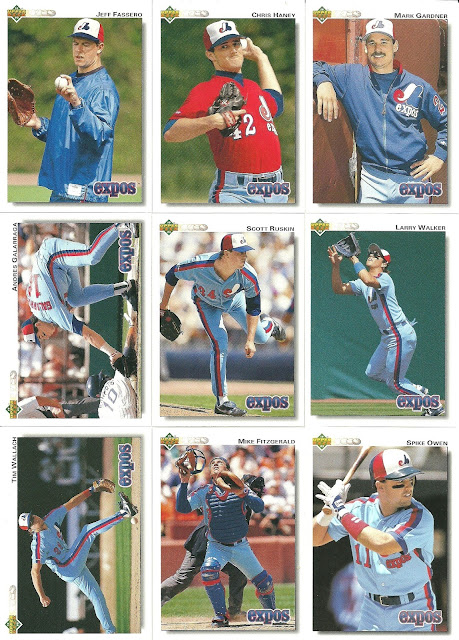 The funny thing is.. I know I had some of these cards before at one time, but I have no clue where they went to. I had the Walker and the Wallach.. In fact, that Wallach card was the inspiration for one of my Art Projects in OAC (a now defunct grade in Ontario.. Grade 13) 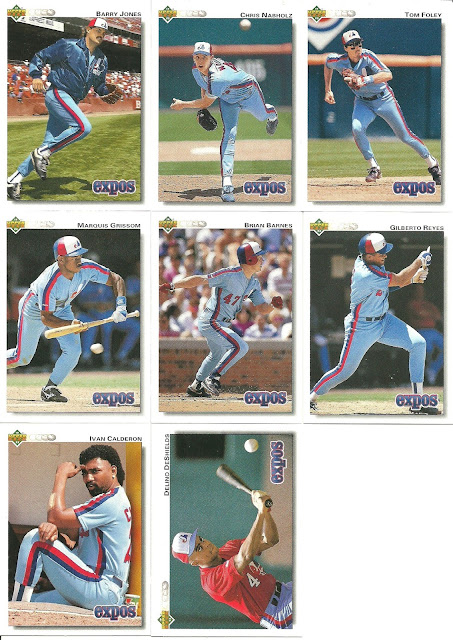 I know I had the Calderon as well.. I think I had the DeShields, but again, they vanished from this plane of existence. I'm glad to have these (some of them again for the first time lol)

The other one was a surprise from the Night Owl.

He also sent some Expos to me 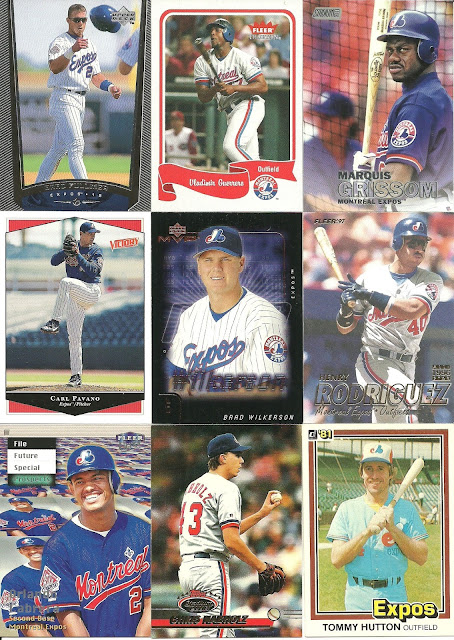 I know I had none of these beforehand.
I'm surprised at how much the 2016 Stadium Club looks like 1997 Fleer..
Brad Wilkerson spent time with both the Expos and the Jays.
Carl Pavano was part of the deal that brought Pedro Martinez to the Red Sox. 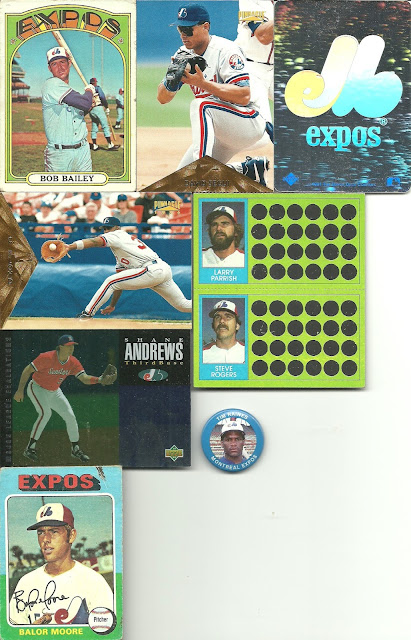 I remember making mention about the Bob Bailey on his blog when he said he got a second one.
Also, a Balor Moore mini. This is also the first time I've seen one of the scratch offs in person.

Thank you again for the cards, gentlemen!