Well, I bought a blaster box of Archives through Amazon recently since Archives do not exist in the backwaters of Peterborough Ontario.

Now to be perfectly honest, I had to double check my collection on the Trading Card Database to verify these were Archives and not Heritage. I find the two to be redundant, but that's a rant for another day.. Onto the cards.. 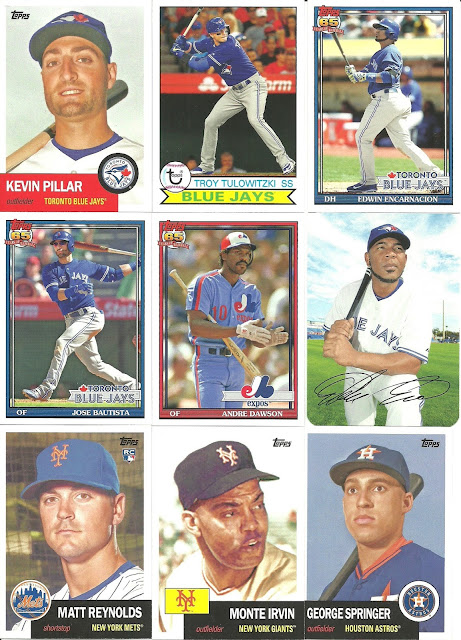 A group of Jays and Andre Dawson in an Expos uniform. I like the way the cards look, though I don't like the way they've done the team names for the 1991 throwback style. For reference, I've got a 1991 Expos and Jays card below 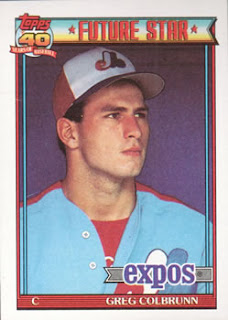 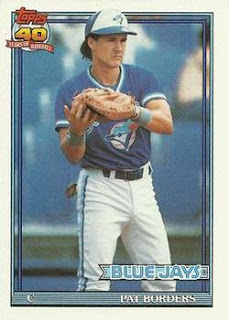 I like the mix of current and former stars in the set as it gives some collectors a chance at getting a card of someone they may have heard of from their grandparents without paying an arm and a leg for it.

George Springer either looks stunned or stuffed.. I haven't figured out which.. Either way it's rather disturbing. 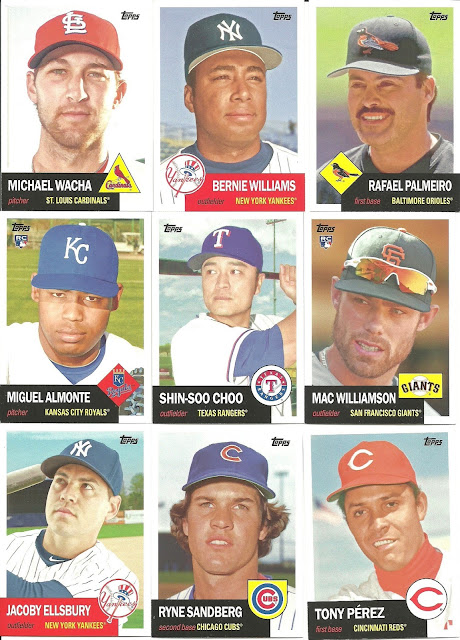 Rafael Palmeiro.. The man who went in front of the US government inquiry panel and adamantly denied he used PEDs only to be suspended for PEDs later..
Tony Perez will always be a Red to me, even though he played for the Expos. 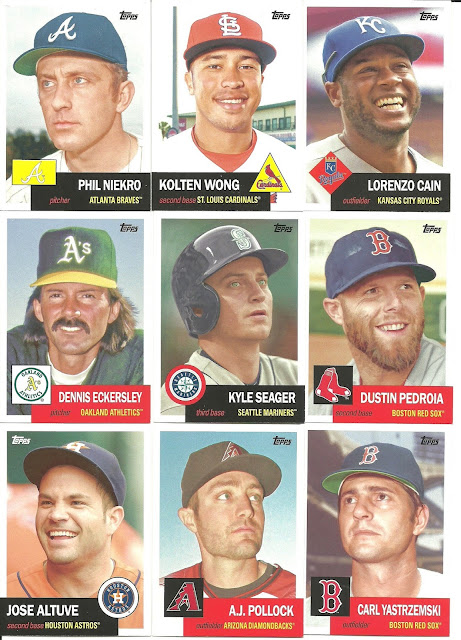 Phil Niekro briefly pitched for the Jays before retiring. I like the way most of these look though for some reason, Dennis Eckersley's face looks weird to me.. 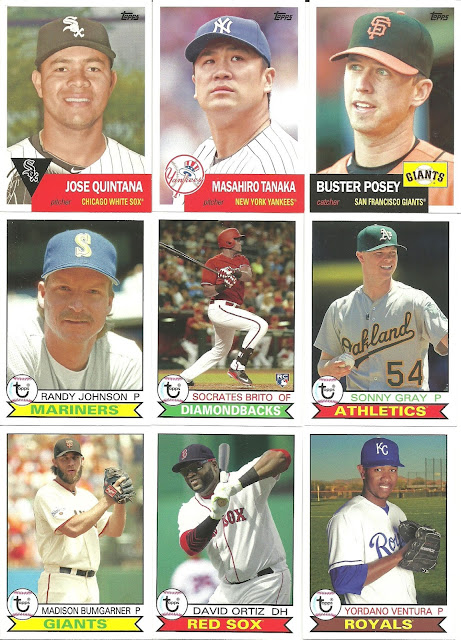 Not really much to say about these ones.. Mostly posed pictures aside from the Brito in the middle. 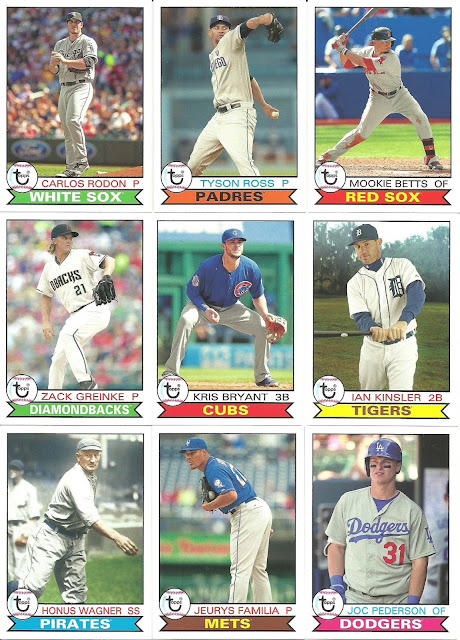 That Ian Kinsler looks like he's in the middle of a forest clearing somewhere, maybe at a softball diamond or something.
I really like that Honus Wagner card. 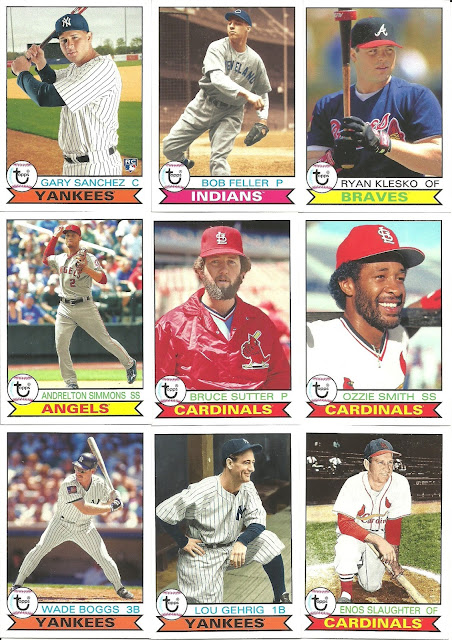 Mostly retired players here aside from Simmons and Sanchez. I almost would have preferred Boggs in a Devil Rays Uniform.. 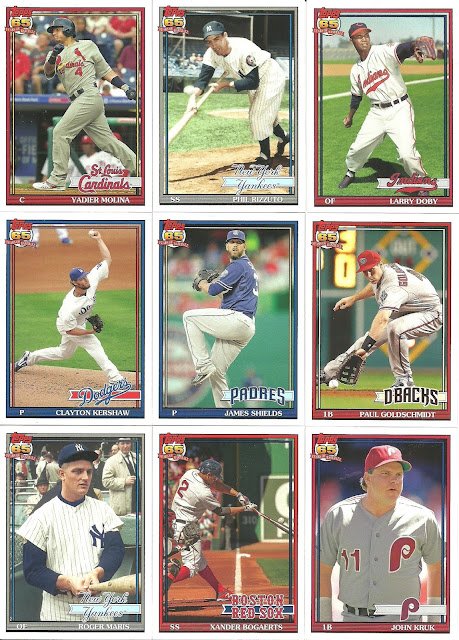 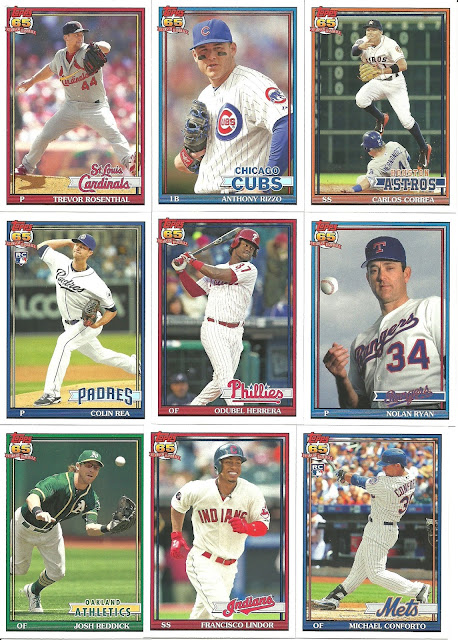 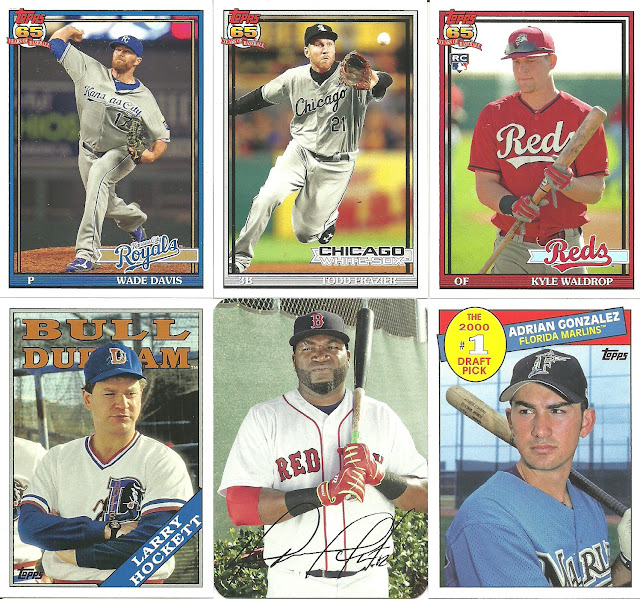 The Bull Durham card I got was Larry Hockett, Robert Wuhl's character. Another of the Super cards, this time of Ortiz. Adrian Gonzalez as a Marlin. I forgot he started there. 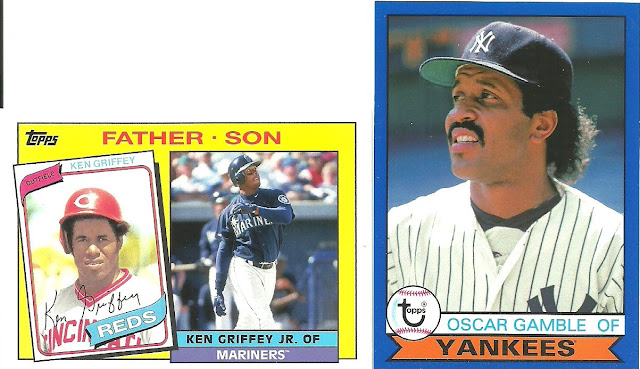 I really like the Father/Son cards. I've always liked things like that. I can't really explain why though.

The Oscar Gamble is a parallel numbered to 199. It also mocks me a little.. 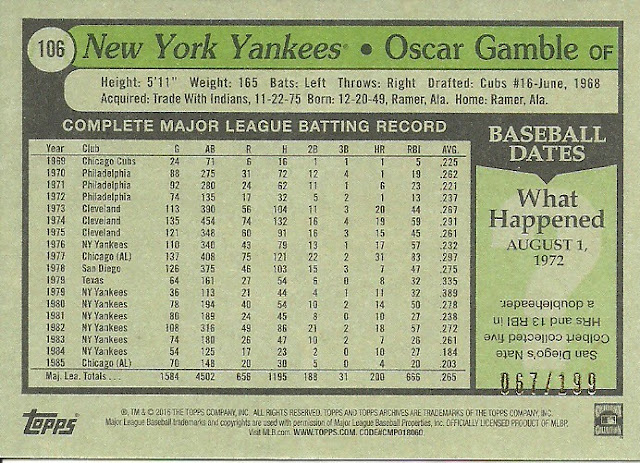 This is my second serial numbered card that was numbered 67. This is also the second number 67/ that was featuring a Yankee player.

67 is my favourite number. When I played little league baseball, and later on slo-pitch as an adult, I wore 67. Many of my usernames carry 67 in it somewhere. So I was thinking at one point maybe starting a collection of serial numbered cards 67/. At this time, however, it's still just a thought, as I feel I have too many things I'm trying to collect to complete.