Canadians in the Majors: Jeff Heath

Today I'm going to cover a guy I've wanted to for a while. I know as of right now getting a card of him will be next to impossible, so I'm using images from the Trading Card Database again.
(I really hate to do that)

Explanations out of the way, I'm excited to write about Jeff Heath.

I had to find a map that showed Fort William and Port Arthur to illustrate. 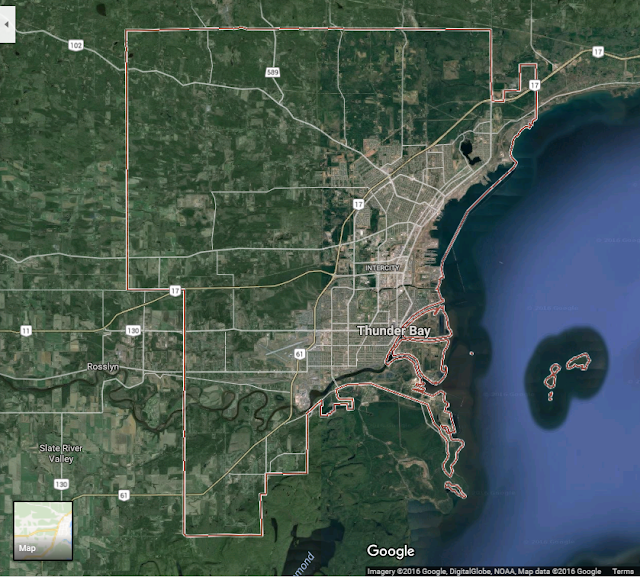 Jeff Heath was born in Fort William but moved to Vancouver, British Columbia before settling in Seattle, Washington.

In 1935, he signed with the Yakima Bears of the Northwest League. After touring Japan with the team, he had issues re-entering the United States (some things never change) so he became a US citizen.

He was signed by the Cleveland Indians. The scout who signed him reportedly said "If this kid isn't a big leaguer, I don't know baseball." 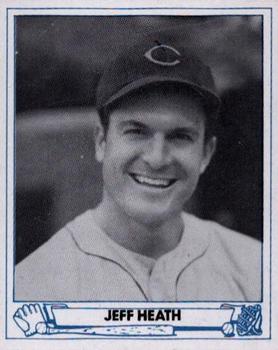 He had a drop off the next year and a further decline in 1940, ending with a .219 average 16 doubles, 3 triples, 14 home runs and 50 runs batted in.
Part of the decline was due to clashes with the manager at the time to go along with him trying too hard to replicate his first full season.

In 1944 he was rejected for service in the War due to a knee problem. During the season, he was used primarily as a pinch-hitter.

In the offseason, he had knee surgery then got into a contract dispute with the Indians. He returned in June of 1945 and made the All Star team again, though the game was not played due to travel restrictions.

In 1943, he became the Second Canadian Born player to hit 100 Home Runs. The first was George Selkirk.

In 1947, attitude issues that plagued him in Cleveland surfaced again in St. Louis. On the last day of the season, he was showering when his final at bat of the season came up. After the season, seeking to overhaul the roster, the Browns looked to the National League to trade Heath. 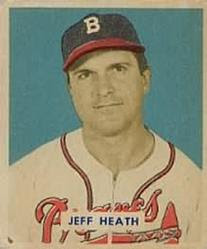 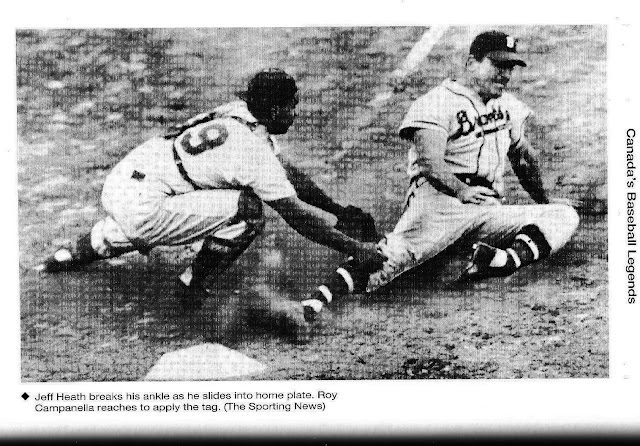 This photo is from the book Canada's Baseball Legends.
He missed the remainder of the season and the Braves ended up losing the World Series to the Indians.

He spent part of 1949 in the minor leagues, playing 36 games with the Braves.
The Braves put him on waivers after the season and offered him a managerial position, but he declined.

Before his retirement, he played 57 games for the Seattle Rainiers of the Pacific Coast League.

For his career, he ended with the following numbers:

He also had the distinction of having the most Home Runs by a foreign born player until Bobby Thomson passed him. 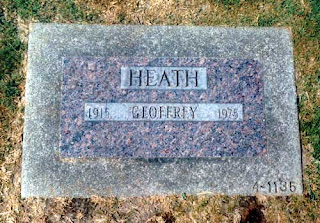 He is buried at Lakeview Cemetery in Seattle. So there you have it. A major league player from the city I was born in. I hope you enjoy reading this