Well, I decided to get a little something to celebrate my getting a job.. There ended up being a few more choices at WalMart than I remember.. I decided to go with this though: 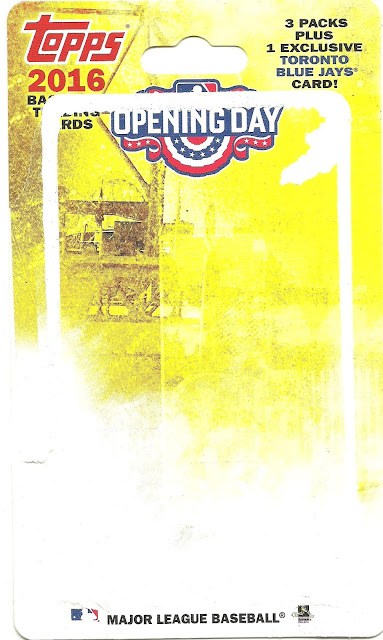 I had to remove the plastic pocket as it didn't scan well.. But yeah, three packs and a Toronto Blue Jays card for $8. 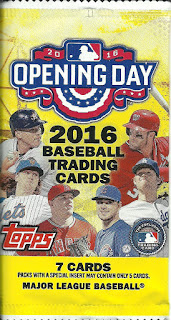 I decided on this rather than the flagship box or the Donruss box that were both selling for $25 or the smaller hanger pack of flagship because I was cheap.. lol I still have to wait a while before I actually get money.. 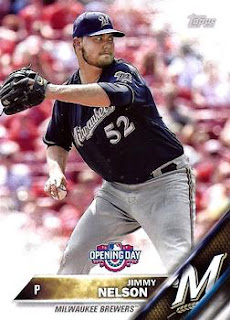 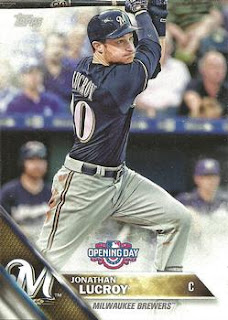 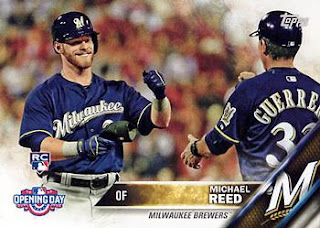 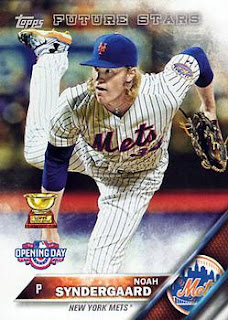 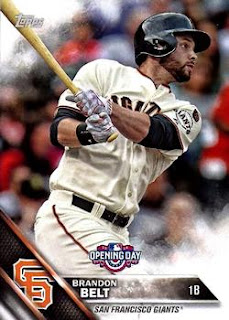 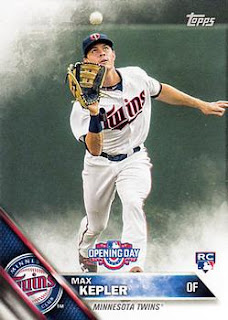 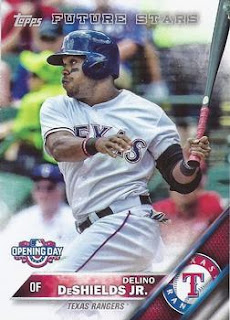 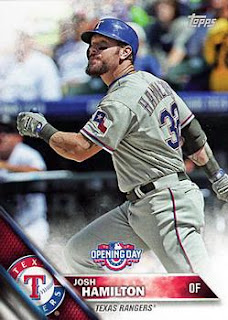 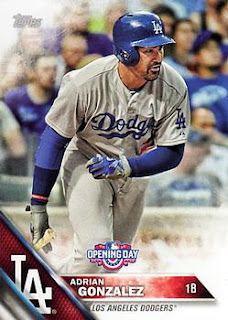 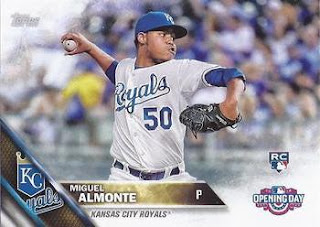 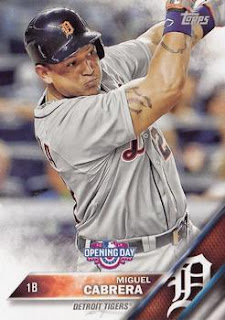 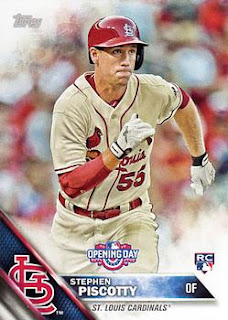 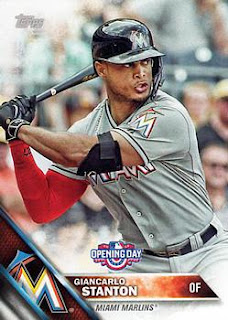 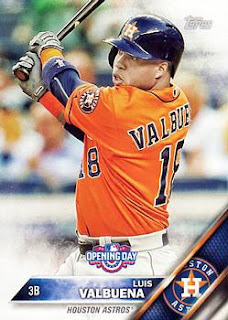 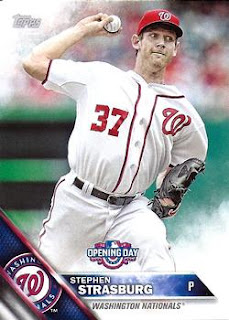 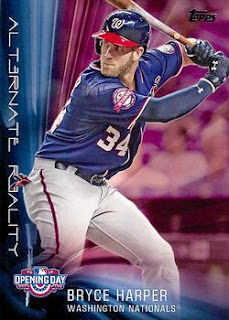 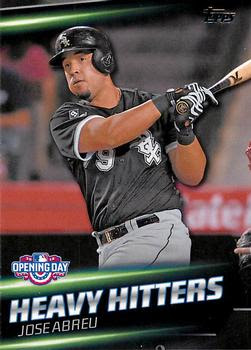 A couple Heavy Hitter cards.. I think these aren't too bad looking. 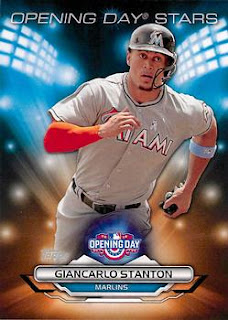 Another Stanton card. Opening Day Stars. Again, something rather interesting.. I don't know if I'd want too many looking like this though.. 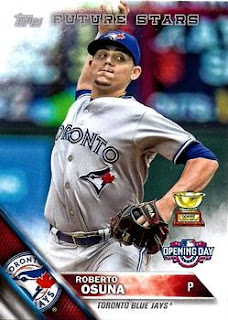 This was the loose card in the pack. 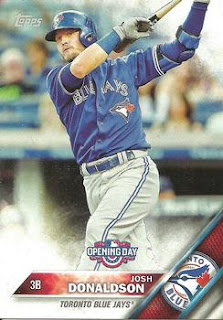 All in all, not too bad, though I would have liked more Jays..