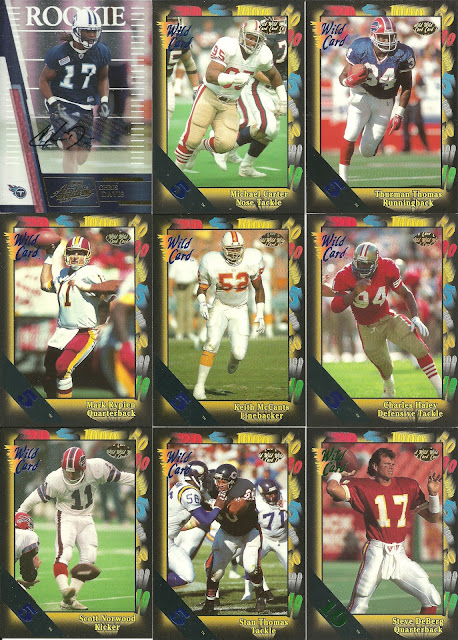 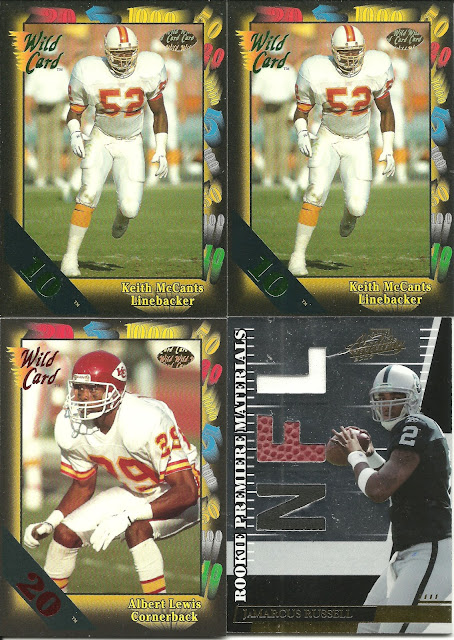 I got some football cards that, not going to lie, I'm probably going to try to flip as I don't watch or collect Football. I do like the Jamarcus Russell card though. 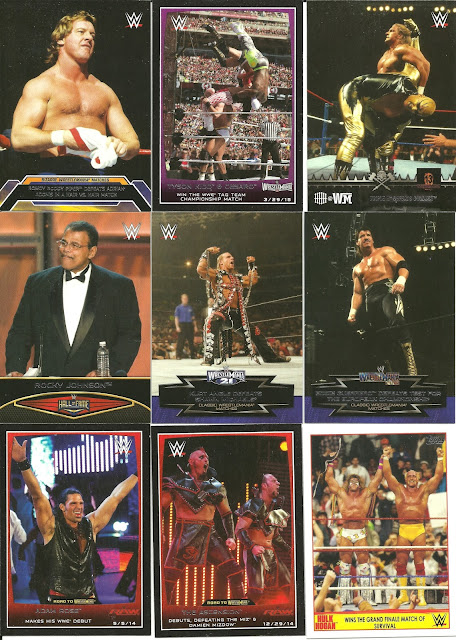 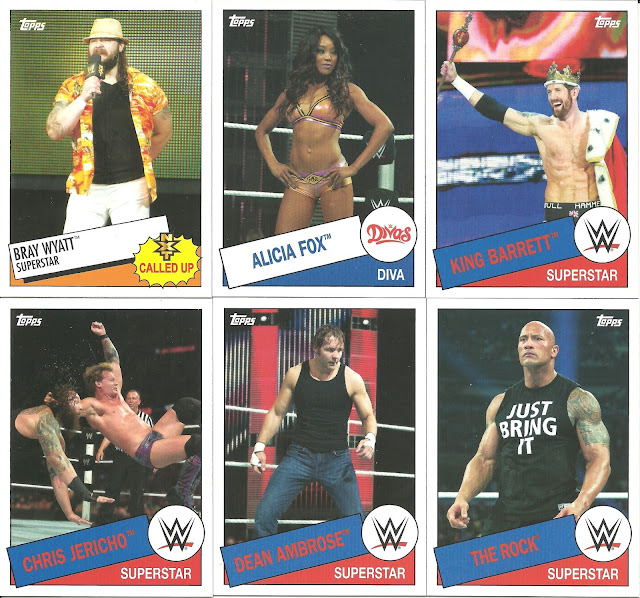 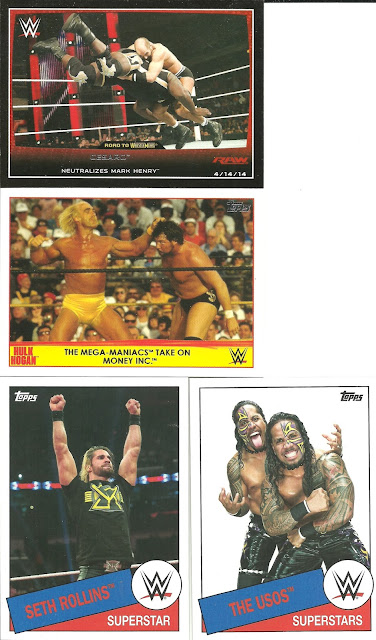 I pile of WWE cards. It's funny how hit and miss my collection of WWE cards is.. I have a bunch from 1989 then nothing for many years until I got some Chrome cards, and now these. I have to say I'm keeping these. I like them. 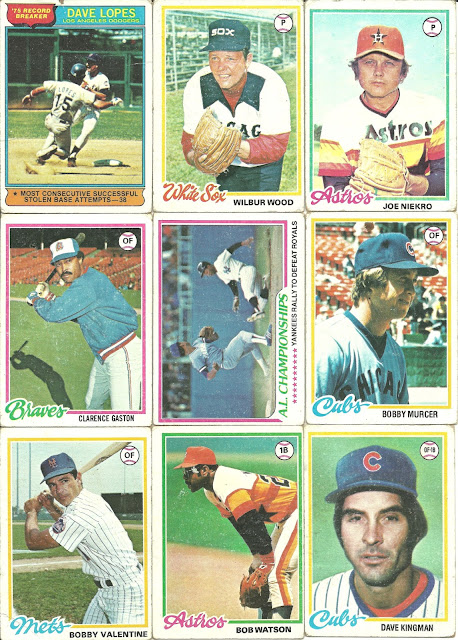 1978 cards! 1978 was a good year.. I made my debut on this wonderful rock, The Astros were searing retinas everywhere with their Tequila Sunrise uniforms (I love those unis, by the way) Cito Gaston was still playing, and Dave Kingman bounced around, playing for a team in each division.

I'm almost tempted to say that he's wearing a Mets uniform with a Cubs logo airbrushed onto the cap. 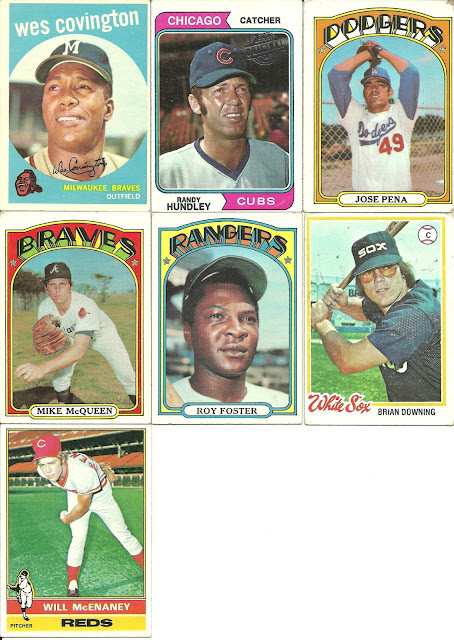 Some other early cards. And a buyback. 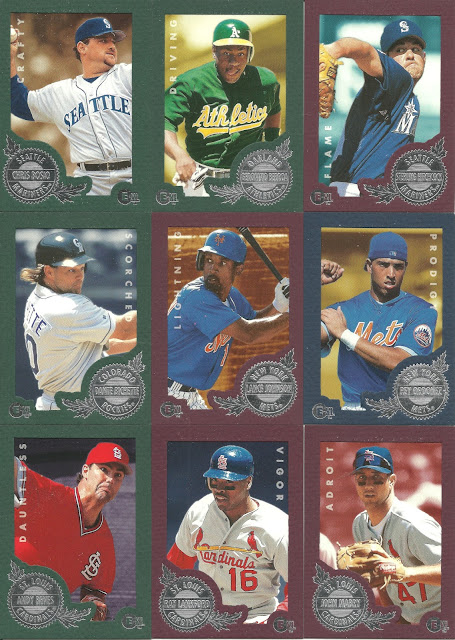 I had never heard of this set before I received these from Thorzul. These are... Interesting.. The border is raised slightly from the photo, almost like it's a construction paper cut out glued onto the card. That, coupled with the Descriptor words on the cards make them unique. 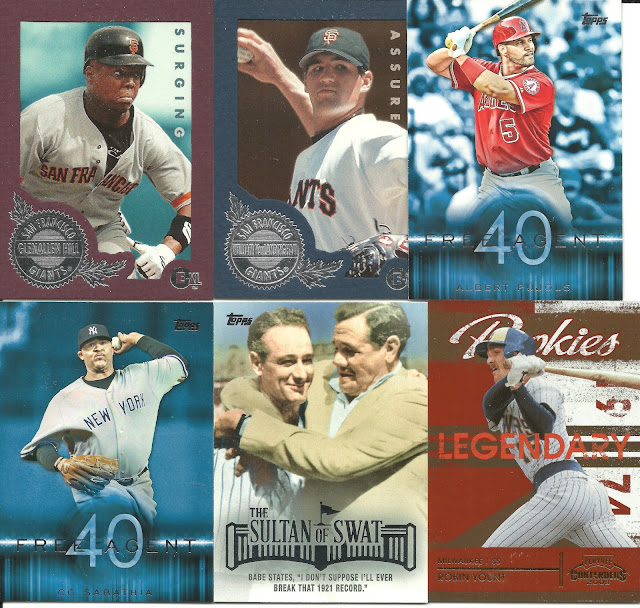 A couple more plus a few inserts. The VanLandingham card is a normal sized card, I just didn't notice that the Pujols card wanted to cut in front. 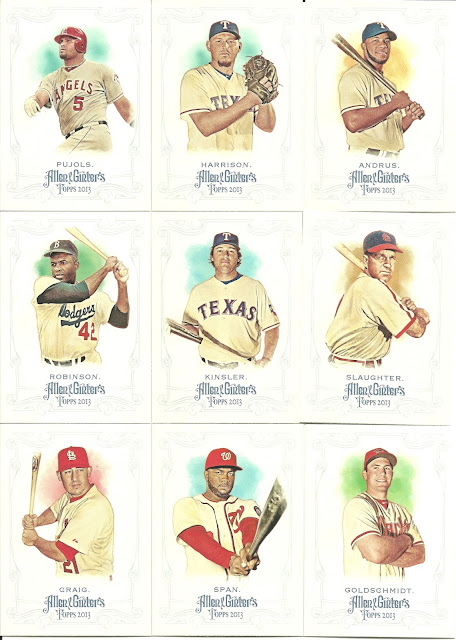 Allen And Ginter. There's something about these I like. It may be the simplicity of a white background with the player on it. I did happen to notice the Rangers in there as well. 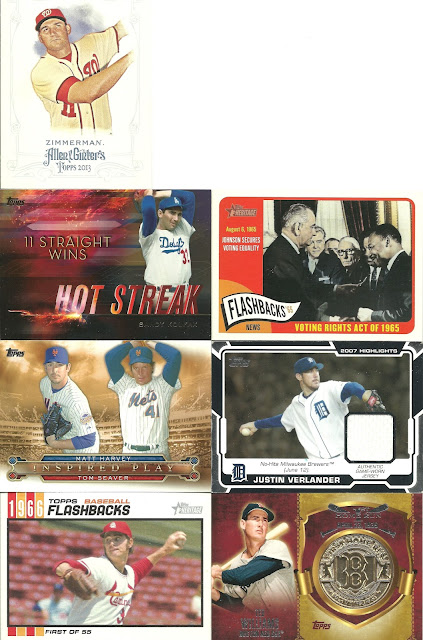 Another A&G plus some more inserts. The Inspired Play insert set is interesting to me. I also rather like the Williams coin and the Verlander..

Now.. The main reason I pulled the trigger. There's been a couple times previously that there's been cards I wanted to get in these Pull the Trigger deals that I have had to pass on simply because poor.

I saw that Dawson and I said I must have it.

Mixed in with the A&G cards were two Jays as well. Colby Rasmus and Brandon Morrow. They're definitely going into the Jays Binder!

Again, I just want to say thank you to Thorzul for putting these available for someone to Pull the Trigger. I'm happy I was the one who was able to this time around.