A Delivery from an Owl

I got a wonderful little surprise in the mail a couple days ago.. I had a package dropped off from The Night Owl  and his blog.

One of the sets I'm trying to complete is the 1987 Topps.. Previously, N.O. sent a bunch and promised more were on the way. I completely forgot about that until these showed up on my doorstep. 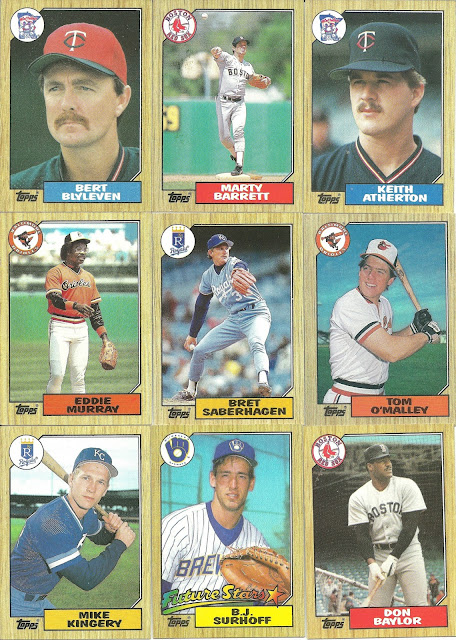 There were a lot of Royals, Twins, and Brewers in this pile. I have to say I love that BJ Surhoff.. lol
Honestly, when I think Milwaukee Brewers, that uniform is the only one I think of. 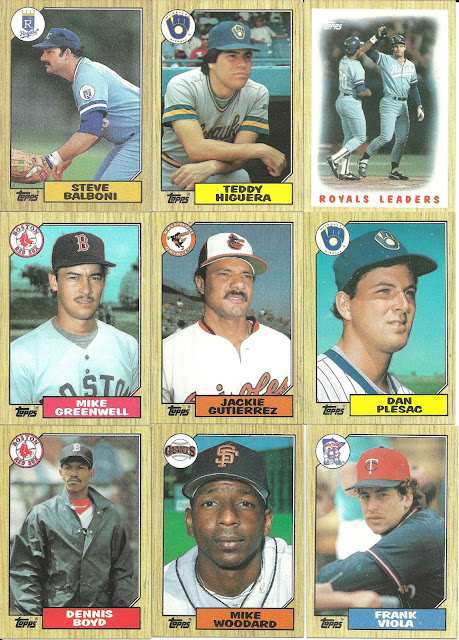 Frank Viola without the 'stache!!! Looks odd.. Dennis Boyd as a Red Sox player. I wonder if this would have been before the "Oil Can" nickname.. 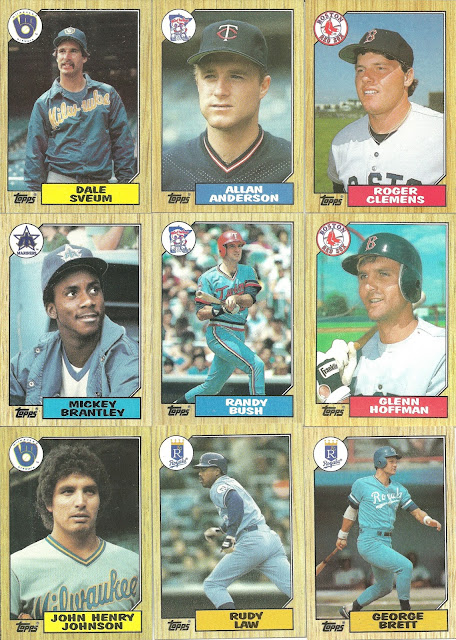 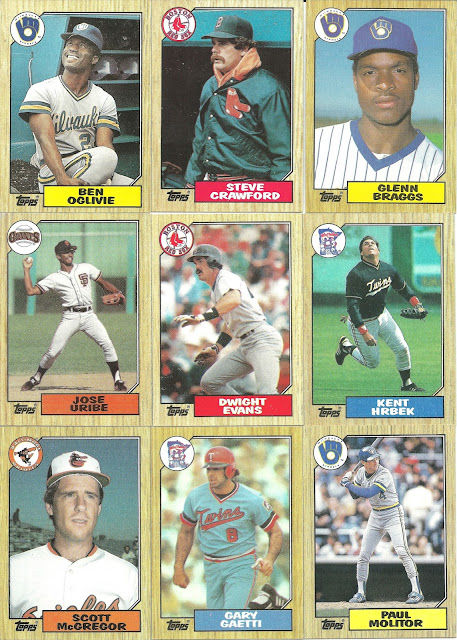 More Brewers and Twins. Glenn Braggs, who was mentioned a couple days ago on Off Hiatus Cards, makes an appearance here.. In fact, this is his Rookie Card..
Paul Molitor and Gary Gaetti also make appearances here. 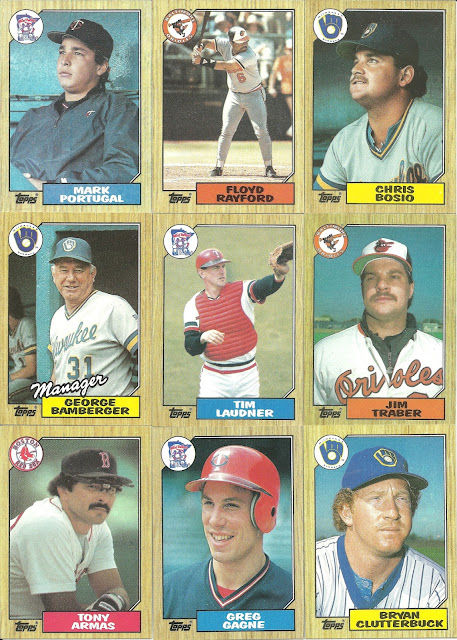 I never knew Mark Portugal was a Twin.. I just knew him as an Astro.. Greg Gagne shows up here as well. Kind of funny but at the same time as Gagne being in Minnesota, another Greg Gagne was making a name for himself in the Twin Cities.. I speak, of course, of the AWA wrestler Greg Gagne. 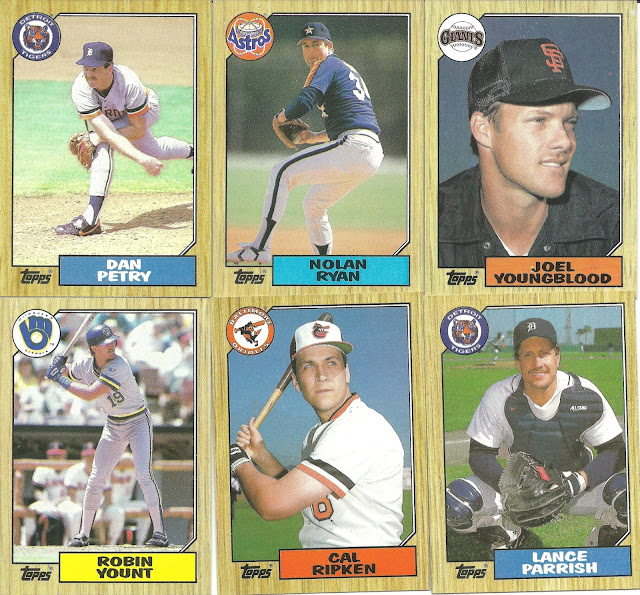 Some big names here.. Nolan Ryan, Cal Ripken, Robin Yount, Lance Parrish..
Joel Youngblood also makes an appearance.. He's got an interesting story.. In 1982 he played for two teams in two different cities on the same day. He started August 4 as a member of the Mets and ended the day as a member of the Expos.

Well, as of now, I have 633 of the 792 card set. I will be updating the want list for this set tomorrow as I need to get some sleep. Driving a school bus requires alertness.. Who knew?? lol