Well, I heard about this place through CrazieJoe and decided to take a look.
The first time I looked I was overwhelmed and underwhelmed.. Overwhelmed because I couldn't find a search function, and underwhelmed because you had to ask for pics for most of the cards.
After seeing some other bloggers getting stuff through them I decided to sit down with a plan and look again.
This time, I found the search function.. So I sat at my computer with my TCDB want list open for some Canadian players and went to work.
I found a nice little batch of cards. 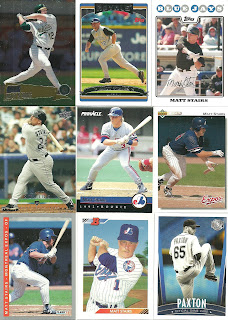 First let's start off with some Matt Stairs.
It's interesting how much he bounced around in his career.. That Pinnacle Rookies card is completely new to me, so I had to go back and order a second one.
Honus Bonus James Paxton fills out the row here. 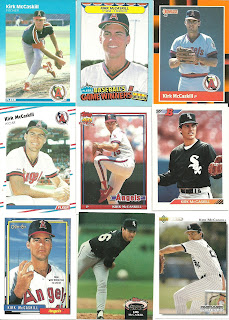 Next we have some Kirk McCaskill.
I think I may have mentioned it before, but he's a Canadian in name only, really. He was born in Kapuskasing where his dad played hockey. In a way, it's the opposite of Kevin Reimer, who is American in name only. 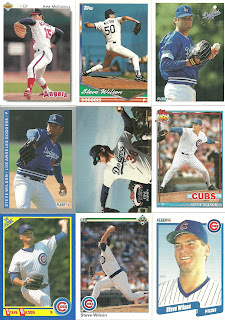 Some Steve Wilson cards. It's interesting that he's one guy I always have trouble finding online. 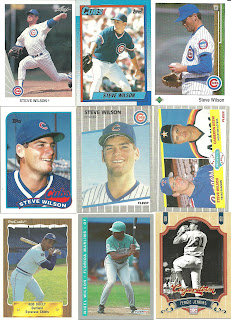 More Wilson, including a Nigel Wilson.
Rob Ducey in the Minors and a Fergie Jenkins show up here too. 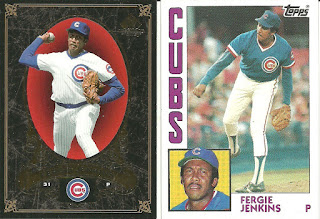 I can't believe it took me this long to get a 1984 Topps Jenkins. I thought I had one already, but I have two of the 84 OPC (one for the set, one for the Canadians binder)
After I received these cards I ended up going back and making another purchase.
Posted by Mike Matson at 2:41 PM