Cards from a Team Collector

I recently received a box of cards from Tony G, a member of the Team Collectors forum.
It was full of Jays and Expos

I gapped half way through scanning everything though.. I received a bunch of 2001 Topps from him that I didn't scan..

But I'm ready to show what I did scan! 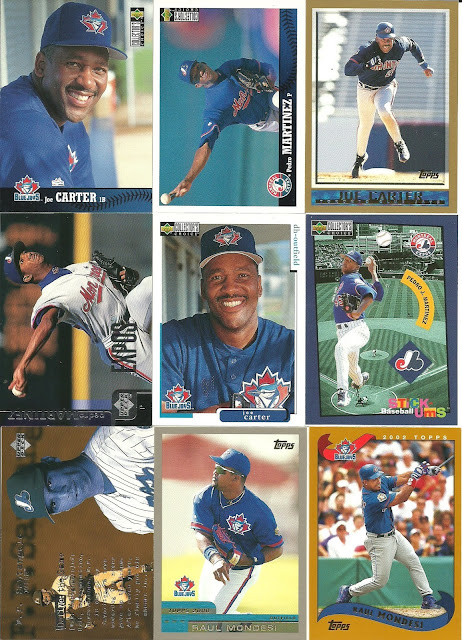 It was nice because a lot of the cards in here were of the late 90s and earliy 2000s where I don't really have much of..
Lots of Joe Carter to fill the holes.
Lots of Pedro Martinez as an Expo as well. Moises Alou also makes a number of appearances..
That Collector's Choice Best of the 90s card has me hearing Tom Cheek's Home run call from the 1993 Series. 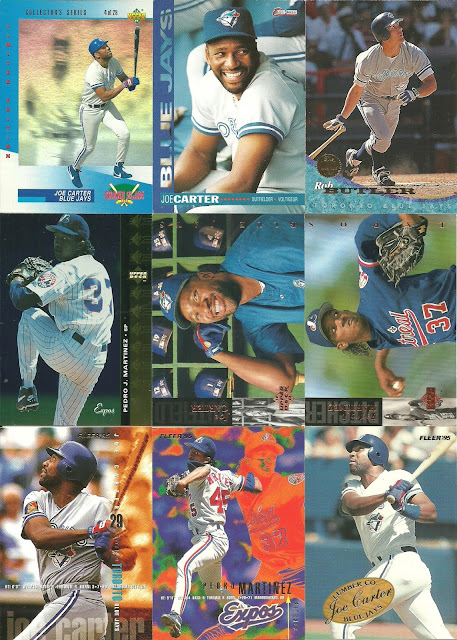 Some 1995 Fleer.
The NL East design kind of reminds me of Heat Mapping..
I like the fact that I was able to get an OPC card I didn't have as well.. 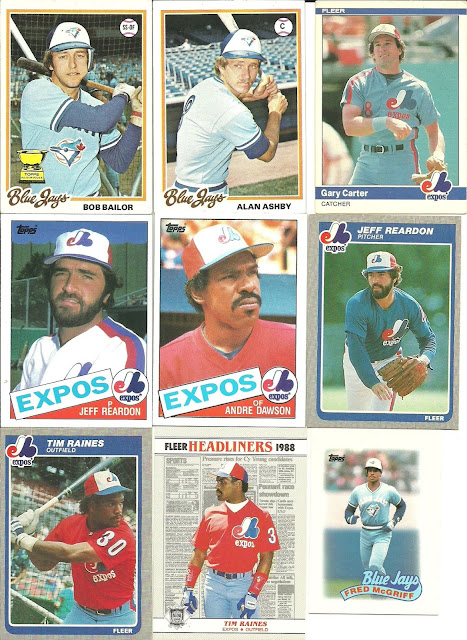 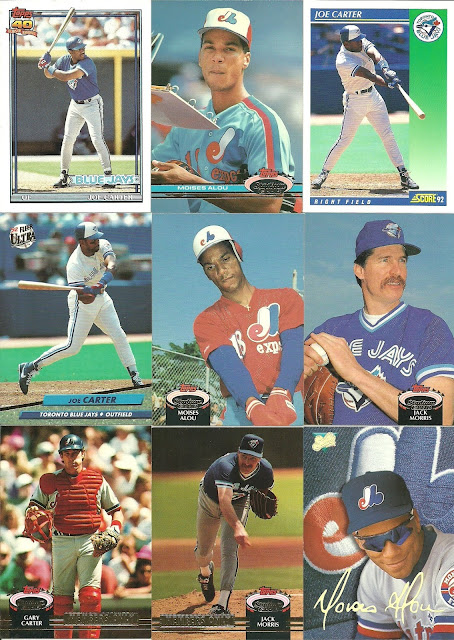 The first Members Only sets, from what I can tell, were multi-sport.. But here we have Gary Carter and Jack Morris. 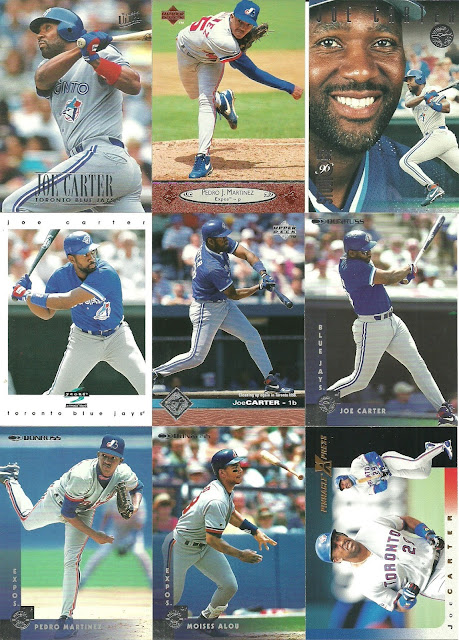 I'm really appreciative of the cards received, Tony! Thanks!

I have cards to send out to members of the Team Collectors Forum.. Just have to get them bagged and enveloped..

I'm into 2004 of the Great Sort and cataloguing my Expos..