I want to do some trade housekeeping right now..

I've received a couple packages in the mail recently from the TCDB and a couple purchases I've made..

First is a trade from TCDB member Shaggy69. 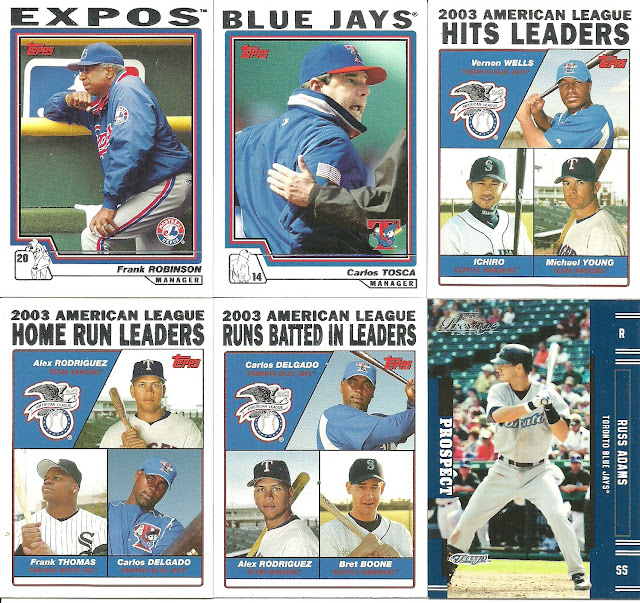 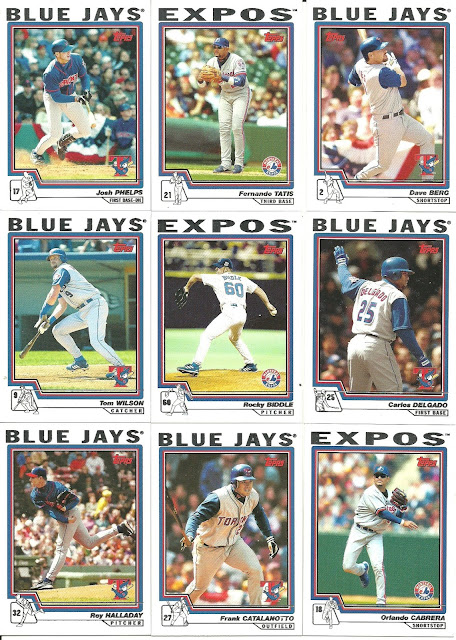 A bunch of 2004 Jays and Expos.. 2004 was a down time for me in the collecting game.. I was in Bridgenorth, just outside town.. I very rarely left Bridgenorth to come into town and as a result, rarely got to buy cards.

There are some names here I enjoy seeing though.. Delgado.. Halladay.. Cabrera..
I may have mentioned it here before, but my only memory of Catalanotto in a Jays uniform is grounding out to second.. I do that on The Show and I call it a Catalanotto Special..

The next is from TCDB member MMehler. 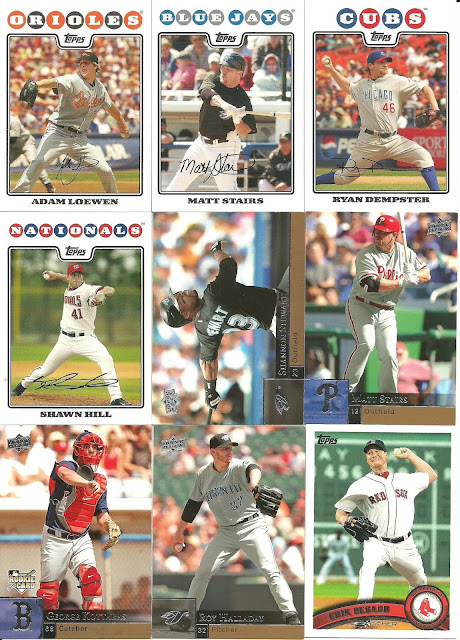 Aside from Shannon Stewart and Doc, we have a lot of Canadians..
Two Matt Stairs cards, even..

Thank you for the trades, gentlemen!!

Now, the pickups I had..

First, I bought Set 22 of the Throwback Thursday cards from Topps.. I'm not really a fan of the On Demand/Online exclusive cards and will usually stay away from them.. But I've had to get a couple..
The first one was the Jays/Expos one they did a few months ago.. This one I picked up because half the checklist is Jays.. 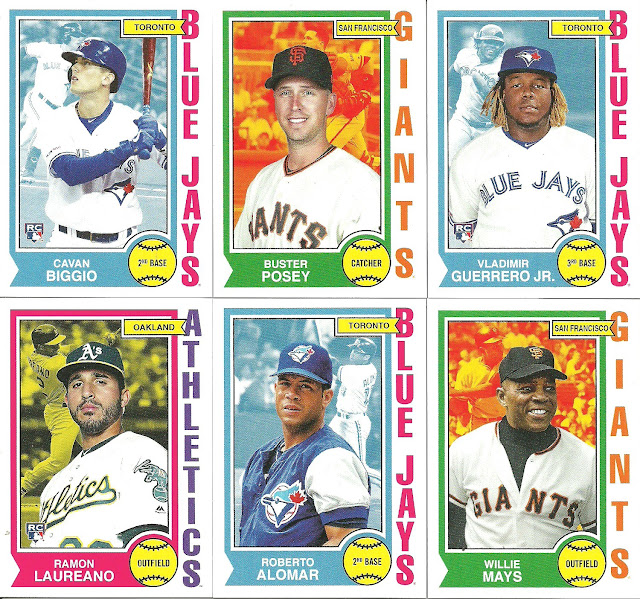 Of course, yet another Vlad Jr card..
Cavan Biggio is a nice get too..
I kind of miss the 1992 uniforms

The final purchase was another from First Row Collectibles. 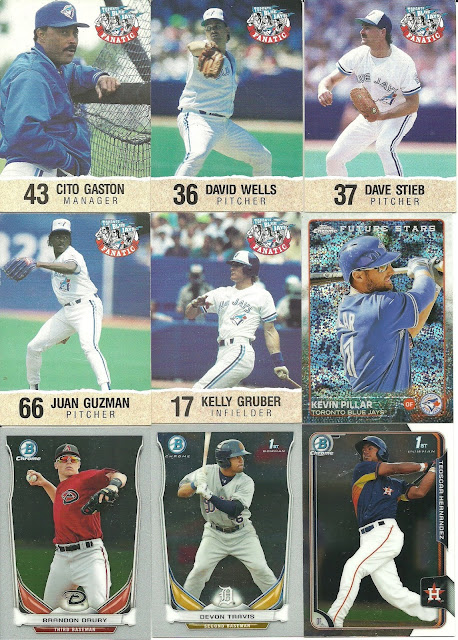 I bought the 1992 Jays Fire Safety cards here. Curtis threw in the other cards here as a surprise. I rather like the Pillar, though it looks different in hand than it does here.
I'm two cards away from finishing the Fire Safety set for 1992, and Curtis actually found the two I needed and is sending them to me.

Again, if you check out First Row Collectibles and make a purchase, at checkout use the code MATSON and get 50% off your order.