I had a little backlog of cards sitting at COMC waiting to ship.. When I started this sort, I also started keeping PDFs of the cards I needed to finish what I'm collecting from each set.

Well, I added a few cards I needed to what I had sitting at COMC to ship and had it shipped to me..

I admit I don't buy a whole lot at a time, so It's not like I get those 200 count boxes sent to me or anything lol 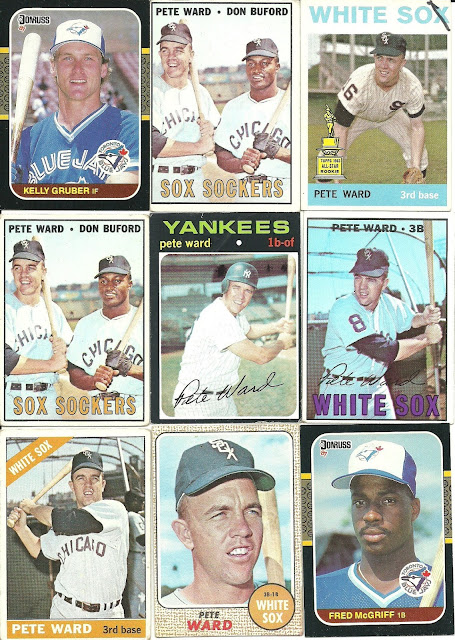 In my pursuit to collecting cards of Canadian born players, I found cards of Pete Ward. He was born in Montreal in 1937. He played for the White Sox, Yankees, and Orioles over nine seasons.
Now.. I'm sure you've noticed..
Two copies of the same card.. No it's not a case where I also got the OPC... I just was dumb and bought two of the same card..
At some point I might look for an upgrade on the Rookie Cup card since it has that marker stroke on it, but I'm not overly worried about it. 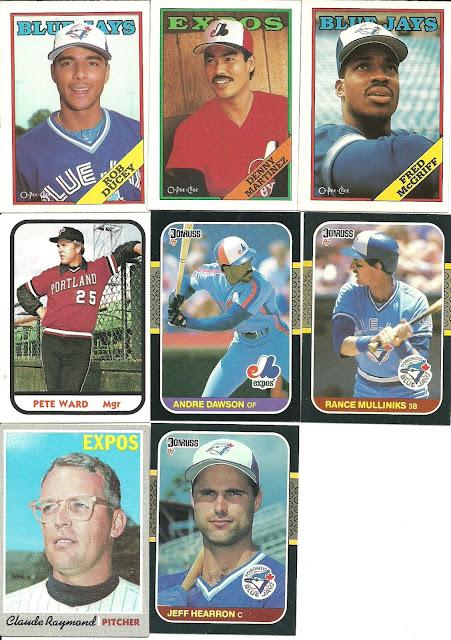 Some 1987 Donruss and 88 OPC. Oh and Pete Ward as a manager.
Finally, Claude Raymond 1970 Topps.. This is a card I need to find another copy of since he's also Canadian.

So that was my last purchase through COMC..