From time to time, I make purchases through First Row Collectibles

My last order was another birthday treat to myself, especially after I was given a promo code through Twitter.

So I went and bought a few singles. Afterward, I had mentioned in conversation that my birthday was on the 1st, so some extra cards were nicely thrown in as a Happy Birthday! 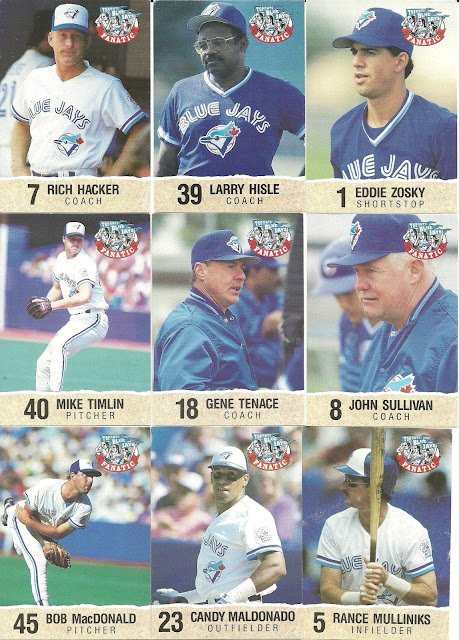 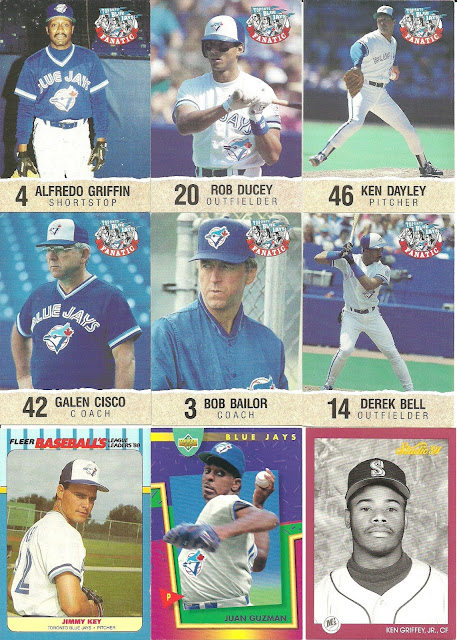 Some more 1992s.. I think I only need a couple left to finish that set. I know I need another Ducey for the Canadians binder. If there's another one at First Row, I'll pick it up through him before paying $2.25 US at COMC.
The late 80s and early 90s were intresting..
There were all these small standalone sets that, if released now, would definitely be inserts with the infinite parallels of each, likely with autographs and relics as well..

I also picked up a couple Expos and a Fergie.. I saw that Jenkins, knew I didn't have it, and decided I must have it..

Here are the cards thrown in as extras.. 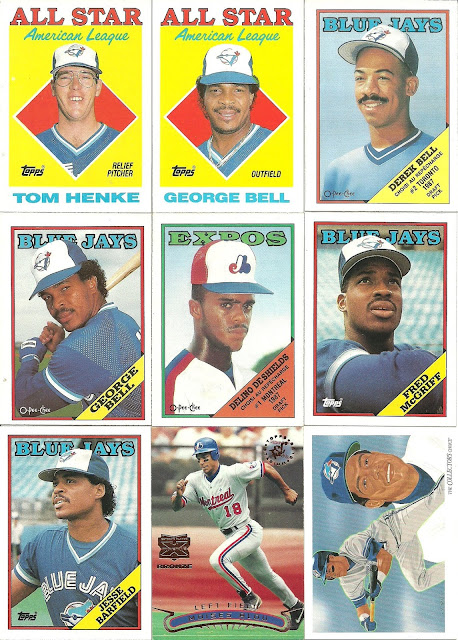 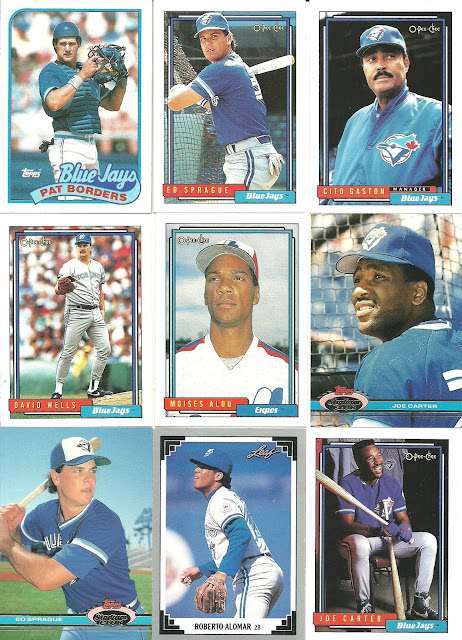 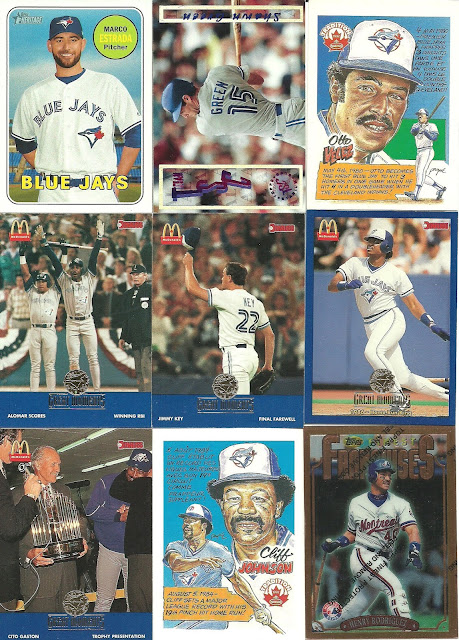 1992 Nabisco. I've always loved these cards. I actually have a complete set, but getting these are still really nice.
We also have 1993 Donruss Blue Jays Great Moments cards.

Random thought: Has Henry Rodriguez ever been on a card sponsored by Oh Henry!? 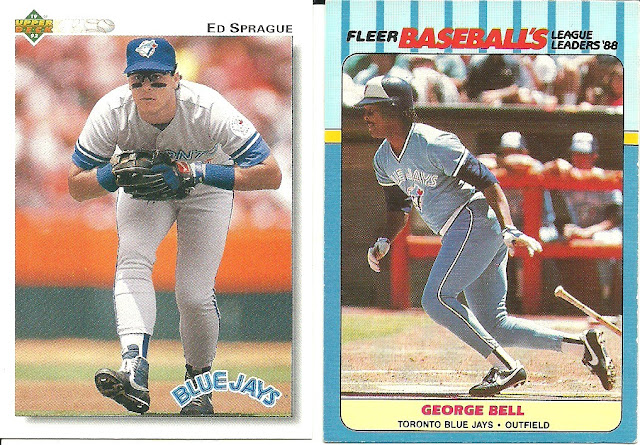 And finally a George Bell Baseball League Leaders and an Ed Sprague from 1992.

Thank you Curtis, for yet another great transaction!

Now.. For those who are still reading here. I was given permission to share this code with my readers..

It's good for 50% off cards and autographed cards. There's Baseball, Hockey, Basketball, Wrestling..

That code is MATSON.

Enter that where it asks for a coupon and you get 50% off your order. Check him out!
First Row Collectibles
Posted by Mike Matson at 3:39 PM