It's been a while since I've done an Adventures in Bus Driving post.

Part of it is I usually go to the same place and unless something extraordinary happens, it's generally the same thing all the time..

Today was something new for me.. 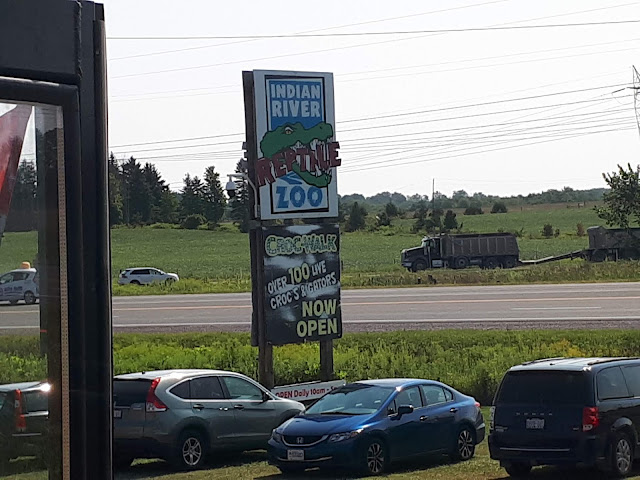 Indian River Reptile Zoo is a non-profit zoo outside Peterborough that houses and rescues reptiles and other scaly beasts. 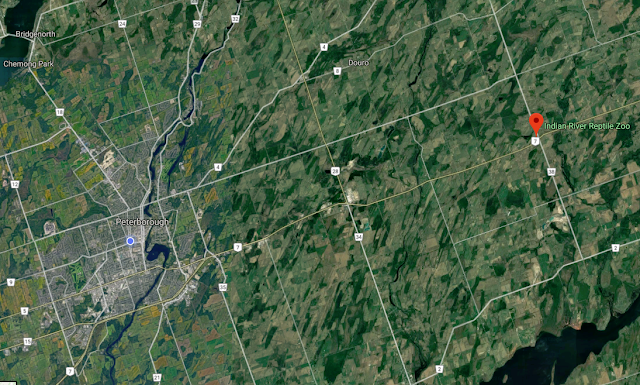 This is where it is in relation to Peterborough. All you do is follow Highway 7 and it'll be on the right hand side. 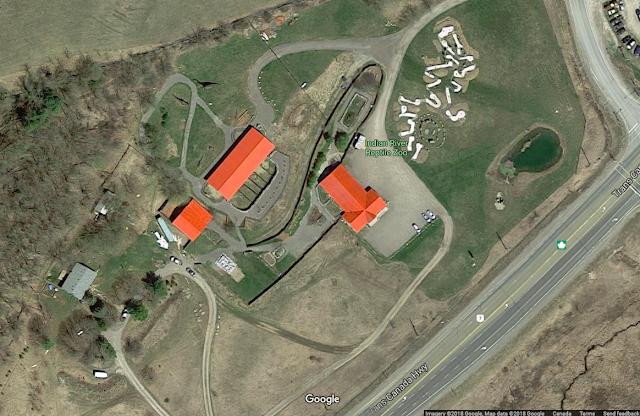 This is an overhead shot of the place. They also have a mini-putt course on the grounds now..

Anyway.. We had a group of kids going from a summer camp. Two buses worth went to the zoo. Because we drove them, we were allowed in for free.. (Admission for adult is $20)

I ended up taking a couple pictures. 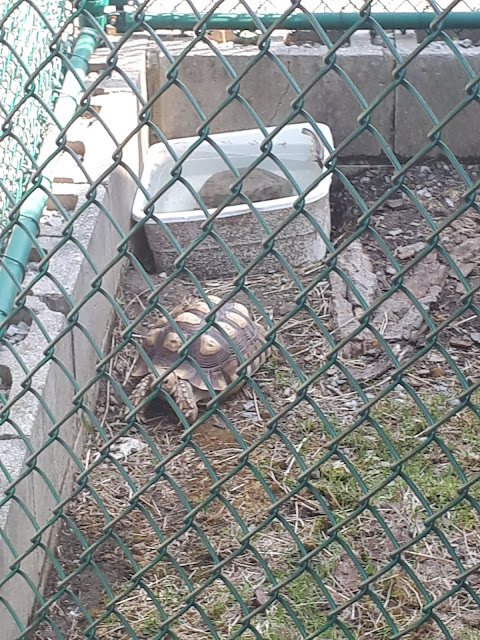 It was kind of weird.. I went to a couple turtle/tortoise enclosures and every time they started wandering my way when they saw me.. It was weird.. lol This one, I believe, is a horned turtle. 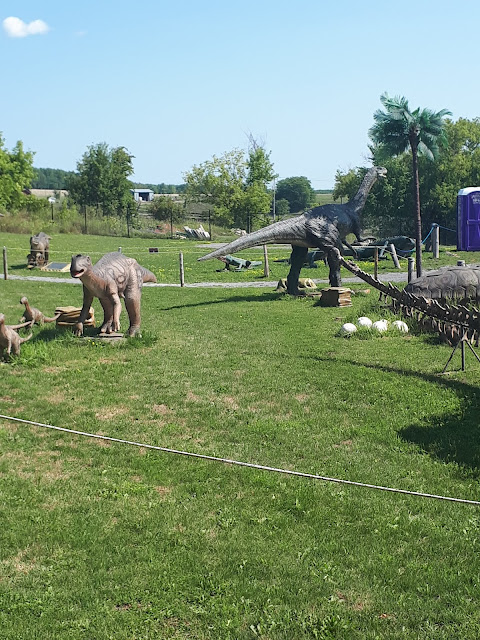 One of the things they added was animatronic dinosaurs. They have more than the ones I took photos of.. There's a pterodactyl on site that flaps its wings and screeches as well. 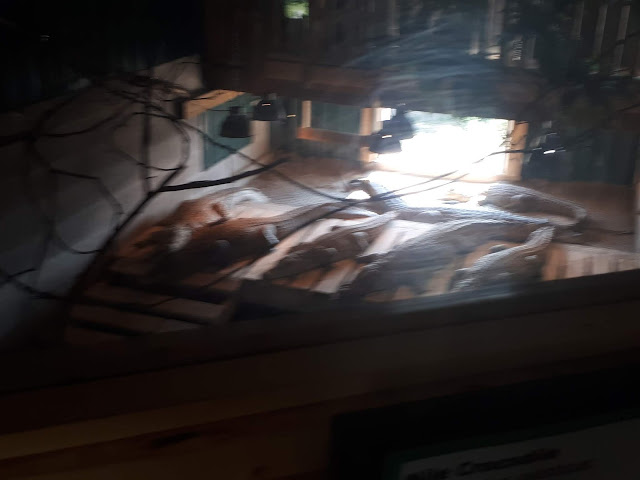 It's a little blurry, but those be crocodiles.. They have a few different species of crocs and of alligators. They also have a bunch of snakes in another area..

All in all, it was interesting to look at..

Now.. Because this is a Baseball Card Blog.... 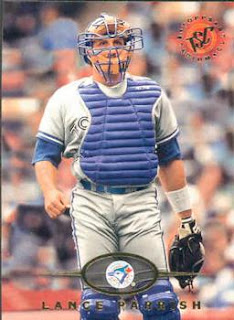 I'm doing Stadium Club and Finest right now, but will be doing them alongside Topps as I get into the next batch.

Lance Parrish played for the Jays in 1995.. I kind of forgot he played in Toronto. Catcher has been kind of a black hole for the Jays, really.. Aside from Whitt/Martinez in the 80s and then Pat Borders in the late 80s/early 90s, catcher has been forgettable. Kind of hoping Danny Jansen is able to buck the trend. 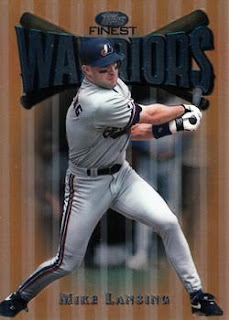 Finest is a set I'm indifferent on.. I don't know what it is that turns me against it, In a way, I feel the same about some of the later sets Topps put out like Hi Tek..