I mentioned before I picked up a couple things from Steel City Collectibles..
One was a second Canadiana set..

Incidentally, Billy, email me your address.. I'll send you those ones you wanted.

Jon.. Email me.. We can work something out for other dupes

I picked up the 1992 Stadium Club Dome set because why wouldn't I want a plastic SkyDome????
I'll likely have a post made out of it soon too..

The other thing I got? 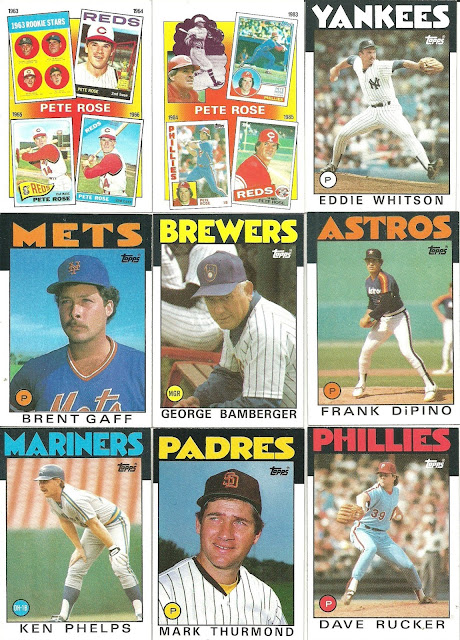 I picked up a lot of 7 rack packs of 1986 Topps..
I was looking to maybe get a cheap box, but there were no boxes available. Just the rack packs and another lot..

Now.. It's a set I'm kinda-sorta-maybe-almost-passively collecting.. It's not one of my favourite sets, but it's growing on me like a fungus.. 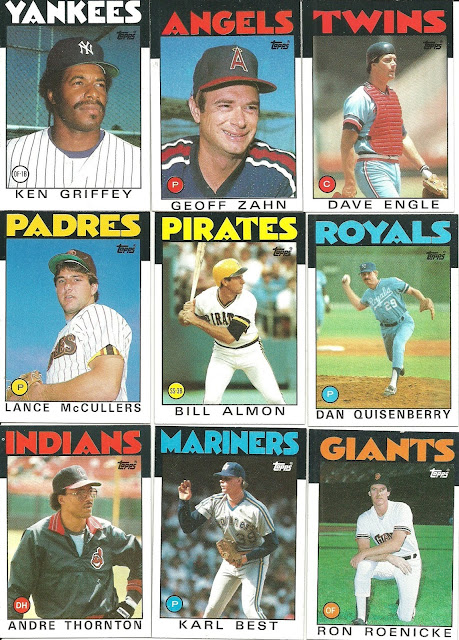 In the first set of 9 is Ed Whitson.. He was a Padre then signed with the Yankees as a Free Agent..
He proceeded to stink up the joint and was traded back to San Diego.
There are some nice names here. Dan Quisenberry, Andre Thornton, who played a season with the Expos, is another.
We also have some fathers of Major Leaguers here. 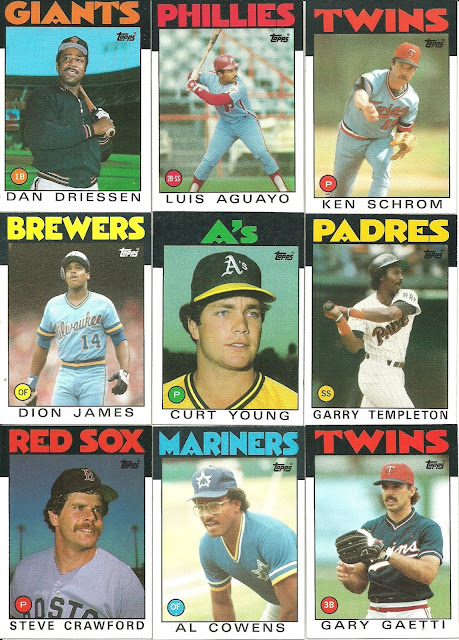 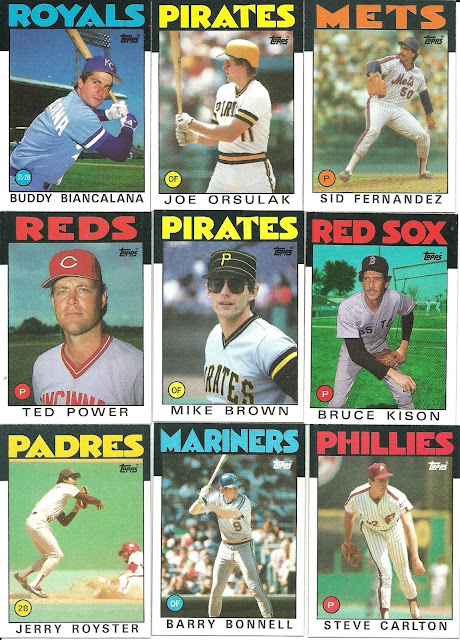 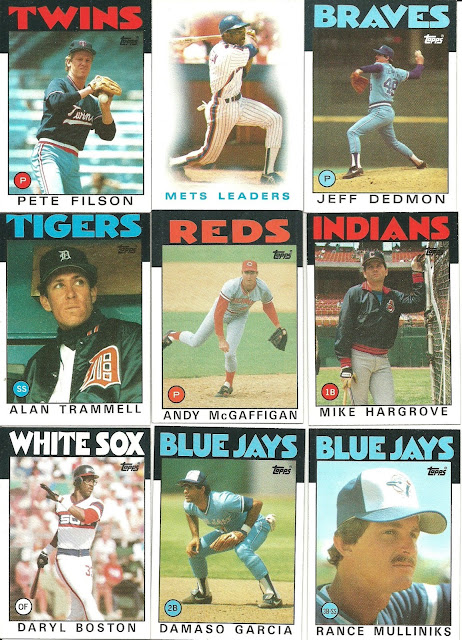 I forgot Andy McGaffigan played for the Reds.. As per their policy, he had to lose the facial hair..
Alan Trammell appears here too..
The Garcia and Mulliniks are going to the Jays binder. 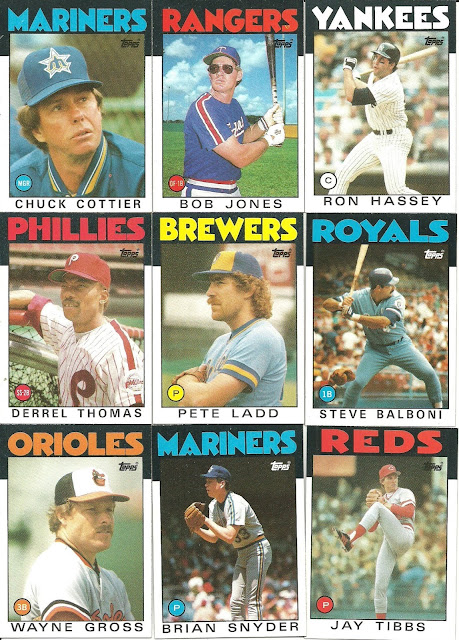 Pete Ladd in some photos looks like he could pass for Weird Al Yankovic.
Chuck Cottier looks like he's asking someone what he did to be tortured by watching the Mariners play.. 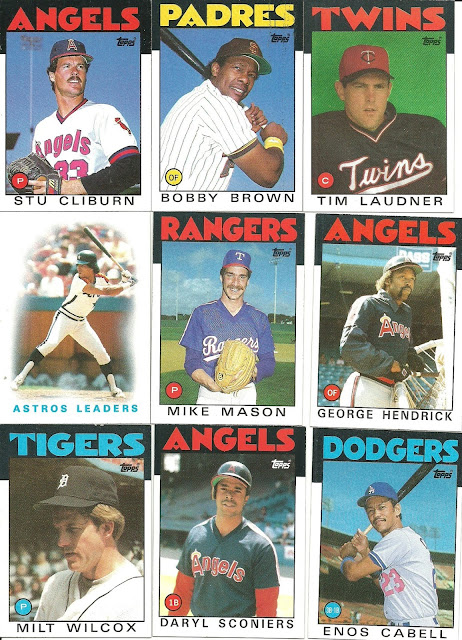 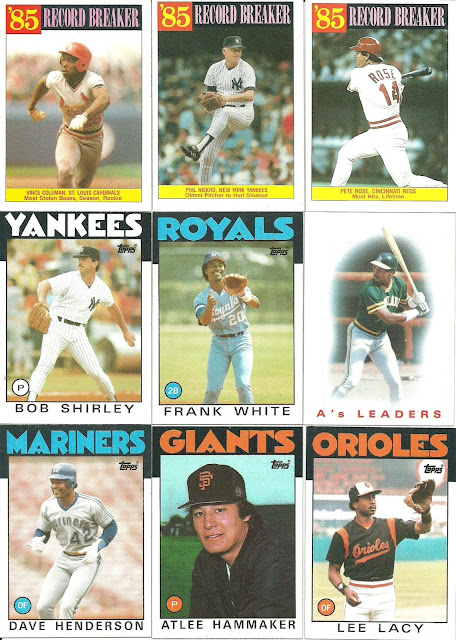 Dave Henderson as a Mariner.. I remember him as a Red Sox and an Athletic.
Some record breakers as well.. It's interesting that they're part way through the set and not the first cards like previous and future sets. 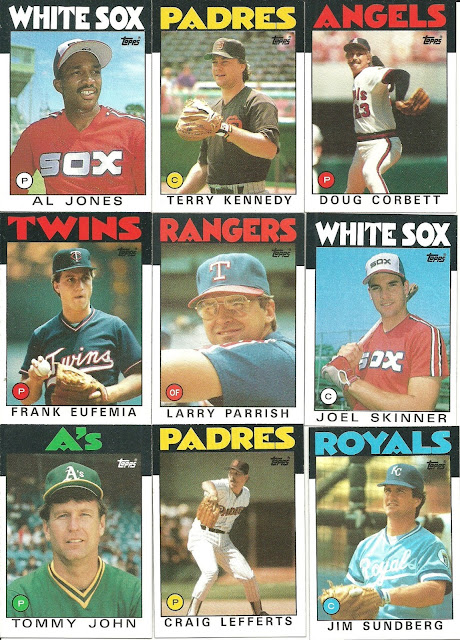 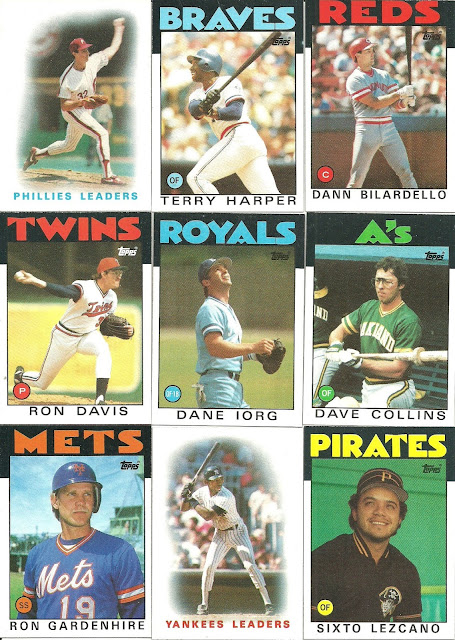 Ron Gardenhire as a player..
I remember seeing Dann Bilardello playing in the Northern League in 1994-1995 area. 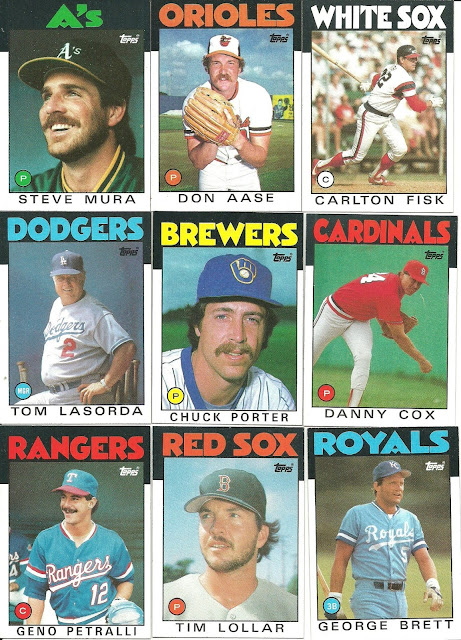 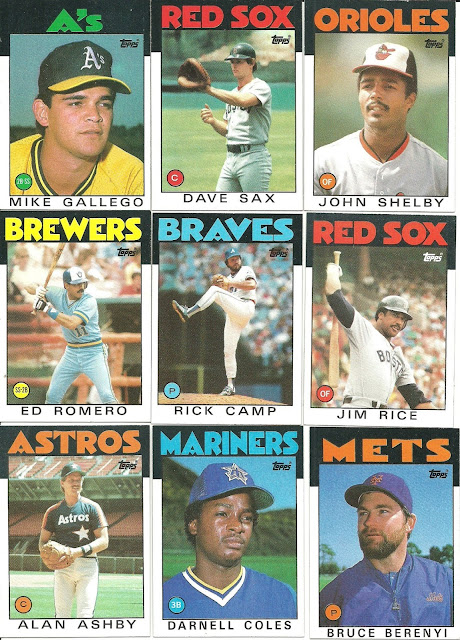 There are some nice names in these groupings too..
Carlton Fisk, George Brett.. Tommy Lasorda
I saw Dave Sax and wondered if he was related to Steve.. Turns out he is.. Brothers..
Darnell Coles would eventually play for the Jays in 1993.. 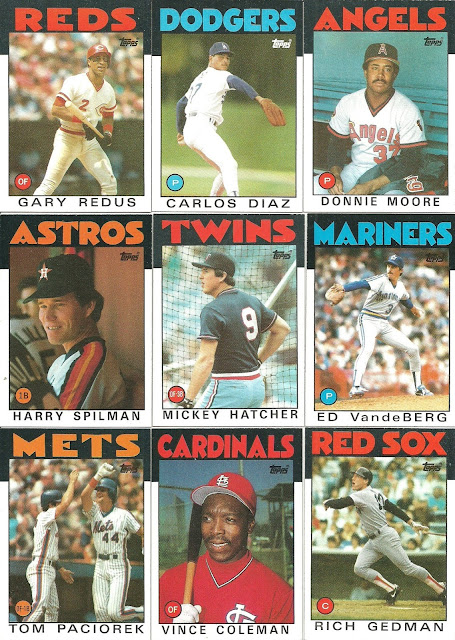 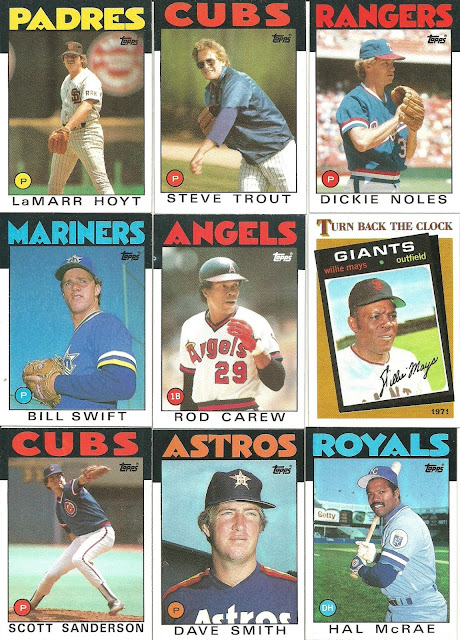 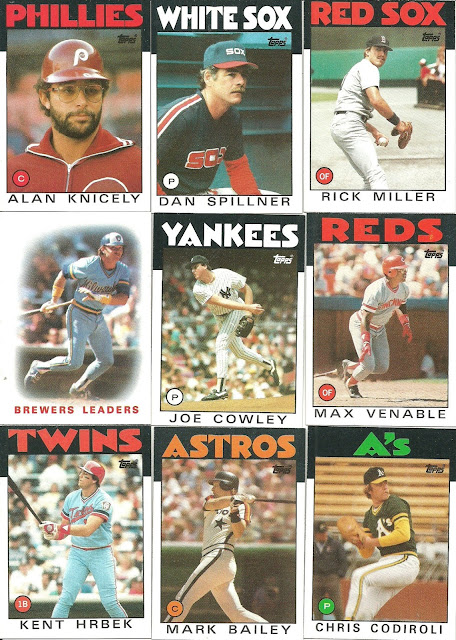 So this is the first batch I'll show off tonight.. I'll do the rest likely tomorrow or Friday.. All depends on how dead I am tomorrow..

I hope seeing these is interesting to others.. Next post I'll update how far I am into the set..