Well, I took part in the Spring Cleaning Sale put on by COMC. I ended up finding quite a bit I wanted.. 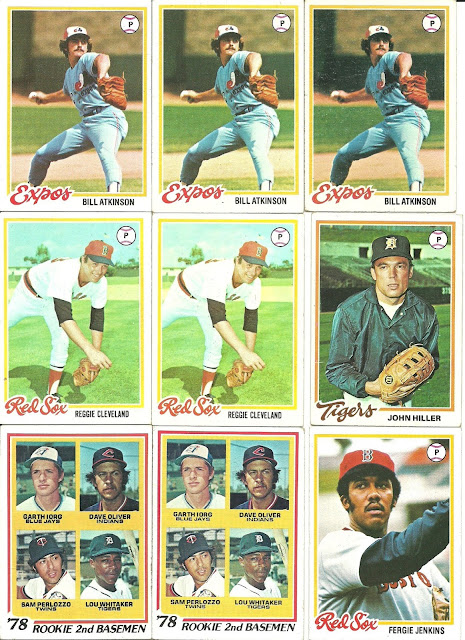 First is 1978 Topps..
I bought three Bill Atkinson for my collections. One for the set, one for the Expos, one for the Canadians binder.
Reggie Cleveland gets two for the collections. Hiller is my second one, as is the Jenkins.
The Whitaker/Iorg is nice to get 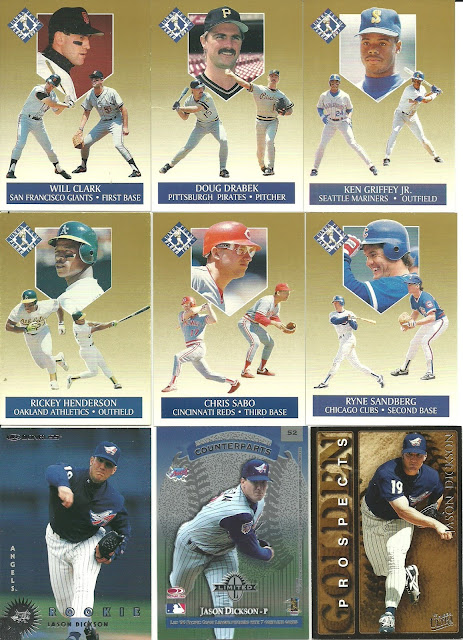 With the 6 here, I have finished the 1991 Team Ultra subset.
Jason Dickson was a Canadian born pitcher for the Angels.
The other side of that Counterparts card is Randy Johnson. 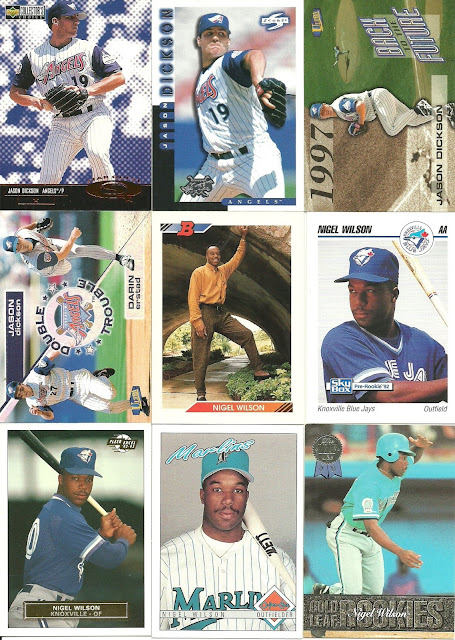 More Jason Dickson here.
Nigel Wilson appears as well.. I'm pretty sure I need another copy of the two Jays minor league cards as well as the Bowman
I do like that OPC 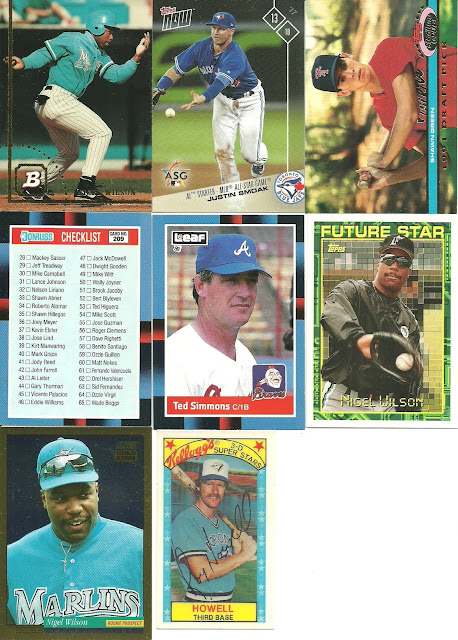 Another Bowman, this time as a Marlin.
Justin Smoak Topps Now is the first one I ever owned.
Shawn Green Dome set to go into the Jays set.
1988 Leaf cards I needed for the set.
A couple more Nigel Wilson cards and a 1979 Roy Howell.

Finally, when James Paxton had his no hitter in Toronto not too long ago, it was mentioned he was the second Canadian to throw one. So I had to look up the first...

It was Dick Fowler for the Philadelphia A's.

So I decided to look and see what was available on COMC.

So what I ended up getting are:
1950 Bowman Corrected version. This one has the Copyright line. There's a version without.
1952 Bowman
1987 Card Collectors Company 1952 Bowman Reprint.
1952 Topps.

I also received a small envelope from the Team Collector Forum member Therion. 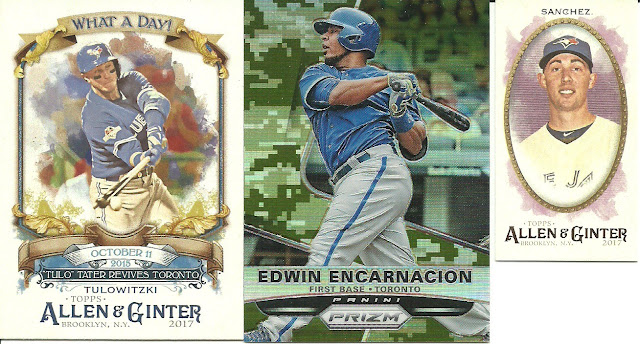 All three cards I needed.
Allen and Ginter are generally safe since I don't have access to them..
The Prizm is a Camo parallel.

I have another COMC order coming in sometime soon as well..

I'm hoping to have an idea/update on my Million Expos Project soon too..
Posted by Mike Matson at 6:21 PM