A while back I bought the 2011 In The Game Canadiana set through Dave and Adam's Card World..

The listing had it as a complete set.. It was not.. There were two cards missing.

I even documented what cards were missing..

So while I've been looking at COMC and finding squat, I saw a "complete set" listed on Steel City Collectibles.

So I contacted them.. They said that Indeed, it is the full set.

So I decided to get it..

I'm happy to say that it was indeed the full set.. They even threw in a second Terry Fox card for some strange and unknown reason. But whatever...

The whole reason I bought the second set?? 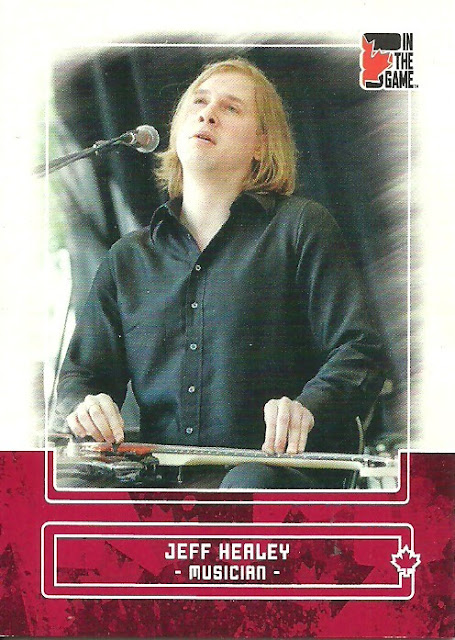 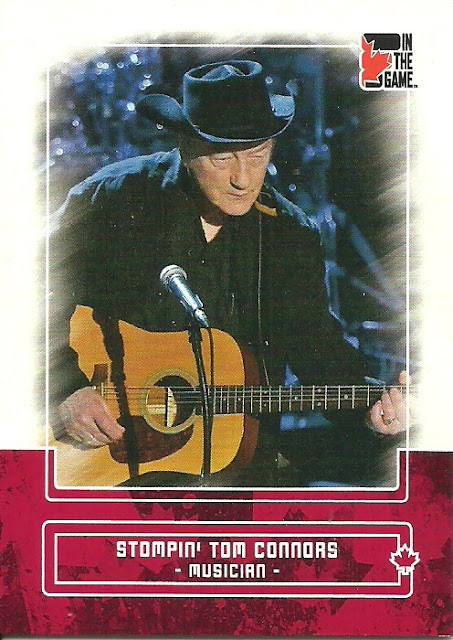 Those were the two I missed from the previous set.. I now have them.. Plus, I now have a second copy of the Larry Walker and Terry Puhl for my Canadians binder.

I now have a bunch from this set that I'm looking to move, if there's interest for it. It has some hockey players in it, actors, singers, inventors, and politicians in it.. There's even a horse.. 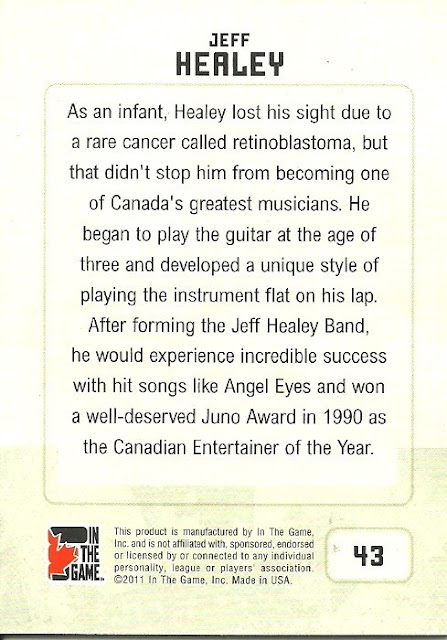 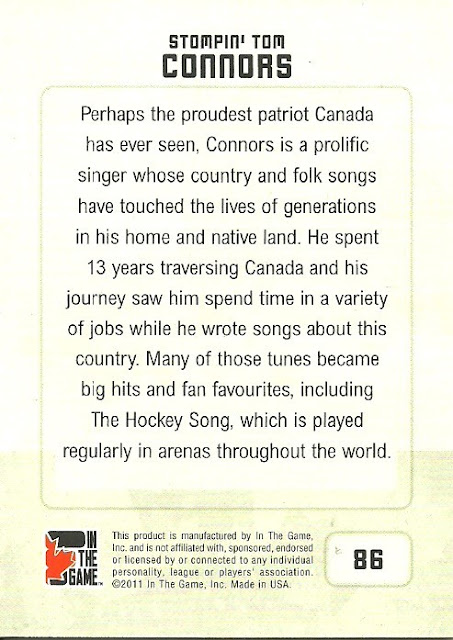 And just because I can, here's the backs of those cards..
I think my next post will cover some of the other stuff I picked up from Steel City.
I've also uncovered some blog fodder but now it's finding the time and energy to write..
Posted by Mike Matson at 6:52 PM