Adventures in Bus Driving and a Package from Peter

I've mentioned a couple times here and on Twitter that this month has been busy for me for work.
The last month of school, a lot of classes try to cram trips in so we get a lot of charters.

So today is a little catch all.. 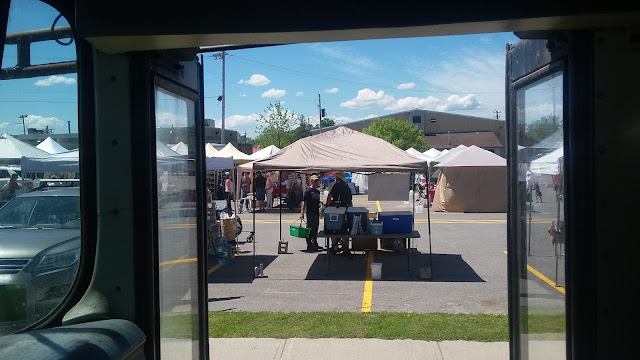 This was the Lakefield Farmer's Market.
It's much smaller than either one held in Peterborough, but still interesting. There was a guy selling kettle corn, another selling pulled pork tacos, another selling jams, and more.

It was a rather warm day and the group ended up leaving early because of it. 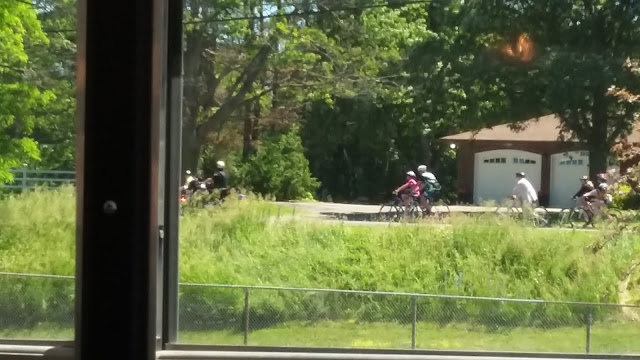 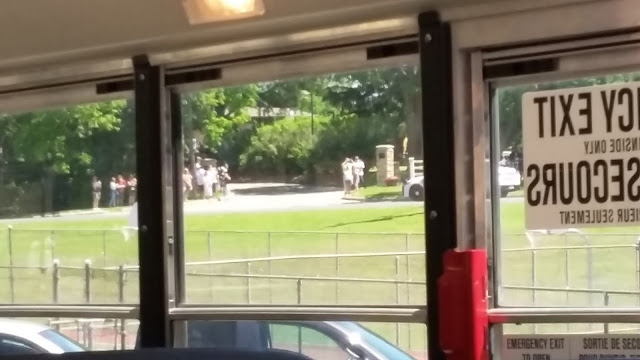 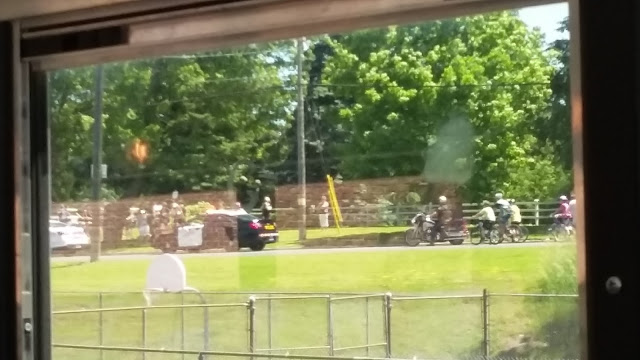 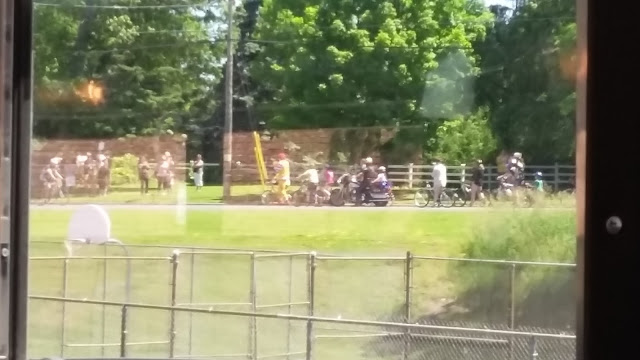 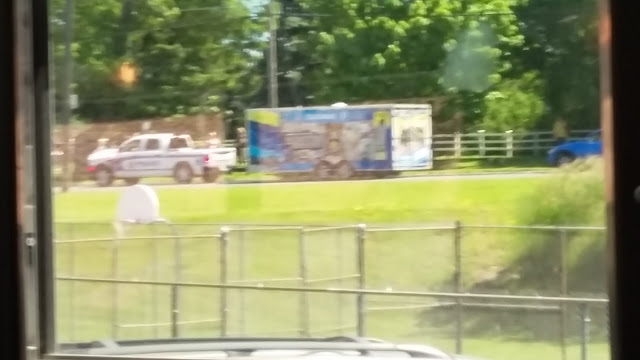 The above batch is from this past Saturday.
There was a golf tournament at Peterborough Golf and Country Club that had something to do with the police's work on eliminating childhood cancers.

The group I brought up did some drum line accompaniment for the police and cyclers as they got to the golf course. I took the pictures from my bus in the parking lot of the high school across the street. 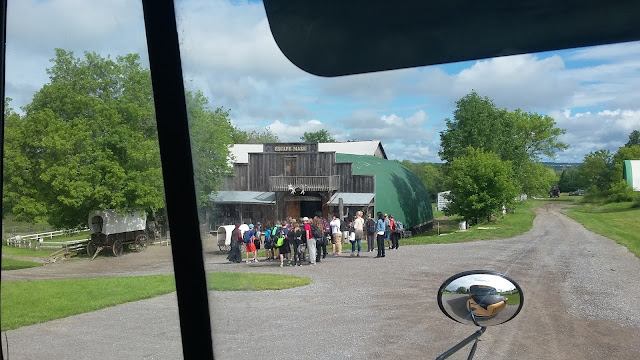 Today I brought a group to a place called Escape Maze. This really was just a farm near Peterborough. I didn't stay around so I just took the one picture.

Well, with that out of the way, Baseball Cards!!

I took part in the Series 2 box break put on by Peter at Baseball Every Night.
Naturally, I scooped the Jays.. 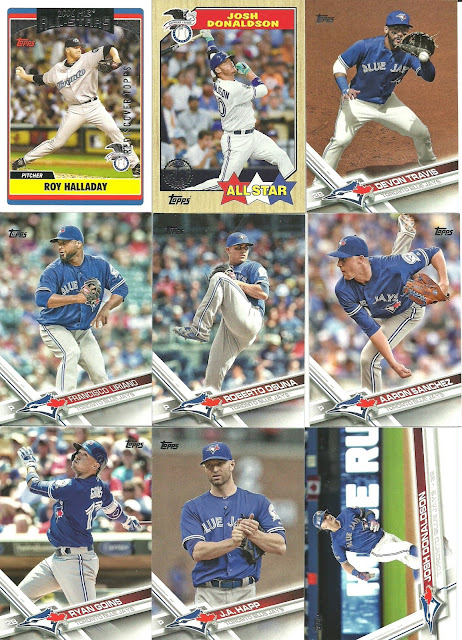 I love the 1987 set, but I think I'm getting to the point where it's getting too much.. Topps has been bludgeoning the horse too much.. It's almost dead... 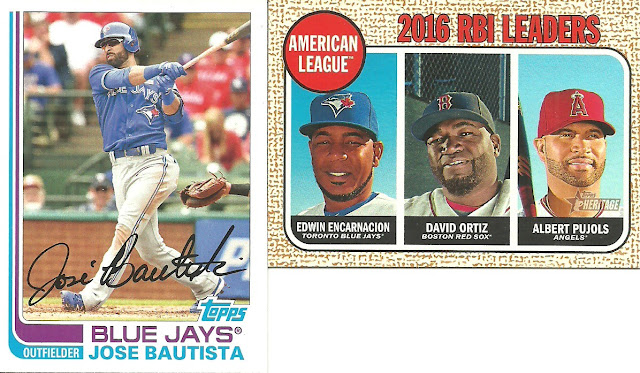 Earlier he had some Heritage he wanted to get rid of.. There were a couple Jays cards he put aside for me before even offering them. With not writing too much lately, I hadn't had a chance to show them off.. So two birds with one stone today.

Thanks, Peter for the cards.. I will square up with you on Friday.