A nice little surprise awaited me when I got home today. That surprise doesn't include me forgetting my phone in my bus at work and not realizing till I was home.
No, this one was better.. I got a package in from COMC today.

I have to say, I've gone on a bit of a binge there the last couple months. I think sites like that and Just Commons make it easy for us to grab a bunch of small things without realizing how quickly those numbers add up.. 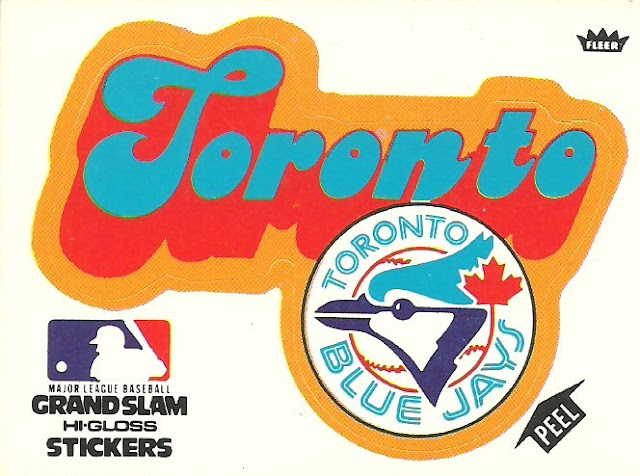 First is this oddity..

It's from 1977. Fleer made logo stickers like this for the league that year. There were, according to the TCDB, three variations for most: White background, Sepia Background, and Blue Background.

You can tell it's from the 70s. It screams it from the rooftops, really.. 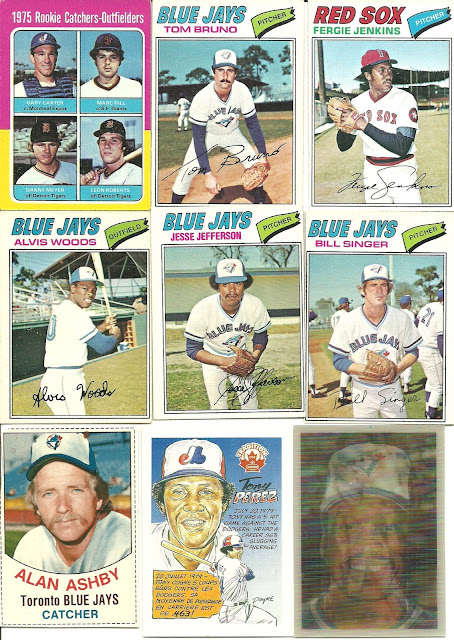 Some OPC 77s. I had the Topps Jenkins, so now I have the OPC version too.
I accidentally got two Alvis Woods and Bill Singer cards, so those duplicates will be packaged off for a trading partner. Same with the second Sportflix card I picked up on accident. I think I bought two because of it being Gary Carter (thought he was an Expo on it)/Al Oliver (Jay)/George Foster.
And lookie here... Tony Perez Nabisco.. I completed that set that I've wanted to since it came out in 1992.
Also, I can't not mention the Alan Ashby Hostess card. Another 1977 gem.. And it's a Topps photo because of the horrid airbrush.. 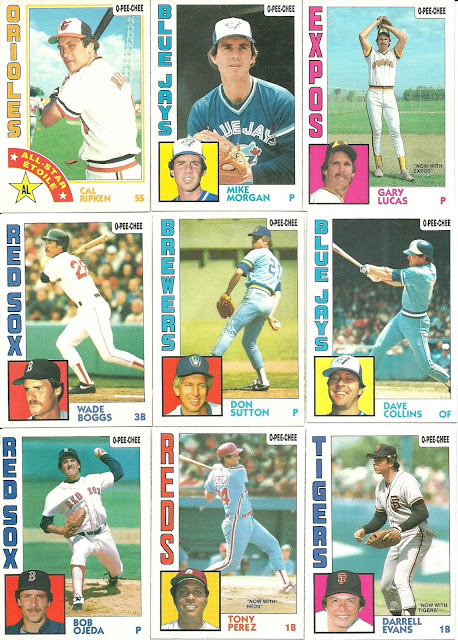 With these cards, I'm down to needing a George Bell to complete the set. I believe I have the set proper complete now, it's the completionist completion I need the Bell for.. (Set and team)
For that reason, I got two of the Dave Collins card. 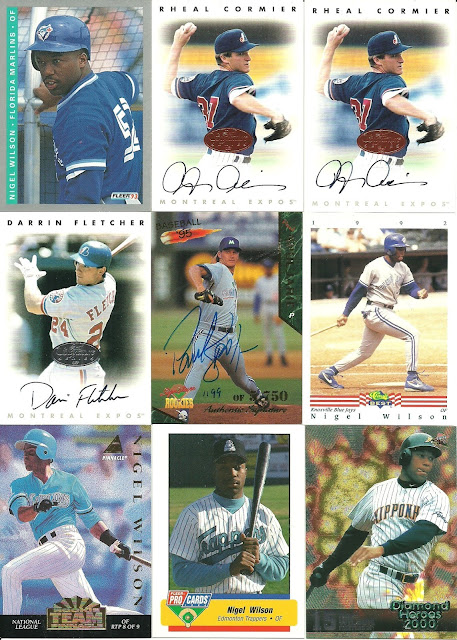 Some cards to go into the Canadians binder here.
The Nigel Wilson Fleer card... I didn't realize they have him labelled as a Marlin, so I got two. One for the Jays and one for the Canadians. I'm still thinking about keeping the second for the Jays collection because that's the uniform he's wearing. Alternatively, it's trying to find someone who'd want it.. Unless I sent it to Ajax to see if I could get him to sign it.. lol
Rheal Cormier. I got two because he's an Expo here. I had to go back to the invoice to see what one I picked up. I didn't notice there were three variations to these: Bronze, Silver, and Gold.
I decided to see if I could find some cheap autographed cards on COMC and I found some.. lol
I got two Paul Spoljaric because again, Jays and Canadian. 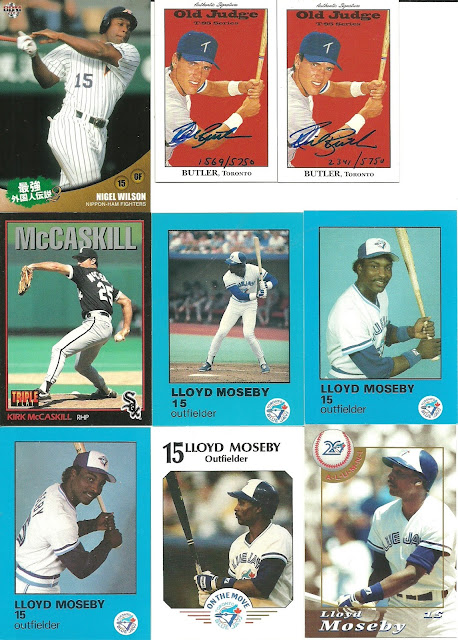 A Whole Lotta Shakin' Going on here. These Moseby cards are all from the Jays Fire Safety sets that they started in 1984.
A Kirk McCaskill Triple Play card that, honestly, I think looks amazing.. I really liked the 1993 Triple Play cards, even though I didn't see many of them.
The last card on the ones above and the first one on this group are both Japanese issues.
Old Judge Rich Butler autographs. Rich and his brother Rob are Canadian and started in the Jays system. Rich ended up with the Rays 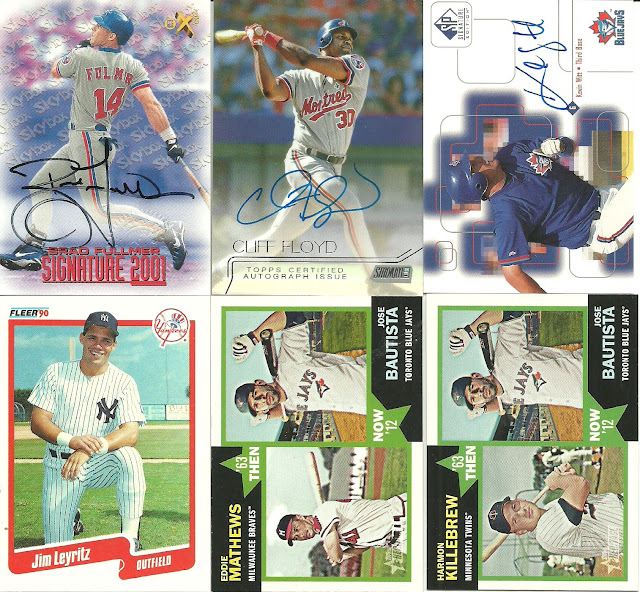 The final part of this purchase..
I needed the Leyritz to complete the 1990 Fleer Update set.
Brad Fullmer and Cliff Floyd were nice cheap picks. I have the non-autographed Floyd already, but here's the autographed version now too..
Kevin Witt. Not much to say about that one.
Two Then and Now cards from 2012 Heritage. Would have maybe liked some variety in the Bautista photo. I thought I got two of the same one by accident..

So for the next two and a half weeks, things are going to be fairly busy. School winding down means lots of trips and lots of work for me. I may even get a blog entry on Adventures in Bus Driving to clear it out at the end of it all..
Posted by Mike Matson at 5:51 PM