Treasures from the Capital

I had received a message not long ago on one of my posts from Angus to keep an eye out for a package coming in the mail.


That package came in earlier this week, or last week, I don't remember now honestly. My brain has been completely turned to pudding since going back to work so the days blend in together. In fact I've been sitting here for the last 10 minutes to make sure I haven't covered these yet.. I know I scanned them but I thought I talked about them..

Anyway, enough babbling.. Onto the Cards and stuff! 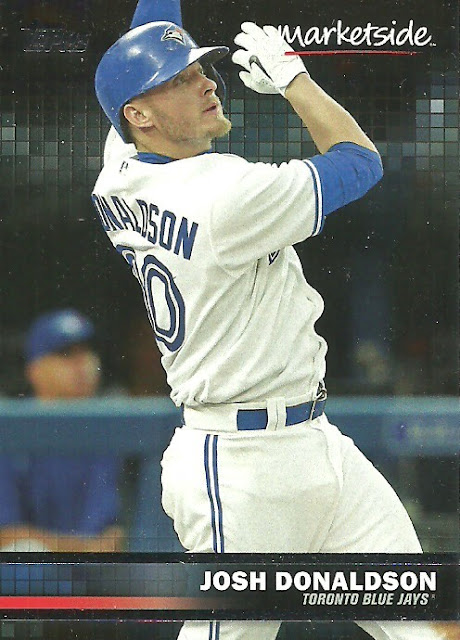 One of the Topps Marketside cards. I think I like the front design better than the 2016 flagship set. 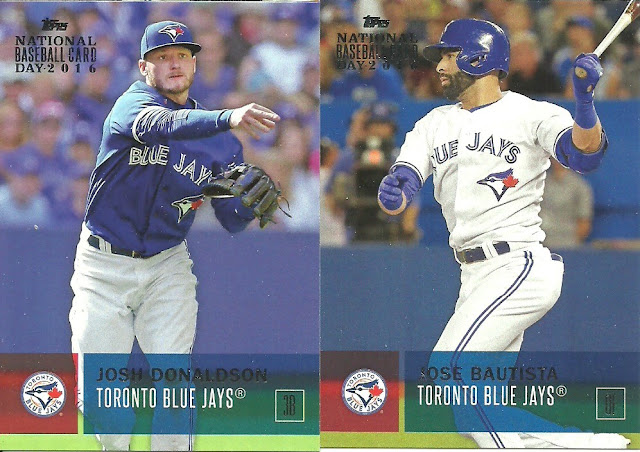 National Baseball Card Day cards. Again, I like the front design better than the 2016 flagship.. Angus has mentioned he pulled both of the Jays from the packs he received and knew I'd want them.

Something tells me Grey Guardian Games wasn't taking part in the promotion this year..

These were rather interesting. I hadn't seen these before but I received the full set. 12 Jays and 12 Expos. I'm going to keep them connected and put them in some sort of storage so I don't lose them.

Obviously the big names and the not-so-big names fill out this wonderful set. 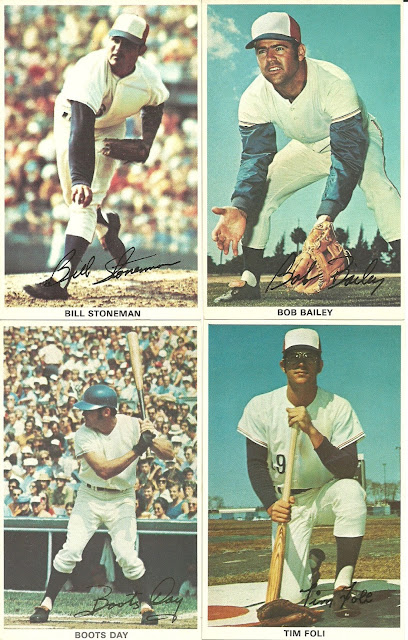 1974 Expos Photo Cards. These are unlicensed as you can tell from the lack of logos on the hats and uniforms but at the same time, part of the ads on the back is "Get your EXPOS trading cards free inside specially marked..." 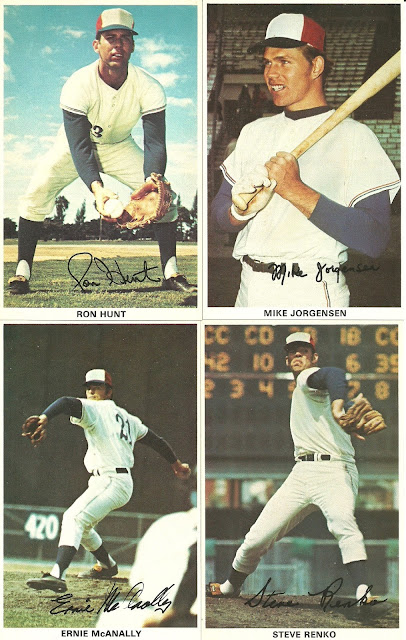 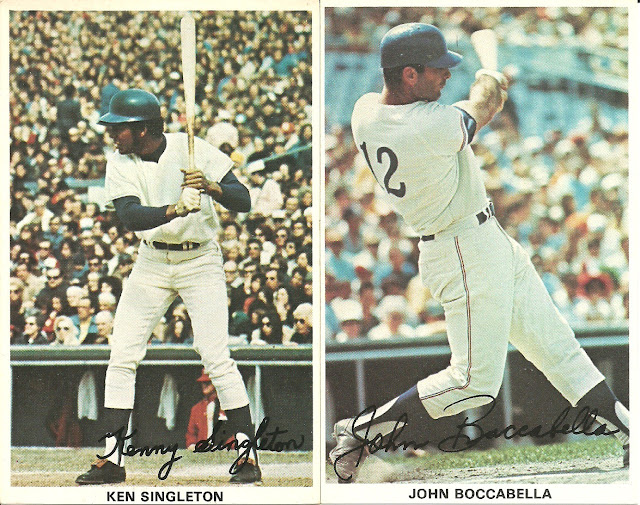 Something else that's interesting about these are the backs. All are in French and English. I almost expected the French to be first, but on some the English is first.
Also, for a switch hitter they don't list "Both" or "switch" as the batting handedness. They list it as "Left/Right"

I remember reading that when the Expos came into existence, they had to figure out the nomenclature for baseball in French in order to broadcast it in French. 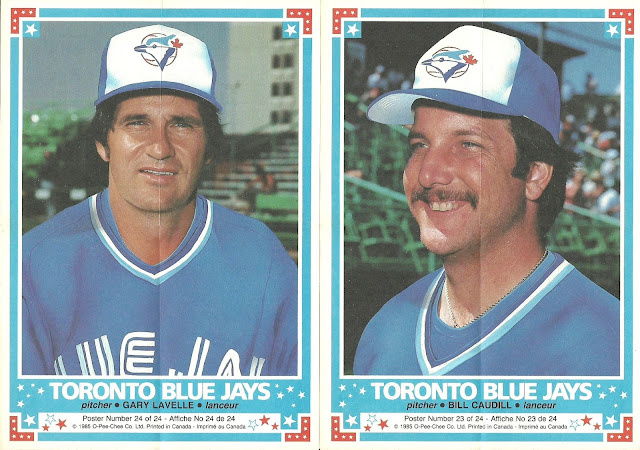 O Pee Chee Poster cards. They fold into small card-sized squares and are listed on the Trading Card Database as an insert to the base set. 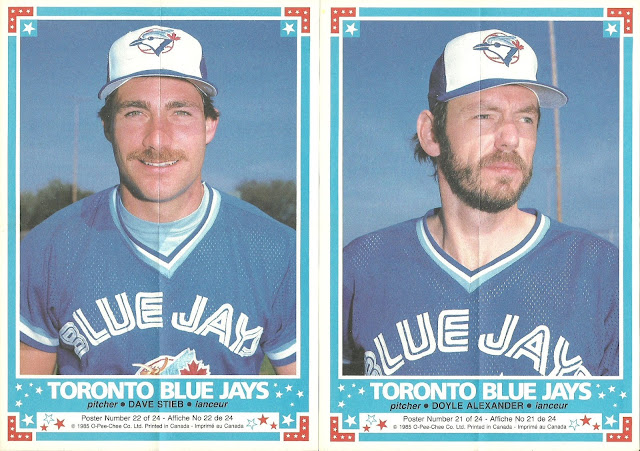 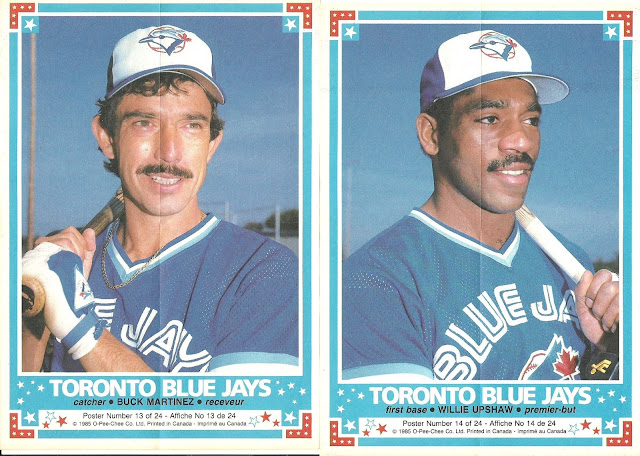 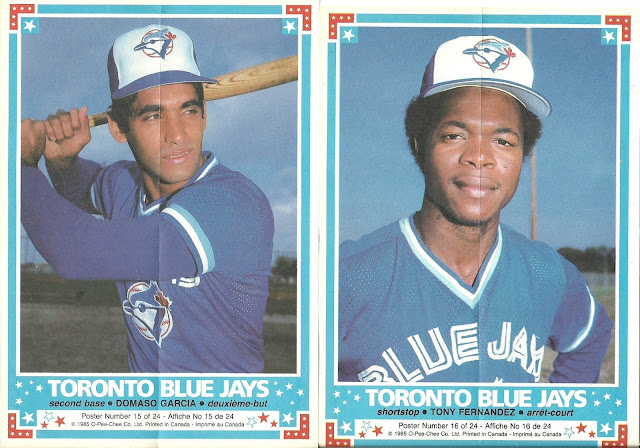 The Double Play combination of Tony Fernandez and... Domaso(???) Garcia... 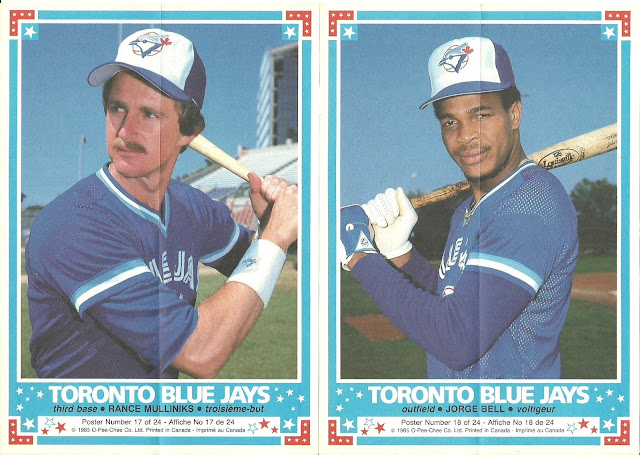 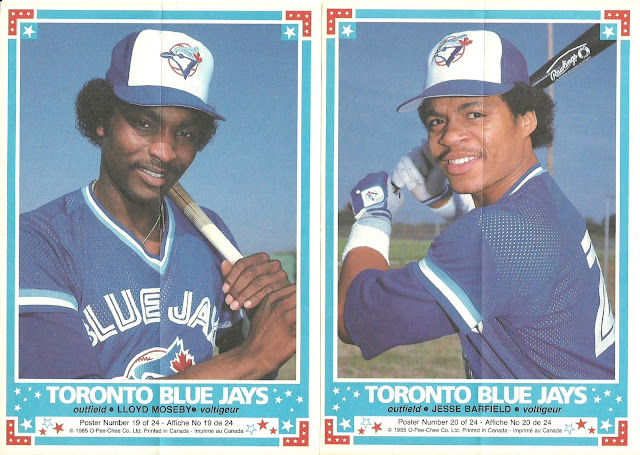 Angus sent me half the set. I'm looking for the other half now. :)

These were fantastic! Thank you again, Angus!