Earlier on I made a trade with Brian from Highly Subjective and Completely Arbitrary. I had some cards he needed and I got back in spades. 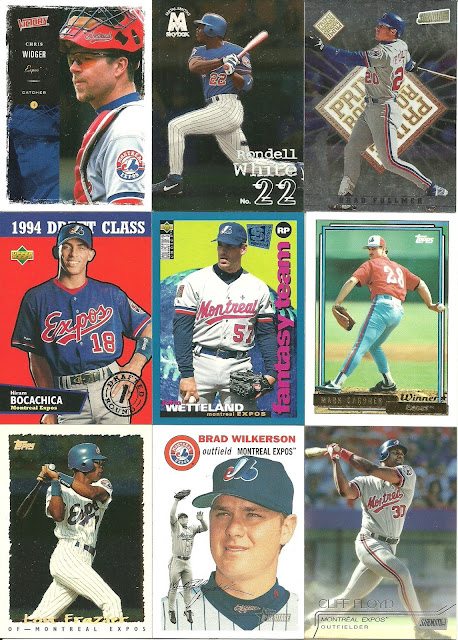 Some Expos ranging from Cliff Floyd to Hiram Bocachica.

Lou Frazier was one of those guys I enjoyed watching play. He wasn't a star by any stretch of the imagination, but he could steal a base if he got on. He hit one home run in his career. His first season in the majors with the Expos.
Hiram Bocachica never suited up for the Expos, as he was traded to the Dodgers with Mark Grudzielanek and Carlos Perez for Peter Bergeron, Wilton Guerrero, and Ted Lilly. 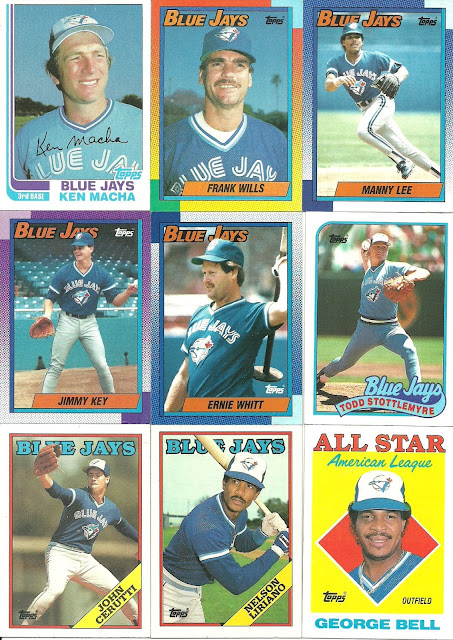 1980s and 1990 Topps Jays here. Some interesting photos here. I'm trying to figure out where the Key photo was taken. It looks like it could be Tiger Stadium or Municipal Stadium, but I can't remember if the bullpens were on the field or not. 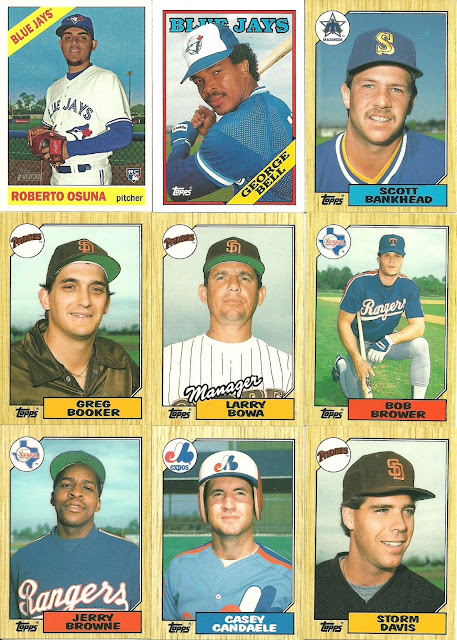 A Heritage Roberto Osuna to go along with a nice bunch of 1987 Topps Traded. 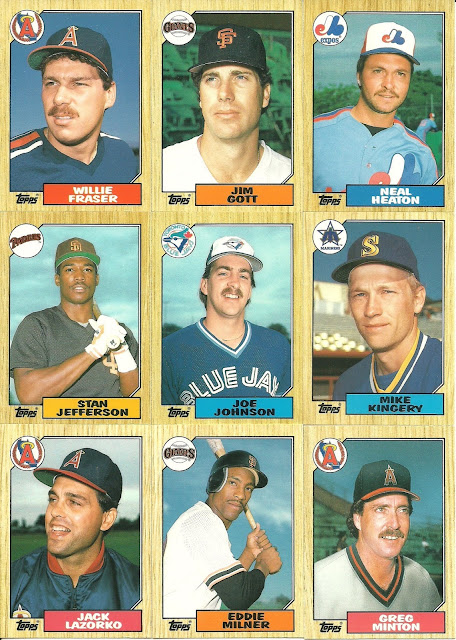 Photographic proof for myself that Jim Gott played for the Giants. I only remembered him from the Pirates and Dodgers but he did start out in Toronto. 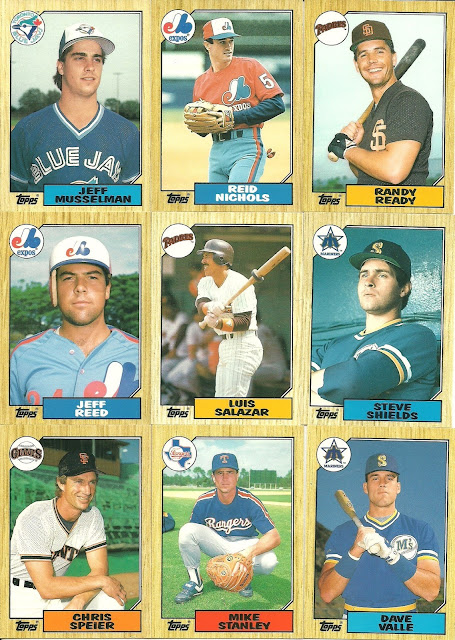 One third of the cards in this one depict catchers. Dave Valle, Mike Stanley, and Jeff Reed. 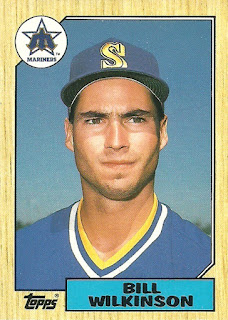 Either Bill had the sun in his eyes here, or someone really annoyed him.. I can't figure out which one.

Thanks again for the cards, Brian! Hopefully I'll stumble across more you need sometime