This May In Fact be Blasphemy

A little over a week ago I bought a blaster box (I guess that's what they're called, the box with what amounts to 101 cards inside?) of Topps Series 2 and I've come to a startling conclusion..

I don't know how this happened.. But they are.. 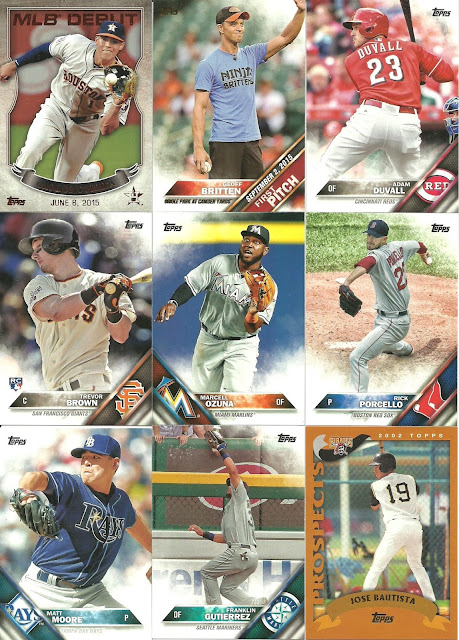 I definitely like the MLB Debut inserts.
The First Pitch I can take or leave. Basically the only two I want are the Don Cherry and the one from Series Two from Toronto.
That bottom corner Bautista is a Berger's Best. I'm not sure I really like the idea of those. 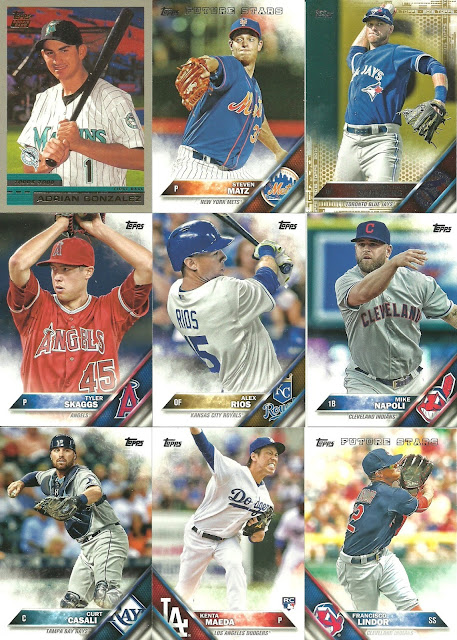 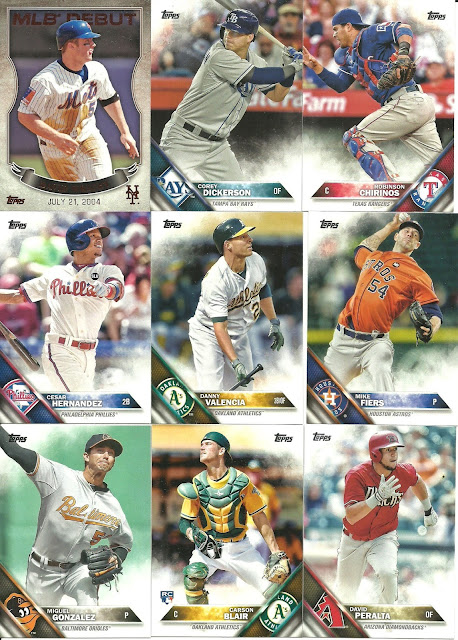 Another MLB Debut.
I think these could have been amazing had they not added the smoke effect.. 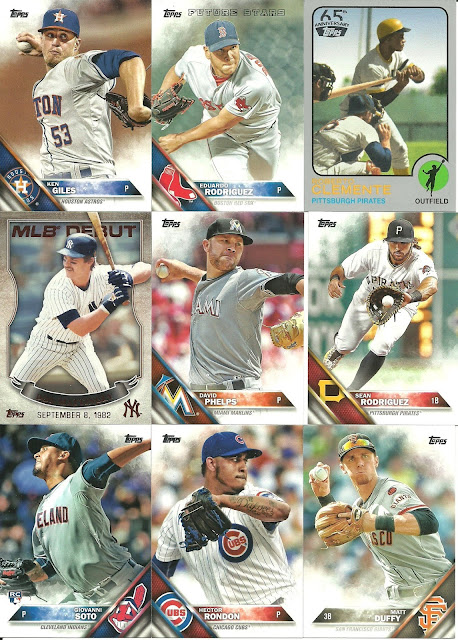 Another MLB Debut, along with a 65 years of Topps card. I would have preferred them to have gone to actual cardboard for the reprints, but I also understand why they didn't. 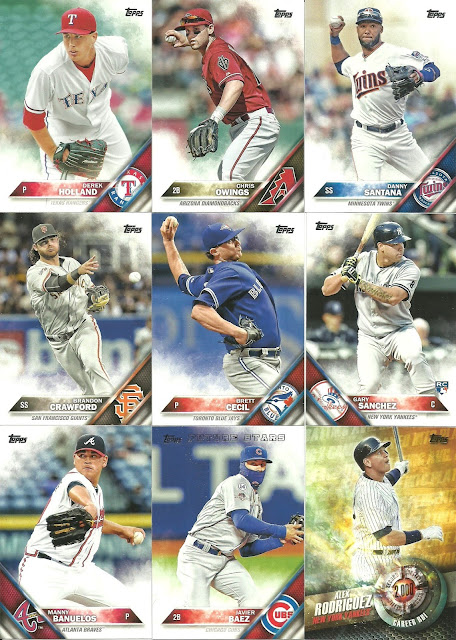 A Brett Cecil card in the middle, to go along with a card I will actively shop to get rid of: Alex Rodriguez. 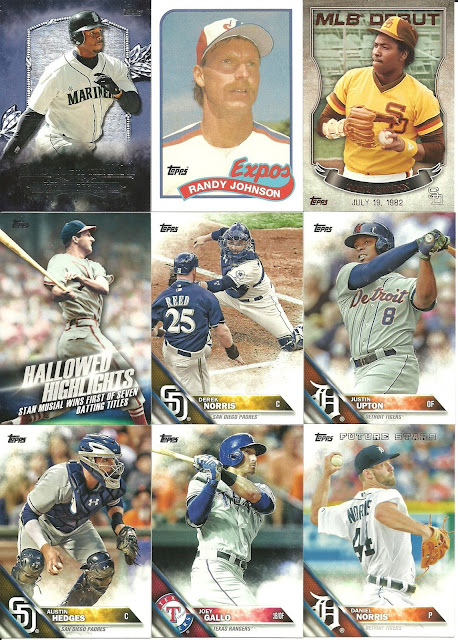 Randy Johnson Berger's Best.. I'm keeping this one because Expos. Is it bad that I like those old San Diego uniforms? Tony Gwynn MLB Debut card.
I like the Hallowed Highlights card, though I don't think it'd be an insert I want to actively collect. 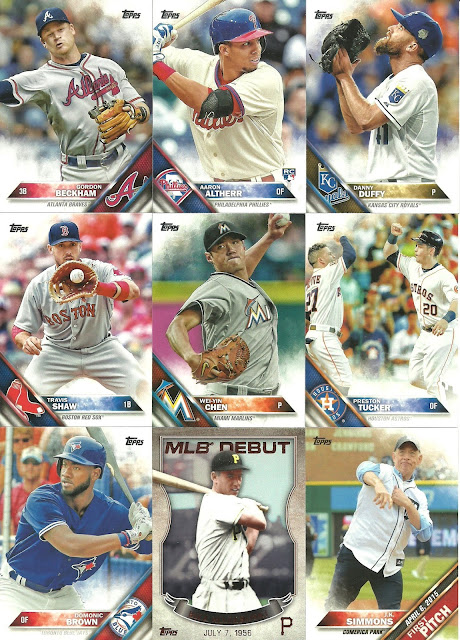 Domonic Brown as a Jay.
I really like those MLB Debut cards.. I think in the 10 packs that were in the box I bought, I got 5. 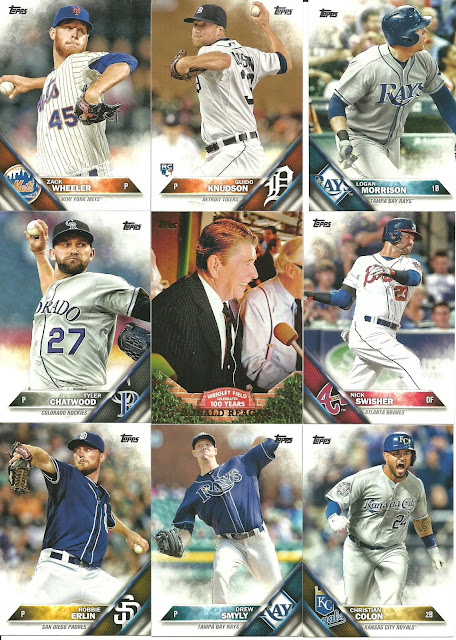 The 100 Years of Wrigley is another insert I want to complete. I've been drawn to ballparks since I started paying attention to baseball. I'd love to see one for Fenway, though that would have come a few years ago. 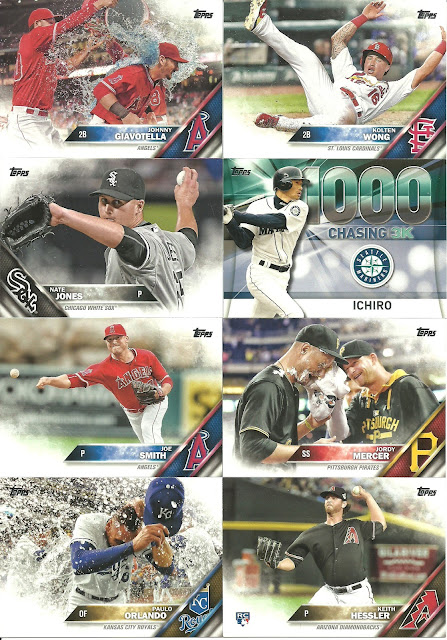 In a way, the horizontal cards aren't too bad.. I think because of the layout they show more of the picture/action around them.

I'm not sold on the Ichiro inserts. 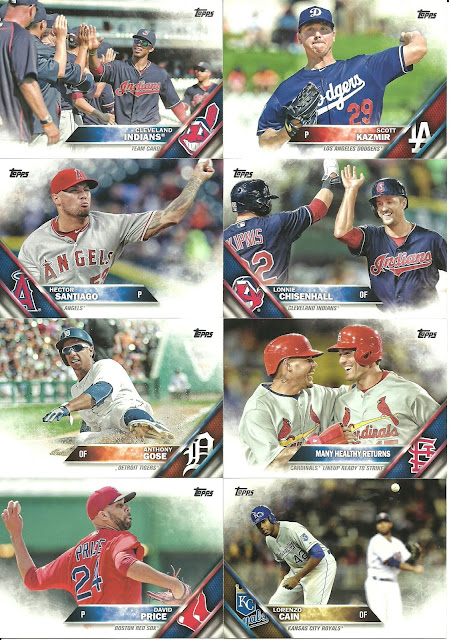 We have a couple former Jays in this batch: Gose and Price. 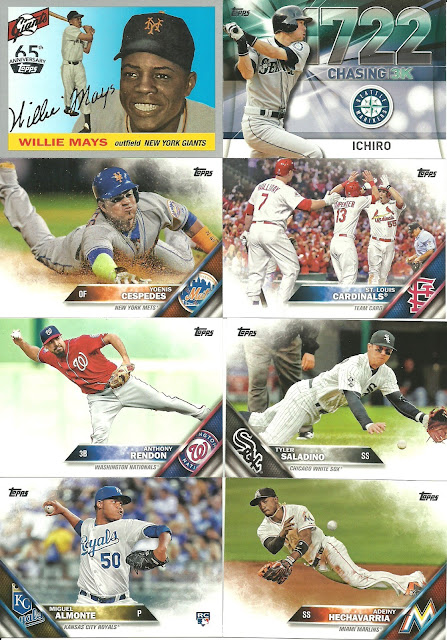 Another 65th anniversary of Topps card. I'm on the fence about them..
Some nice action shots here too. 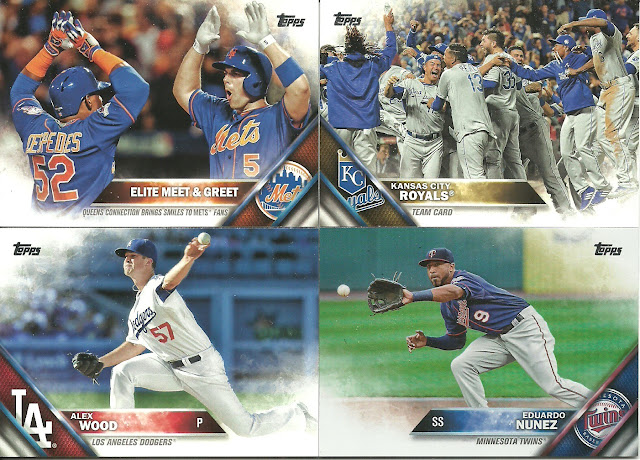 The Eduardo Nunez card here is one of the rainbow foil cards. I just happened to notice it was shinier at an angle compared to the others. 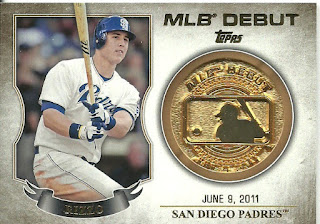 Of course, with these you get one of the MLB Debut medallion coin things. Anthony Rizzo was waiting for me in this one.

All in all, not a bad pack.. The Jays went into the Jays binder. As I figure out what I want to do with the rest of them, I'll have to adjust me collecting goals accordingly.