Trades And Other Things

But that's not what this is about today.. No today I want to show off the cards I received from CrazieJoe who is a fellow Canadian and blogger. We've made a few trades now and recently I went through his want list on Trading Card Database to see what I had that he wanted and sent off a package for "future considerations"

Well, those came in yesterday (I was too tired to even think about them yesterday so here I am today) 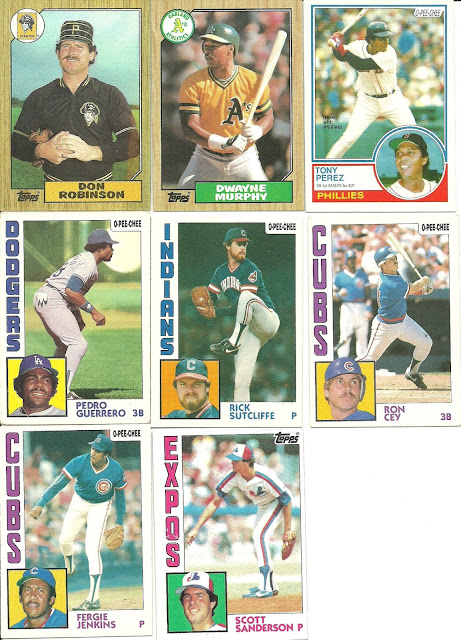 So two more knocked off the 1987 list! An Expos Scott Sanderson is nice. The rest are O Pee Chee cards that I forgot I had listed on my want lists. Of course, seeing that Fergie Jenkins puts me in a difficult spot: Do I put it in the set, or do I put it in my Canadians binder? I don't know..

The other thing I've been thinking about is taking part in the whole wallet card thing..

The problem is though.. I don't know what I want to carry in my wallet. I've been thinking about this one: 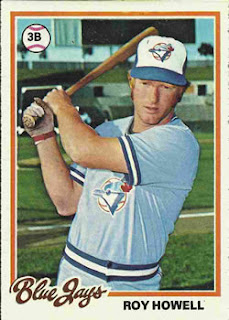 However, my over-thinking kicks in and tells me I shouldn't use this one because 1978 card.

The other one I've been thinking about is this one: 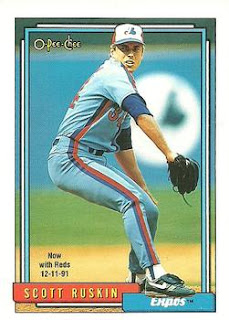 I really got interested in baseball in 1992.
The Montreal Expos don't exist anymore
Scott Ruskin was probably the more forgettable player.

So of the two, what would you choose? I know neither one is a superstar player.