Canadians in the Majors: Nigel Wilson

In previous editions, I've covered players such as Dave McKay, Kirk McCaskill, Kevin Reimer, and Larry Walker. Today I'm going to discuss someone who didn't have the career that the others I mentioned did.. Today's is going to talk about Nigel Wilson.

Nigel is from the town of Ajax, Ontario, close to Toronto. 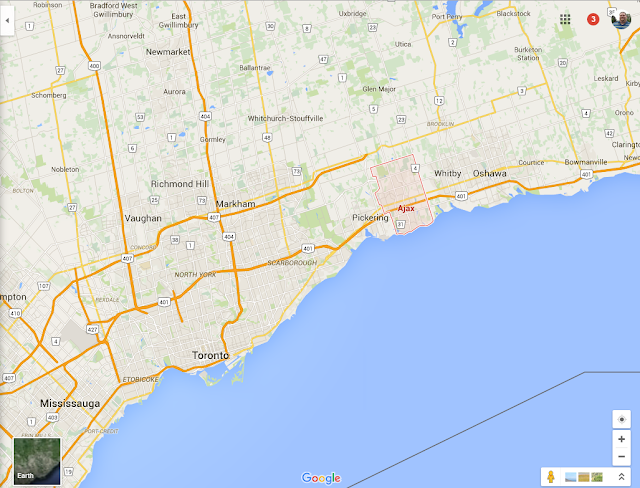 Here's a Google Map showing Ajax in relation to Toronto.

Nigel Wilson was signed as an undrafted free agent by the Blue Jays in 1987. In the Jays system he got as high as Double A Knoxville before the Florida Marlins took him second overall in the 1992 Expansion Draft, behind David Nied. 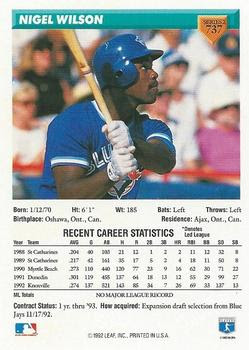 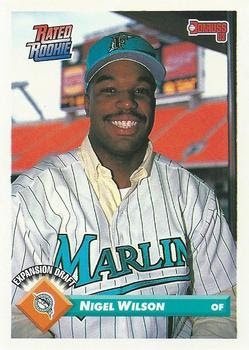 Here is his 1993 Donruss card showing him as both a Blue Jay and a Marlin. In 1993 he spent most of the season in Edmonton as a member of the Trappers. He did, however, get into 7 games at the major league level for the Marlins that season. In 16 at-bats, he struck out 11 times and did not register a hit or a walk. 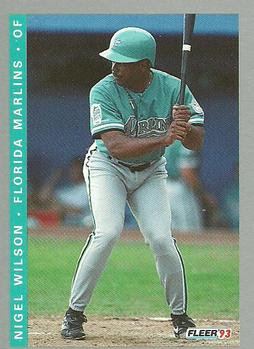 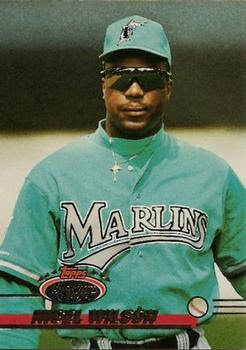 In 1995, he was taken by the Cincinnati Reds off waivers. I did not know he spent time with the Reds. It's interesting since he was selected by the Reds April 22. April 23 he was released and April 25 he was resigned by the Reds.

In 1995 he spent the majority of the season in Indianapolis, the Triple A team for the Reds. His line in 1995 was similar to the 1994 line in Edmonton, except for a few more homers, fewer walks, and more strikeouts.

He also spent 5 games in Cincinnati. In 7 plate appearances he stuck out 4 times and again did not record a hit or a walk. 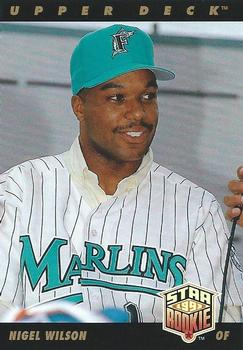 In 1996 he was selected off waivers by the Cleveland Indians. Again, I did not know he played for the Indians until I started doing the research for this post.

Again he spent most of the year in Triple A, this time Buffalo. 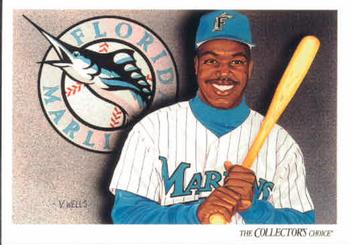 So for his time in the Major Leagues, he hit a total of

After finishing his career he moved back to Ajax and opened a training academy called Competitive Edge.

The last card above is the team checklist for the Marlins. It may be a little odd that Wilson was chosen for the checklist card. Taking a look at the list I could think of a couple people that may have been better suited, but we have a Nigel Wilson portrait as well.. 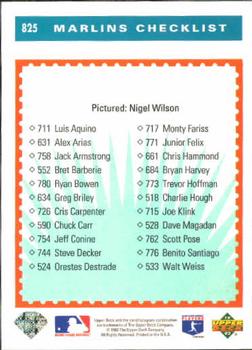 Here is the 1993 Marlins checklist.