And Now, Back in the Studio

Today I want to write about 1992 Studio. I found out that I actually have the set completed, but just need two cards to finish my team sets. I need Spike Owen and Devon White.

1992 Studio was a 264 card set that, instead of showing the normal action shots on the front you have a picture-day style portrait with a black and white grainy shot in the background.

On the back had biographical information 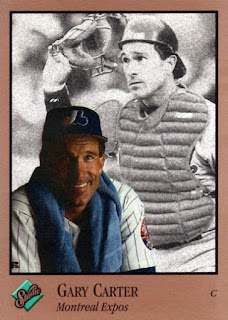 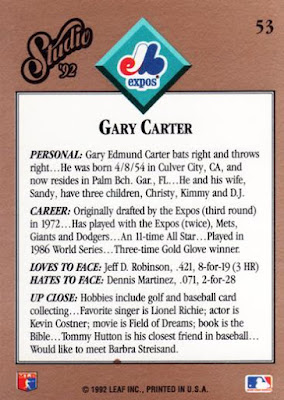 Here is the information on the back. Stats lovers would hate this set, as traditional stats are nowhere to be found. Instead, it has some personal and career biographical information including hobbies and a player they love and hate to face.
There was an insert set called the Heritage Series. 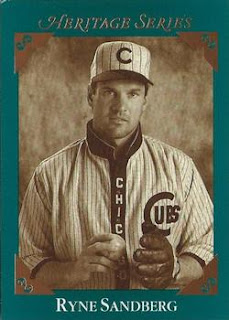 The series showed some stars of the day such as Ryne Sandberg wearing throwback uniforms of the team they were on. So a very nice old Cubs uniform. 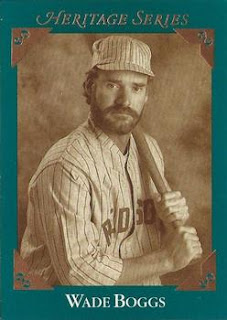 Boggs looks like he'd fit right in with the old Red Sox. 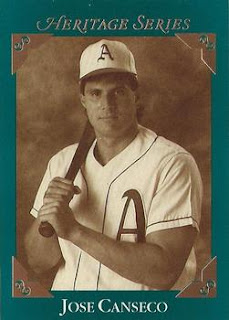 I don't know if Canseco would have fit in with the Philadelphia A's.. 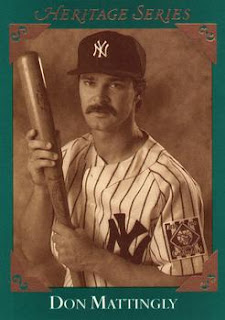 Mattingly really makes and Yankees uniform look good.. And I hate the Yankees.. 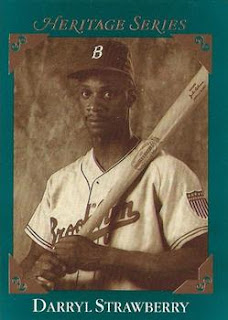 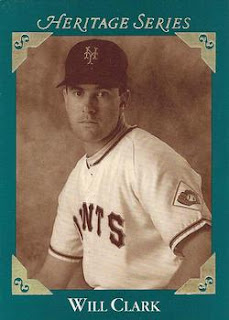 Will Clark with a New York Giants, though it doesn't look too different from the one they used around that time. 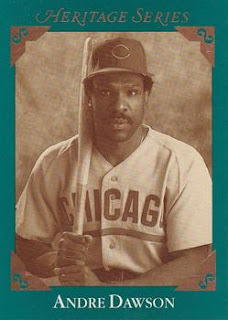 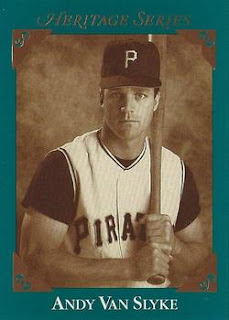 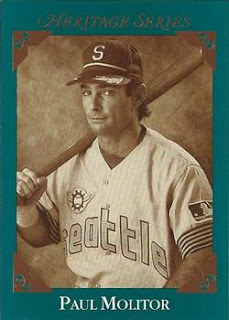 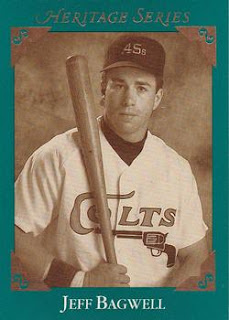 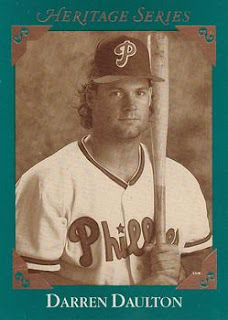 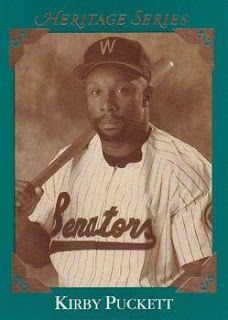 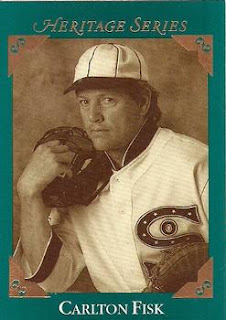 Fisk wearing an old Sox uniform. I think it's from the 20s. 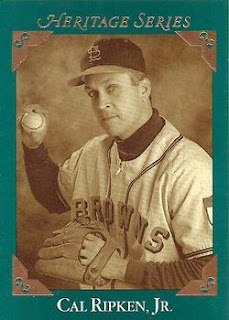