Not too long ago, I bought two sets of ballpark postcards from Andrew Aronstein. I previously purchased the CMC minor league cards from him, so I knew things would be good.

He mentioned to me that the first series is missing Ebbets Field. I did end up getting two copies of Shibe Park in there though.

So, since I love ballparks and love collecting ballpark images, why not? 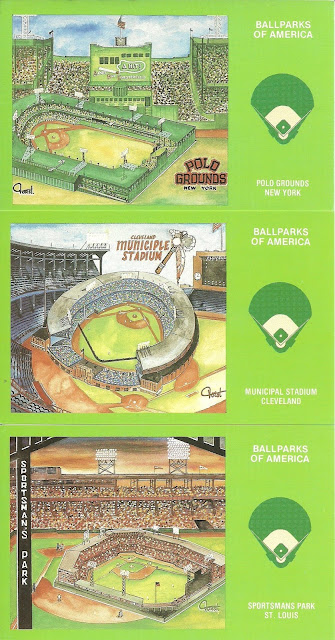 The usual suspects here with Polo Grounds and Sportsman's Park. I find it interesting that Municipal Stadium in Cleveland makes it. I also noticed the Municipal is spelled wrong. 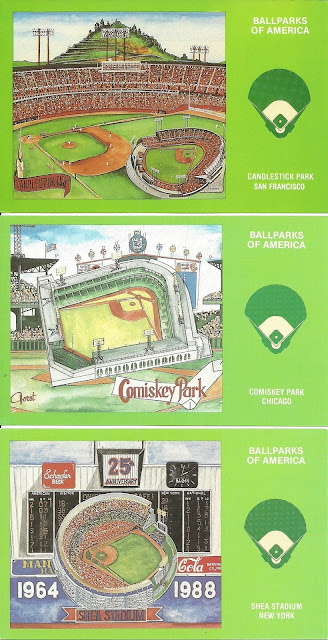 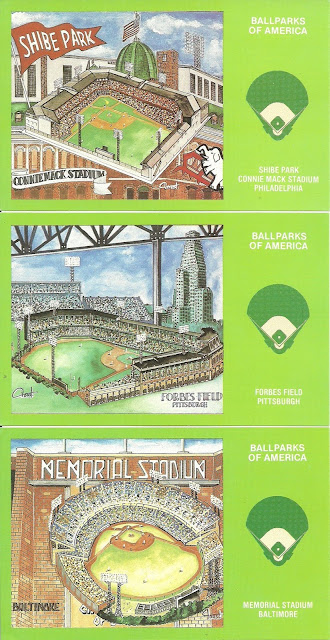 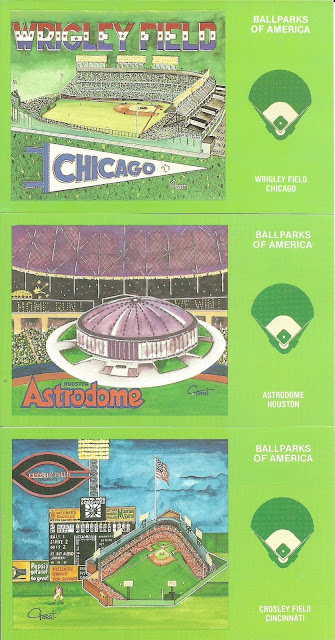 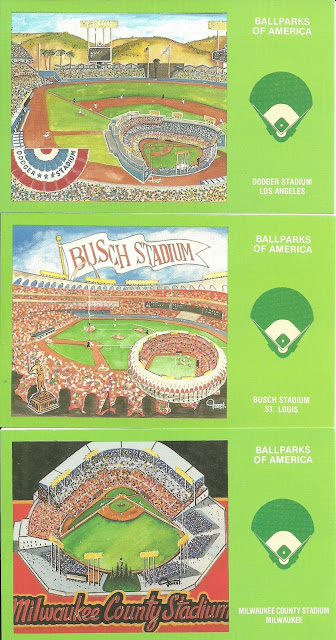 Dodger Stadium, Busch Stadium, and Milwaukee County Stadium are next
In a way, I miss the cookie cutters.. But not too much. 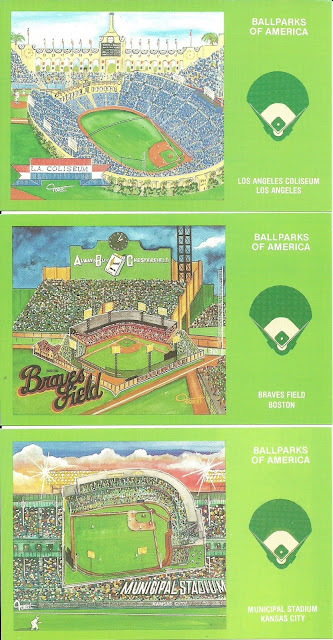 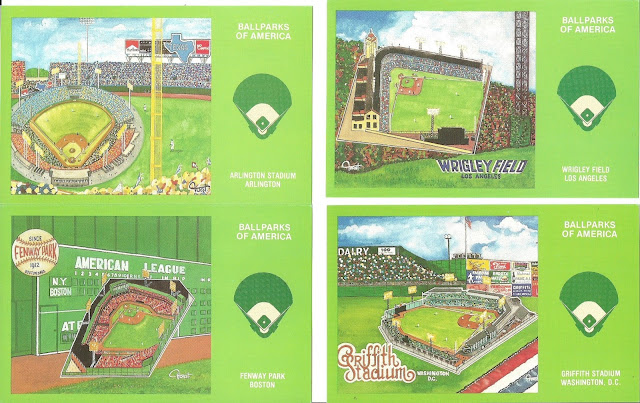 Finally, Arlington Stadium, Wrigley Field LA, Fenway Park and Griffith Stadium round out Series 2.
At first I thought we had two postcards honouring Wrigley Field in Chicago, then I looked and remembered that Wrigley Field in LA was Wrigley before Chicago's.

LA's Wrigley Field was owned by the Wrigley family around the time the Cubs were playing in West Side Grounds. The Chicago Whales of the Federal League had what we know as Wrigley. It was then known as Weeghman Field.

I'm also surprised the Rangers never used the Texas Shaped Video Board again. They should.

Anyway, I'm looking for an Ebbets Field from this series. If anyone happens to have/find one, keep me in mind, please.
Posted by Mike Matson at 10:51 PM