Check Out These Cards

Well, I bought some cards through COMC a while back and got them in this week..

I've been awol the last couple weeks for the most part because for the most part, I've been working and sleeping.. Work had me incredibly stressed out, but that should lessen Monday. I'm not going to go into too much detail about it here.. If you follow me on Twitter and are genuinely curious, you can contact me there.. 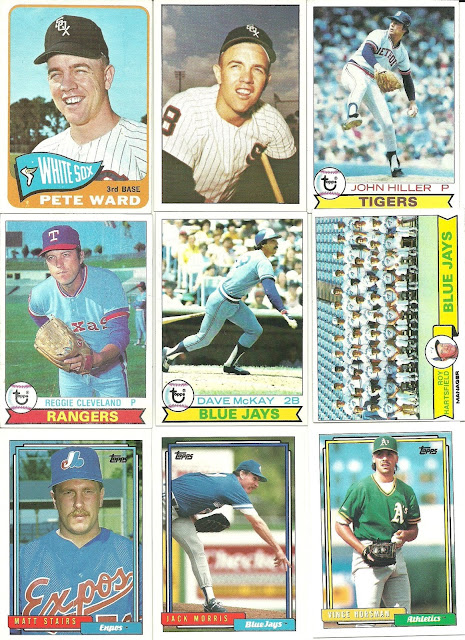 I got a couple new Pete Ward cards I didn't have before. I also got some 1979 cards I needed. For the most part what I needed were Canadian players and the Jays checklist.

John Hiller, as I mentioned before, went to school with my friend's dad in Toronto. Reggie Cleveland is from Saskatchewan. Dave McKay is an original Blue Jay. 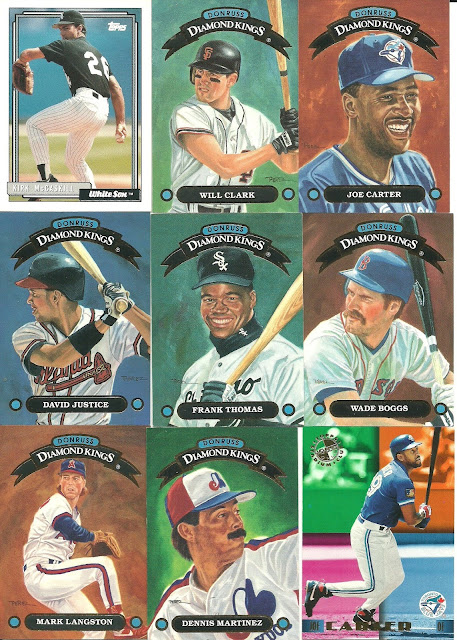 Kirk McCaskill also makes it for the Canadians binder.
I now have completed the Diamond Kings for 1992 Donruss.. Really the only things I need are the insanely hard to find/expensive Update cards, and the Rookies set.
I really liked the Diamond Kings cards from this timeframe. 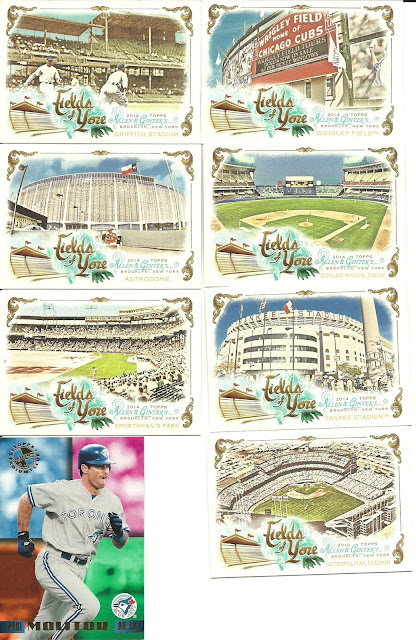 Well, I know I complain a lot about inserts and parallels and all that.. But... There are some inserts I love. Fields of Yore fall into that category. I love stadium cards.
So here are Griffith Stadium, Wrigley Field, Astrodome, Cleveland Municipal Stadium, Sportsman's Park, Yankee Stadium, and Metropolitan Stadium.

I have some other cards to show over the weekend.

Have a good one!