One Million Expos: A Second Sample 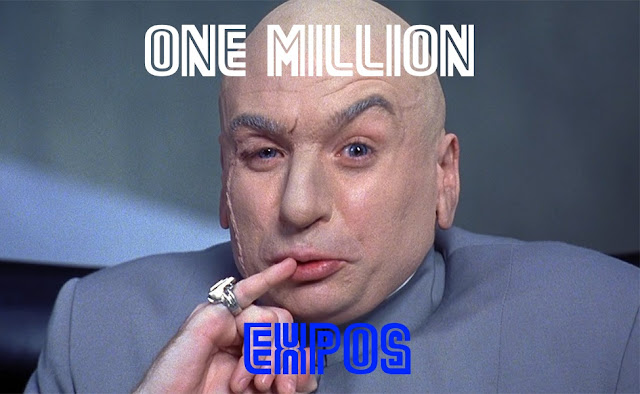 Anyway.. Another Saturday is here and I wanted to go through a few more of my Expos cards I have..

Before I go into them though, I'll give an idea of what I'm going for with this...

Any card that shows an Expo will be gladly accepted. Any brand, any set. Oddballs especially interested in, considering the only ones I ever saw were the Post cereal ones.
I will also count minor league cards towards this.. So if it's a player on an Expos farm team, I'm interested. 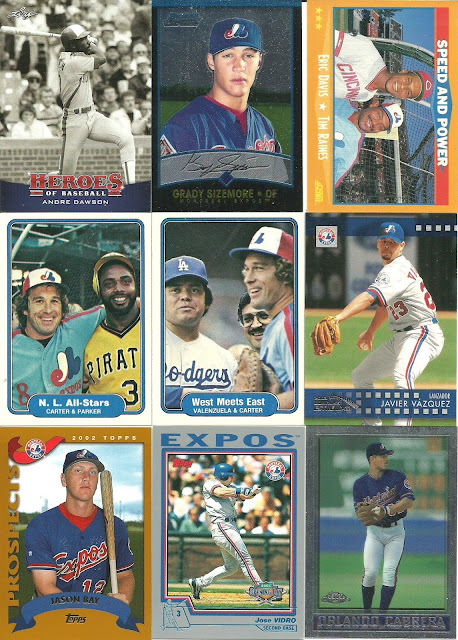 There are some nice names there:
Gary Carter
Andre Dawson
Though not Expos: Dave Parker and Fernando Valenzuela.
Jose Vidro was a good player for the 'Spos, as were Vazquez and Cabrera.

I keep forgetting Jason Bay was drafted by the Expos.. Imagine, he was traded with another player to get Lou Collier. 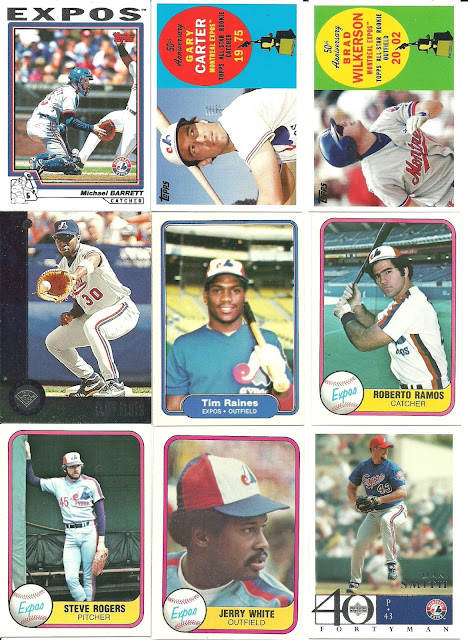 Some more nice cards here. I find some of the early Fleer cards interesting.. Some of the photography is very blurry. At the same time, with some of these, you can play "Where's this taken?"
I'd say the Ramos card is in the Big Owe. 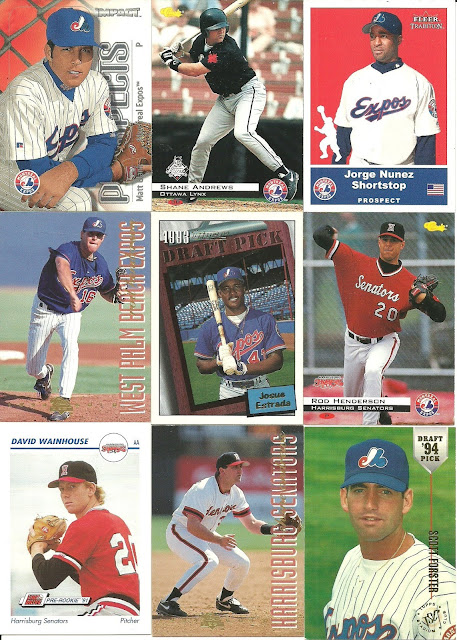 Some minor league Expos cards here.. David Wainhouse is a Canadian, so there's that too. 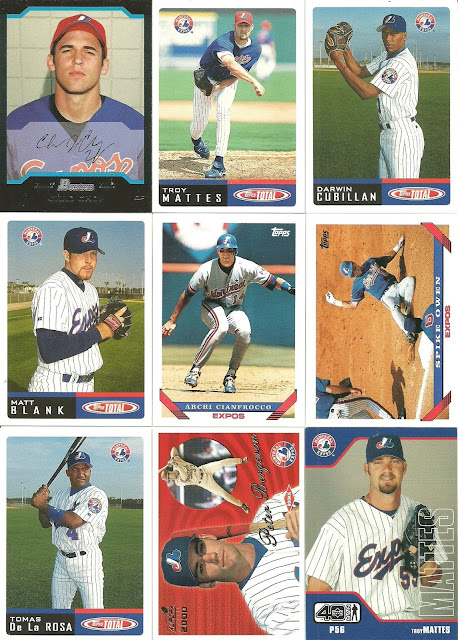 Some interesting names here.. Spike Owen signed with the Yankees between the 1992 and 1993 seasons.
Darwin Cubillan played for the Jays and Expos.
Chad Chop is someone I've honestly never heard of.. 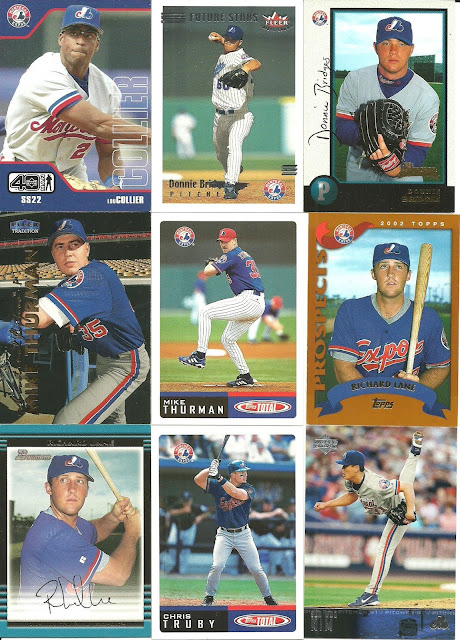 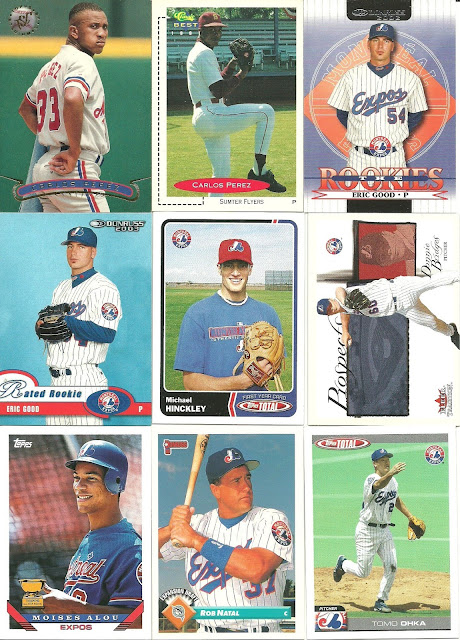 Natal falls into this because, while it shows a Marlins logo (he was taken in the Expansion Draft) he's pictured as an Expo.
Eric Good was another player I hadn't heard of.. He never made it out of A-ball. 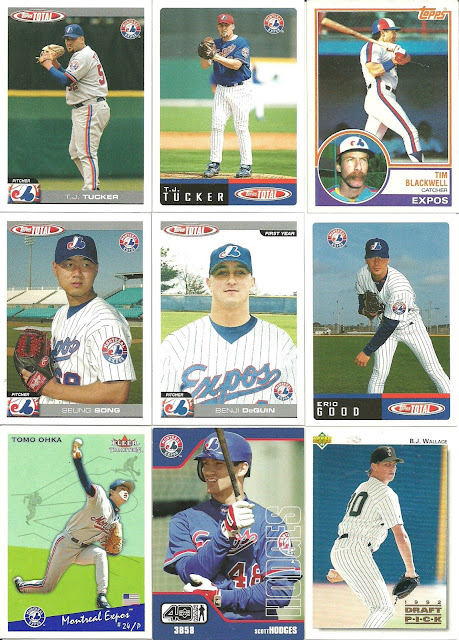 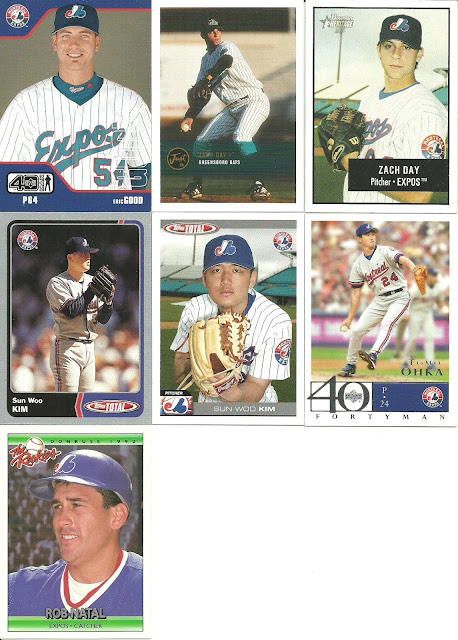 It's weird how some of the Asian-born pitchers from the 1990s/early 2000s have one of their final stops being the Expos.
Tomo Ohka played for the Expos from 2001-2004, but ended up sticking around until 2009, spending time with the Jays, Indians, Nationals, and Brewers.
Sun-Woo Kim played for the Expos from 2002-2004. Spent 2005 with the Nationals and Rockies. 2006 with Colorado and Cincinnati and gone..
Seung Song never actually made the majors.. He spent time in the systems of Boston, Montreal, San Francisco and Kansas City before going back to the KBO.

So another week and another look at some Expos. Hope to start sorting again once school's done.