One Million Expos: A Sample

Today I wanted to go through some of the cards I've already received for the One Million Expos Project that are new to me, or at least ones I don't remember seeing. 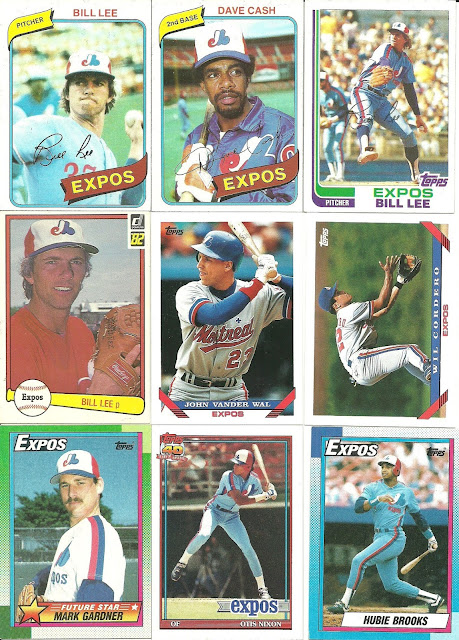 We have some early 80s here, mainly Bill Lee.. I'm not sure if I own those cards already or not..
For some reason, I ended up scanning a couple 1990 Topps.. I may actually need them for the Expos Topps binder (which will be added into the Million total anyway) 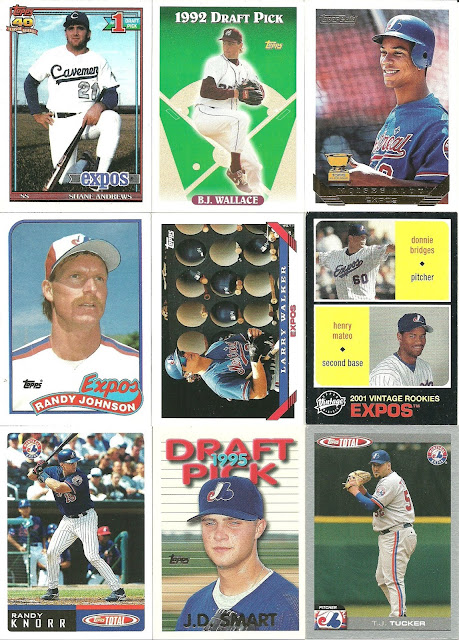 Randy Johnson Rookie.. Can't not show that one..
I really like that Larry Walker card. I need to see how many I have of it to see if it's in the Canadians, Expos, or will go directly into the Million Expos box.
Now we're getting into the later years where some obscure names show up..

Randy Knorr actually played for both the Jays and the Expos. Knorr I think still has a role with the Nationals. 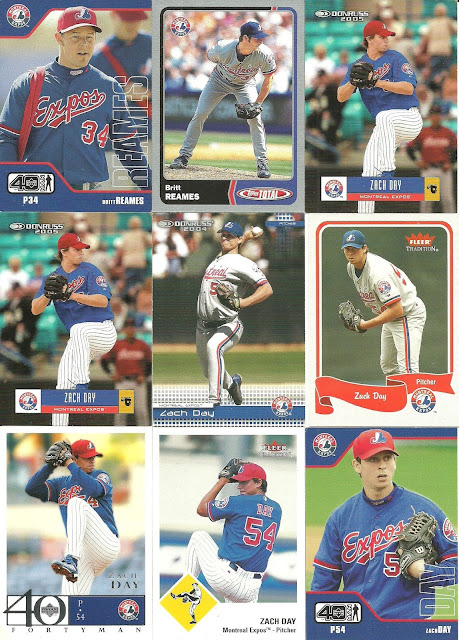 This is almost a full *ahem* Day's *ahem* worth here.. 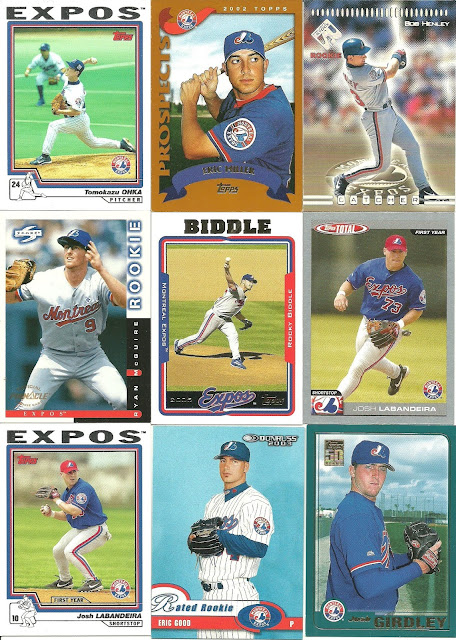 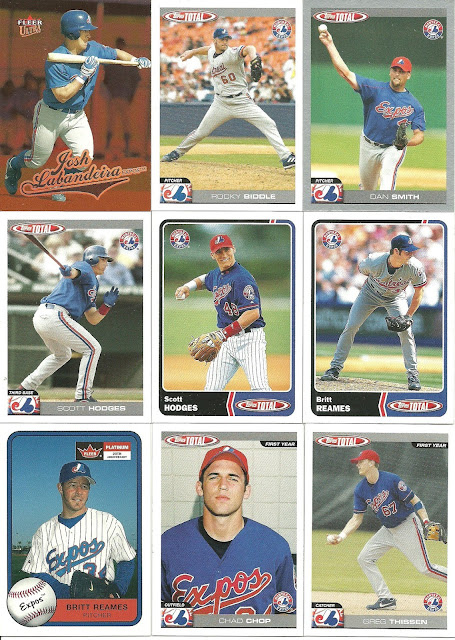 Some interesting names.. Mainly names that didn't do too much in the Majors. But it's still interesting to see those who have worn the uniform.