Catching up on Trades and Other Incoming

I've fallen behind again on getting incoming cards catalogued and scanned.
Today I'm going to show a couple I received. Tomorrow will be a couple more I received.

First is everyone's favourite Dodger fan on the Eastern side of the US, Night Owl. 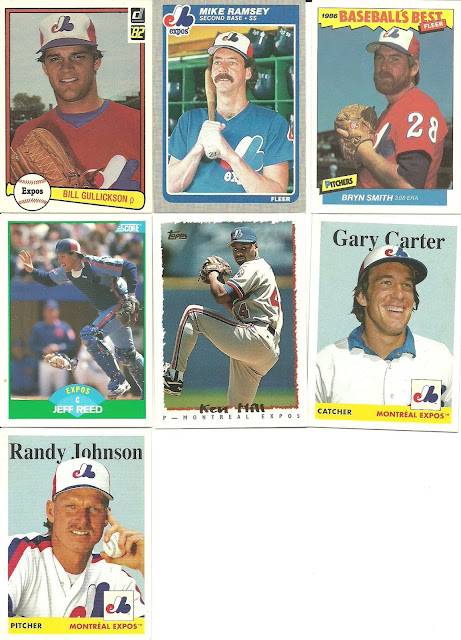 He had sent me some cards a little while ago saying he hoped to fill some spots in the Frankenset.
Well, he did fill some spots.. But in the collection. These are the ones I didn't have. I'm really happy to see the Carter and Johnson archives. I still need/want to get the 50th anniversary Expos set.

Next is a trade from the Trading Card Database.. 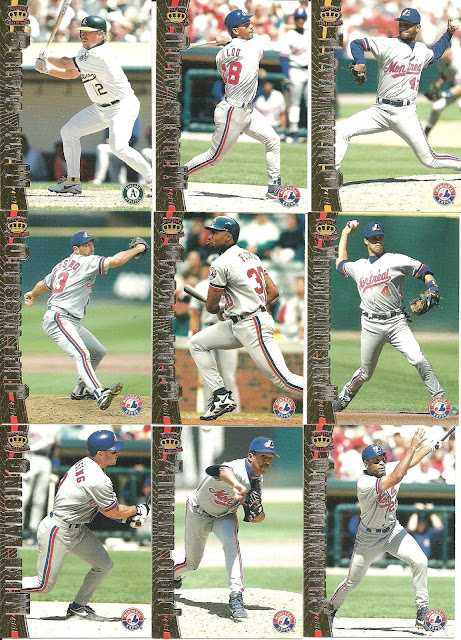 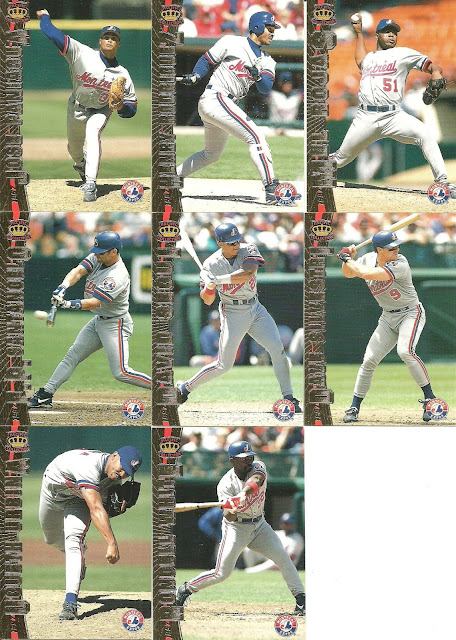 A bunch of 1997 Pacific Crown Collection Expos. I also got a Matt Stairs and a couple Jays I just realized I forgot to scan. These were from alchapman

The third trade I'm showing is from fritz63. 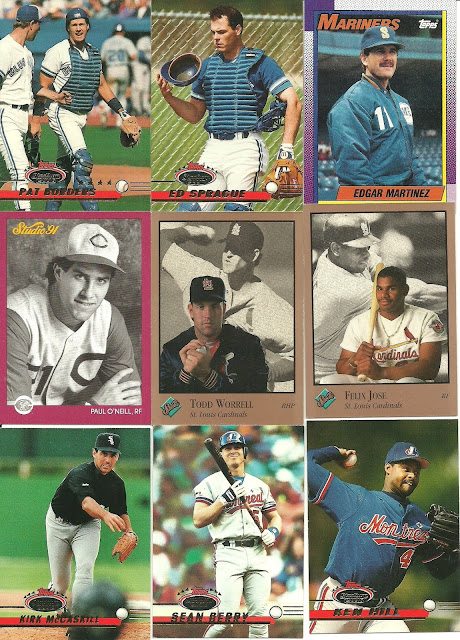 We have a couple set needs with the Edgar 90 Topps and the Studios. Kirk McCaskill also makes an appearance. 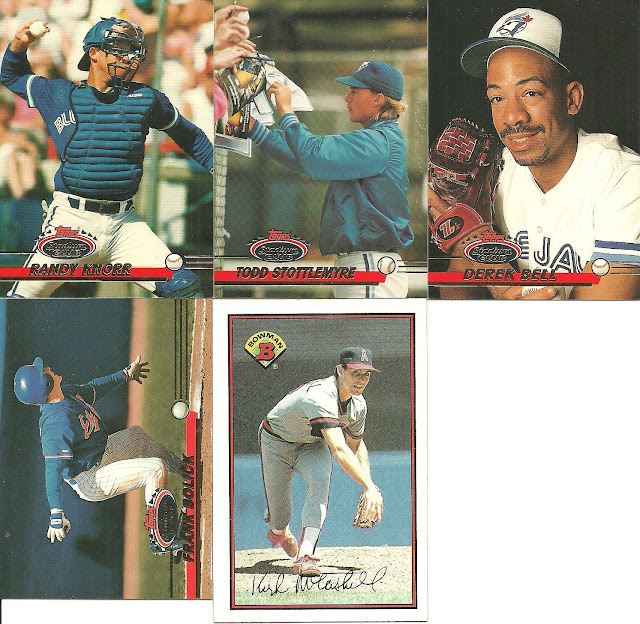 Some more Jays and Expos plus a Fergie Jenkins that I've never seen before..

Thanks for the trades!!
Posted by Mike Matson at 8:41 PM