Well, my close to two months away from this blog caused quite the backlog of cards received.
I honestly did absolutely nothing hobby wise during those two months, as I was dealing with mental and physical health issues.. And looking at the piles on my desk right now honestly give me anxiety. But that's a story for another day..

I wanted to combine two things I received this time around.

I'm part of a group on Twitter called the Team Collectors. Basically it's a group of collectors that send cards to each other, the aim being monthly. However, each member claims one team. I have the Blue Jays.

One of the members, who is on Twitter as AstrosAtoZ, sent me a small package at one point. 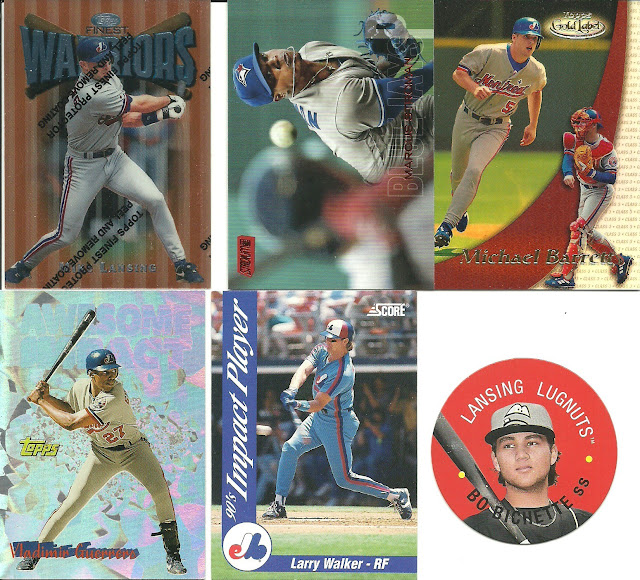 Expos aside from the Bichette and Stroman.
Any Larry Walker card is welcomed here, especially him as an Expo. I'm hoping he becomes the first Canadian born position player in Cooperstown.

The other package I want to go over is from the Brewers collector on the Team Collectors page, Matt. I've interacted with him before on Twitter including a trade or two, if I'm not mistaken.

Anyway, he sent me a nice bubble mailer that was certainly in the Christmas spirit. 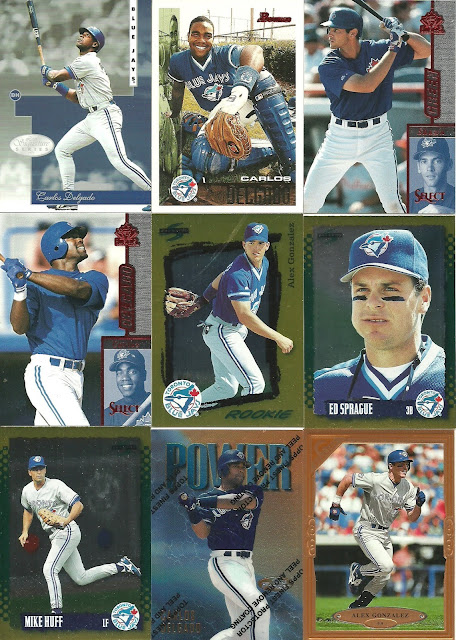 A Big Batch of Blue Jays.
I know some of these I don't have.. Possibly most. As mentioned, I haven't even entered these into the Trading Card Database yet.
I really liked the Gold Rush cards done by Score the couple years they did them. I don't mind one or two parallels.. I just hate the 40 parallels put out by Topps now.. Especially when 5 or 6 are exactly the same. 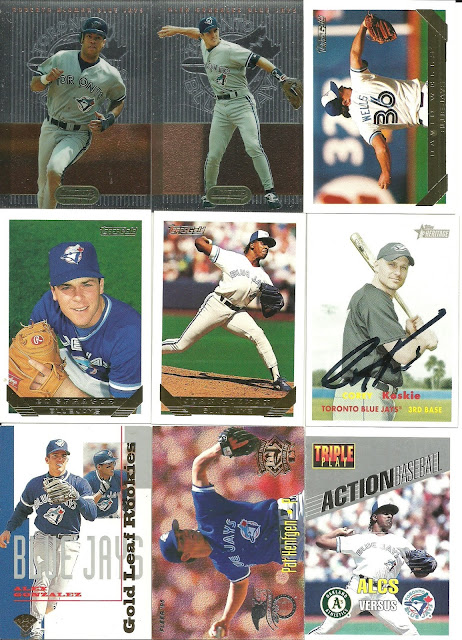 Topps Gold.. Those were interesting when they did them.
Is that Koskie an autographed card? Certainly looks like it. I know he spent time with the Brewers after his stint with the Jays.. Was this an In Person, or Through the Mail?
Triple Play Action Baseball. It's a little booklet that has rub off spaces. I'm keeping it as is.. 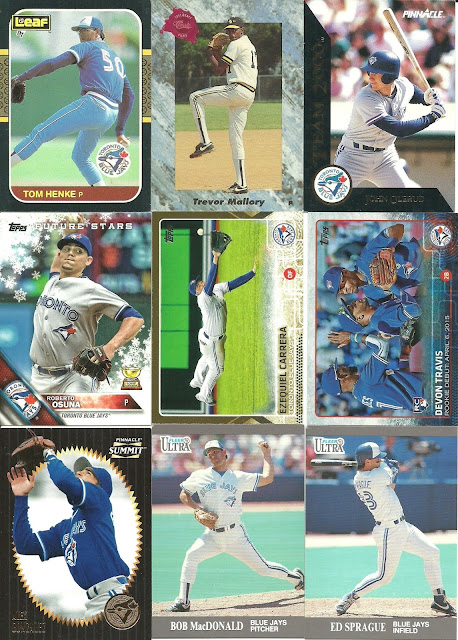 A Leaf Henke.
I loved the Team 2000 cards when they came out. I thought they were really cool. 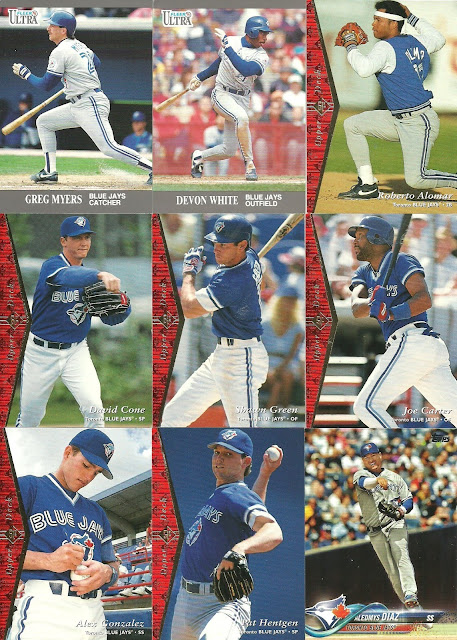 Well, those Upper Deck cards were taken in Spring Training. Possibly in Dunedin.. 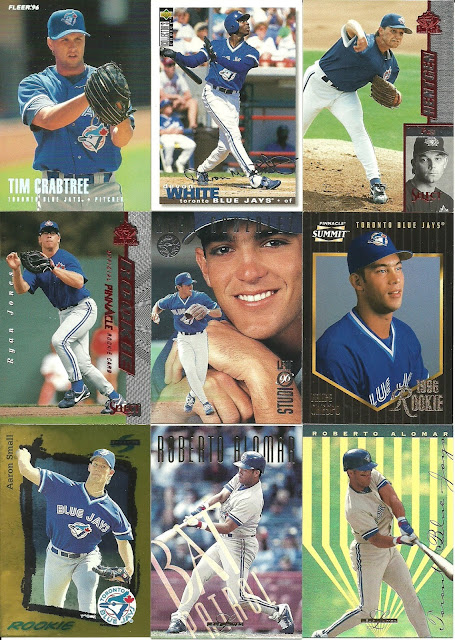 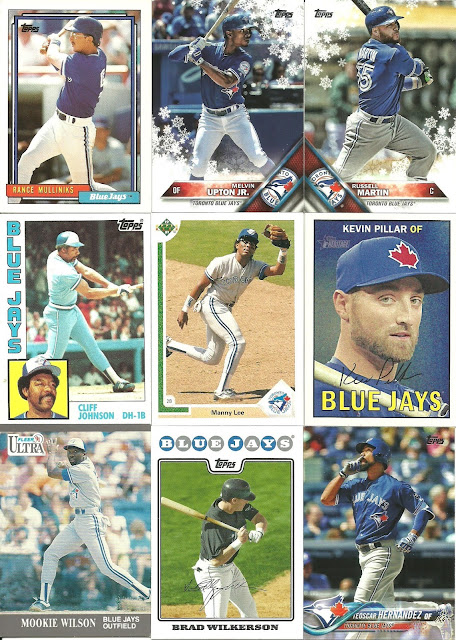 Brad Wilkerson is a member of the Canadian Team Club. He started with the Expos and played for the Jays..
Mookie Wilson had a novelty song written about him in 1991, called Help Us Mookie. It was to the tune of Help Me Rhonda. The Toronto Variety Club released at least three albums in the early 90s. I have a couple of them. 1992, 1993, and a "Greatest Hits" deal. 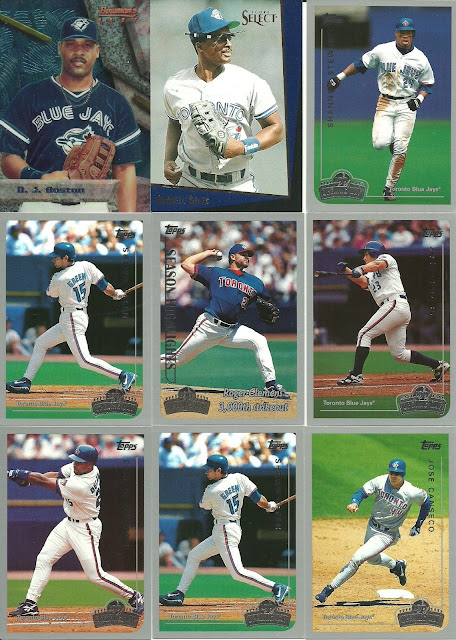 Some Opening Day cards with my second favourite Jays uniform design. It even has a Canseco sighting here. He spent one year with the Jays, ended up wearing three uniform numbers while here.
Darnell Coles.. I keep forgetting he was part of the Jays. He was a Jay in 1993 and 1994. It also looks like there were two Greens in that pile. 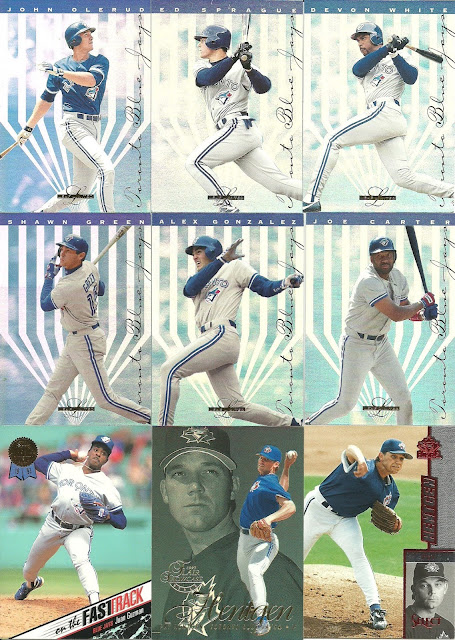 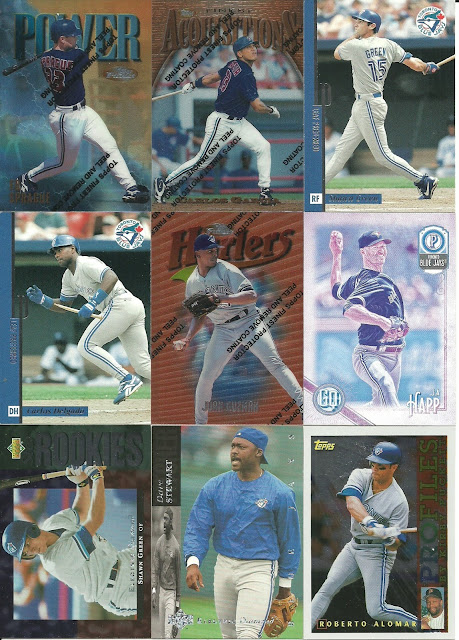 Some really nice cards here, including a Gypsy Queen Happ. 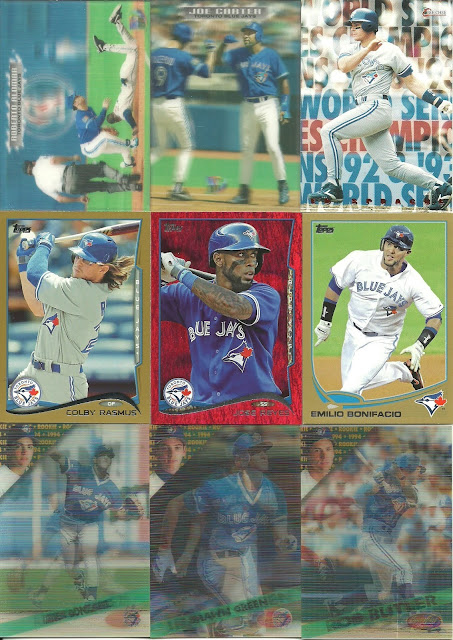 Ahhh Sportflix.. How much of a pain are you to scan?
The top two are actually from the Topps 3D set. Or D3 set, whatever they called it..
I was surprised to see that OPC card in the package. 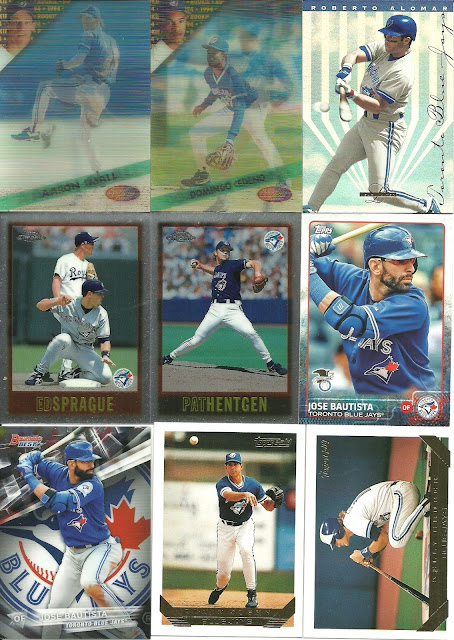 I'm starting to warm up to certain years of Chrome. I like the two here. 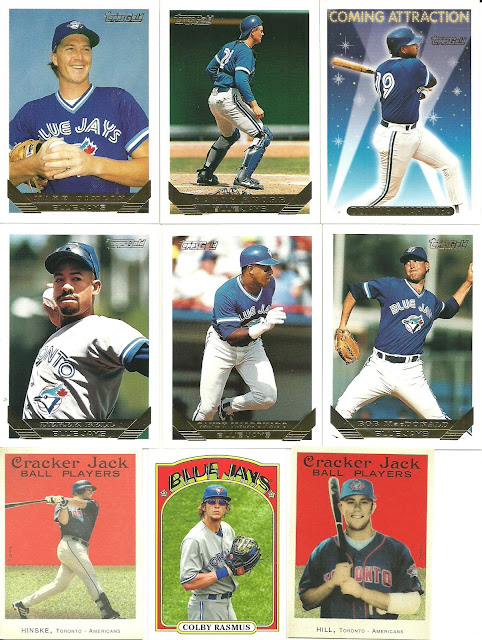 And the last batch of Gold cards..

There were also some minis in there that I didn't scan or even take out of the bag.. I'm not sure what they are as they are backless.. The top card was Al Leiter.

Thank you both for a wonderful package. I still have two packages to go through to call myself "Caught Up" in that respect.