I want to show a couple packages I received in the mail.

First is from Billy from the Team Collectors Forum and @AstrosAtoZ on Twitter. 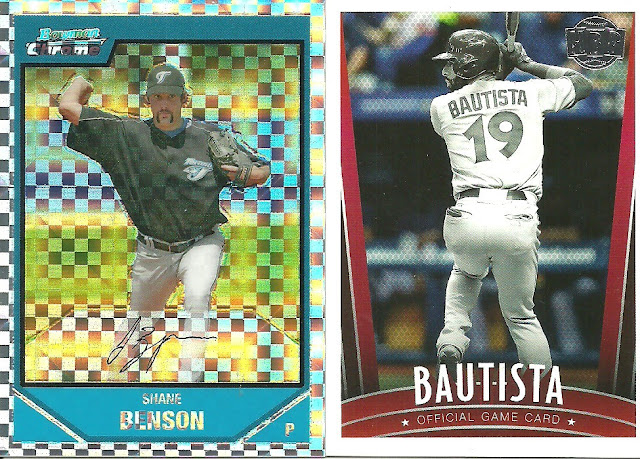 Shane Benson never got higher than the New York Penn League in the Toronto organization. He also played a year in the Australian League.
Jose Bautista was a little more established.
A Honus Bonus card here. Obviously, the number on the uniform has been changed. 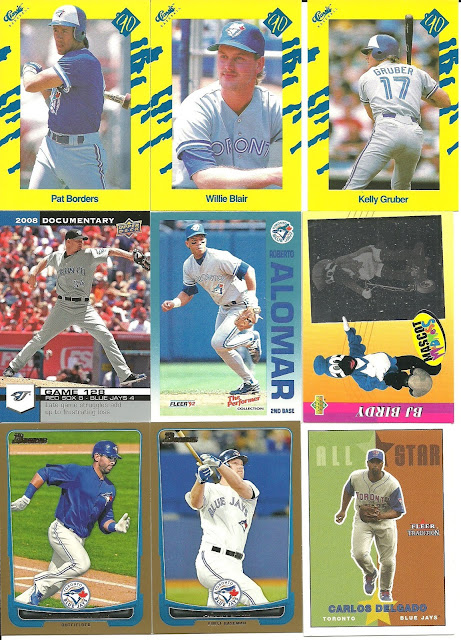 Classic 91 cards here.
The Alomar Fleer in the middle is one of the 7-11/Citgo cards. Never had them here.
Ahh.. How nice it is to see a mascot card with the mascot's name on it.. BJ Birdy was the Jays original mascot. 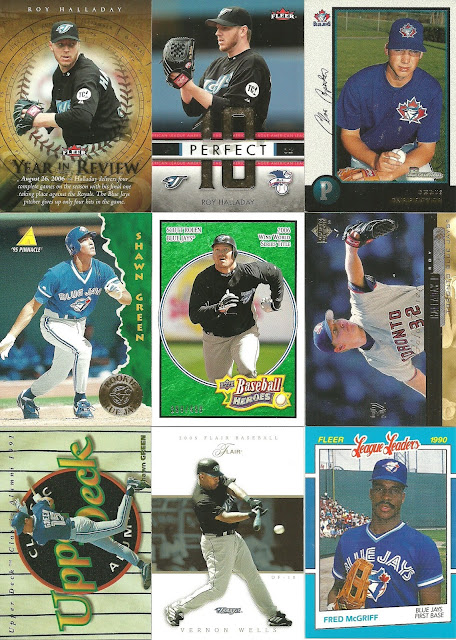 I remember when the Baseball Heroes were inserts in Upper Deck.. I always liked the cards, but never bought enough packs to try to collect them.. 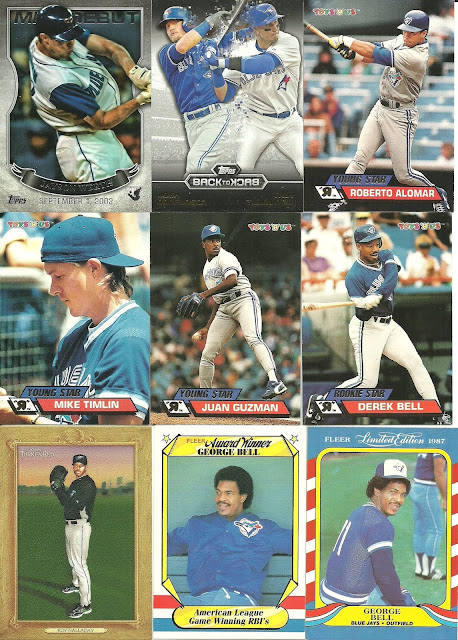 Toys R Us Young Stars. Another batch of cards I've never seen.. There was never a Toys R Us in Northwestern Ontario growing up. 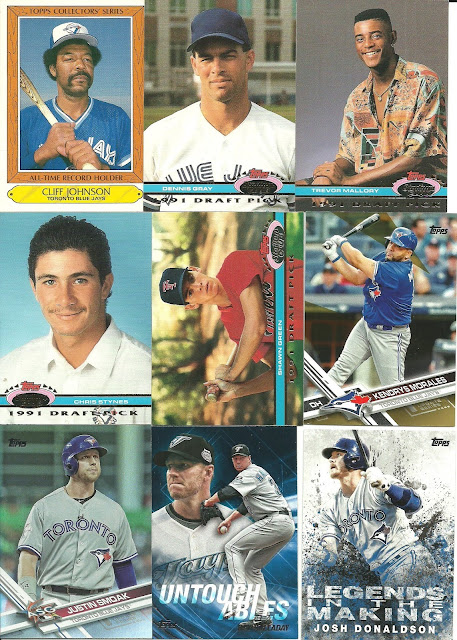 I had never seen or heard of the Cliff Johnson card here.. I'm interested to find out more about it.
Roy Halladay was definitely untouchable some nights as a Jay. And it looks like he may make it into the Hall this year..
Poor Kendrys has a red spike through his head here.. 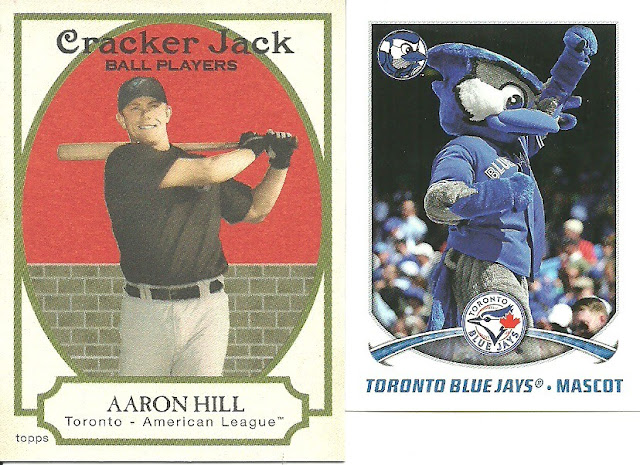 Remember earlier, my comments on BJ Birdy?
Well... Now we have a picture of Ace, but he's just known as "Toronto Blue Jays Mascot" in Toppsland. This annoys me to no end. I imagine it's a licensing issue, but still.. If you're going to create a card/sticker/whatever.... Get the naming rights for the character as well or don't do it at all..

Anyway.. Thank you for the cards gentlemen!
Posted by Mike Matson at 6:40 PM