Sometime in September or October I made a request for shipment from COMC. I got it in December. It was a bit of a mish mash of things, but I enjoyed getting it.. 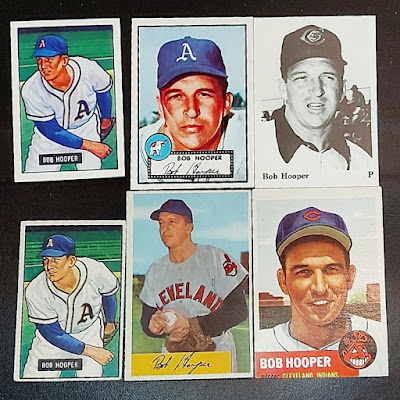 First is a group of cards of Bob Hooper, a pitcher from Leamington, Ontario. I found out about him through the wonderful Kevin Glew on Twitter.
Two of the three cards of him as a member of the A's are reprints. 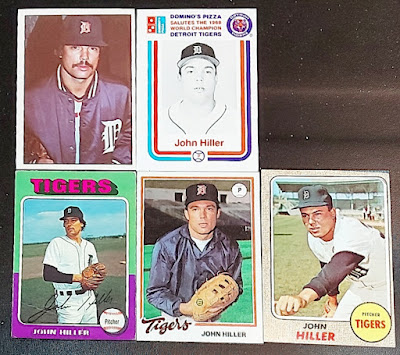 Next is some John Hiller. The 78 is a Burger Thing card. The 75 is an OPC version. 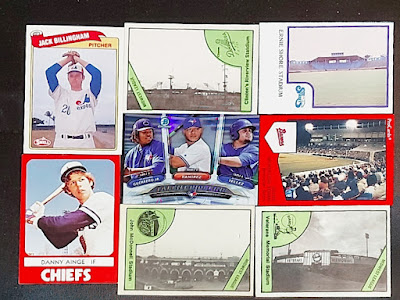 Jack Billingham as an Expo. Danny Ainge as a Chief. I had the team set of the Syracuse Chiefs aside from this card.
One of my favourite things: Stadium cards. Seeing some of the places teams called home is always interesting to me. 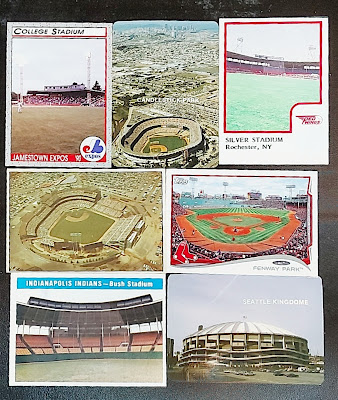 More stadium cards, including the Jamestown Expos. Candlestick is an interesting photo. Metropolitan Stadium is a nice one too. Or as it's now known.. The Mall of America.. 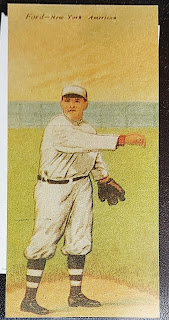 Finally, a Russ Ford Foldover reprint. Some cards I'm happy to get the reprints as I feel I'll never get the original. This is one of them..
I have some other cards to show from a Team Collectors break I took part in. It will likely be broken into multiple parts..
Posted by Mike Matson at 9:53 AM