This is going to be a hybrid post.. It's another Canadians in the Majors, but at the same time, a memorial for the recently passed Pete Ward.

Pete Ward was born July 26, 1937 in Montreal and lived there until the family moved to Portland Oregon in 1945.

Pete's father, Jimmy Ward, was a player in the NHL, playing for the Montreal Maroons. Interestingly enough, Jimmy was born in Fort William (now part of Thunder Bay)

Pete took to baseball when they moved to Portland. He was signed by Baltimore as an amateur free agent and was working his way up the system. He was a Third Baseman, but with Brooks Robinson firmly entrenched, he was going to play the outfield. 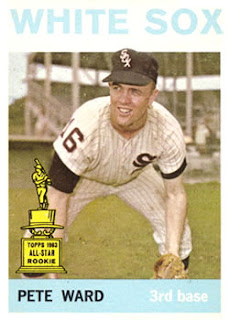 The White Sox traded for Ward, Hoyt Wilhelm, Dave Nicholson, and Ron Hansen in exchange for Luis Aparicio and Al Smith. In 1965, Ward was involved in a car accident that seemed to sap his power and affected his hitting the rest of his career. According to Ward, they were rained out in Washington, so they went back to Chicago. A few of the players went to watch the Stanley Cup game between the Blackhawks and the Canadiens when they were rear ended leaving the arena. He ended up dealing with whiplash. 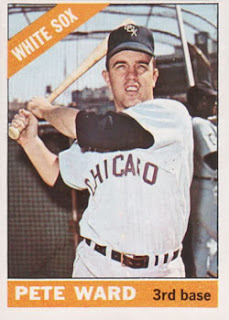 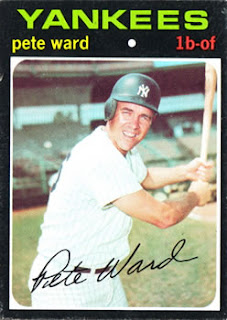 He finished his career with the Yankees in 1970. After retiring, he started coaching and managing in the minors. He managed Rochester, Fort Lauderdale, West Haven, Syracuse, Portland, and the Iowa Oaks. 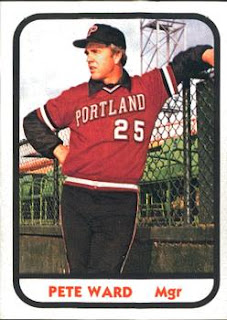 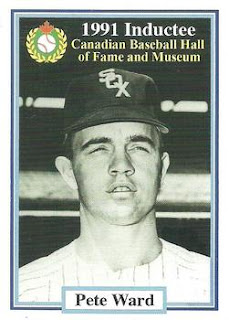 After getting out of baseball completely, he started a travel agency.
He was inducted to the Canadian Baseball Hall of Fame in 1991.
He passed away March 16
A lot of the information was taken from this transcript of an interview
https://www.southsidesox.com/2022/3/17/22983409/pete-ward-in-memoriam-1937-2022-white-sox-rookie-of-the-year
Posted by Mike Matson at 7:02 PM