I recently took part in a case break of 2019 Topps Series 1 through the Team Collector's group I'm in.

Obviously, I bought in for the Jays. 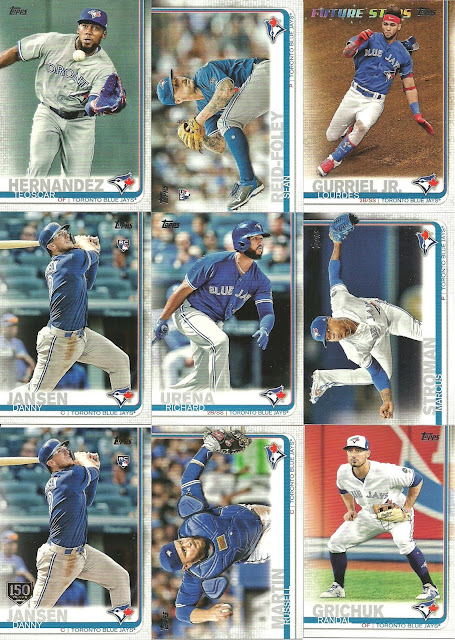 It seems like I got an average of 6 cards of each player. Borucki had 7, another had 5.
Martin is now a Dodger.
I also got one of those 150 years of baseball parallels of Danny Jansen. 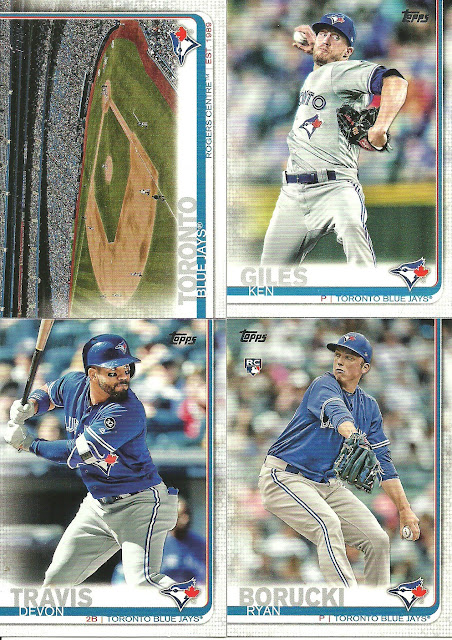 One thing I miss seeing regularly is a stadium card.. Nice of Topps to include cards for each stadium this year. (I would also love to collect those..)

I also got two autographs.
The Sean Reid-Foley is numbered to 150, while the Jansen is 1/50

I really enjoyed doing the break, guys.. If we do for Series 2 and Update, I'll be in for those too..

Of course, I also received some other cards packaged in with these.. 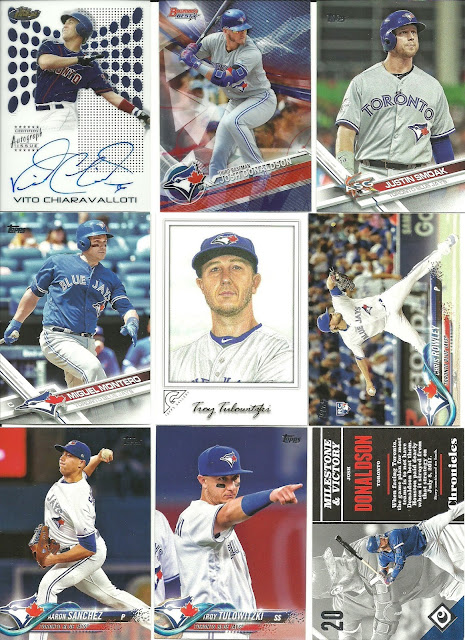 We have a Vito Chiaravalloti auto card here.
Tulo makes an appearance here as well.. Of the players in the 9 cards here, only Sanchez, and Smoak are still Jays. 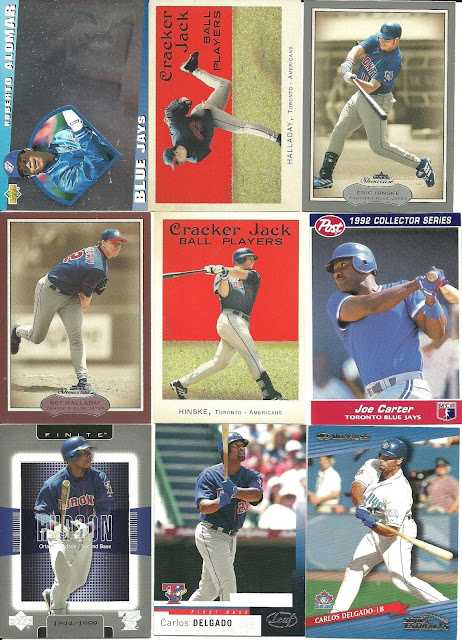 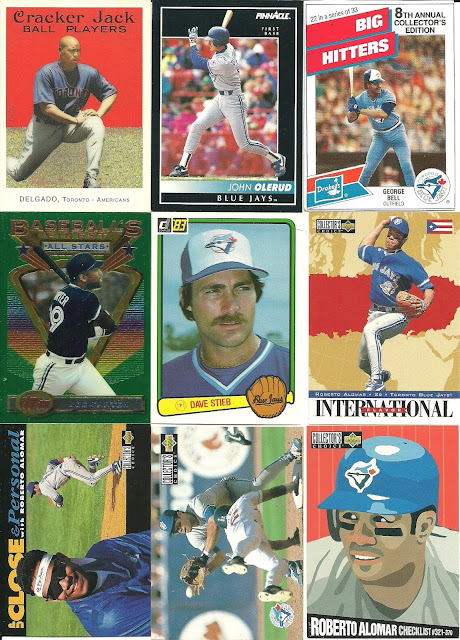 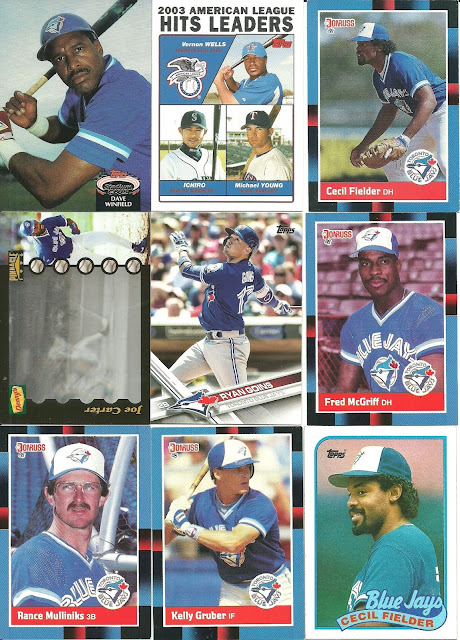 Some other nice ones in here as well.. A couple Denny's cards if I recall correctly.
The 1992 Post is new to me, as they used a different design for the Canadian Post cereal set. 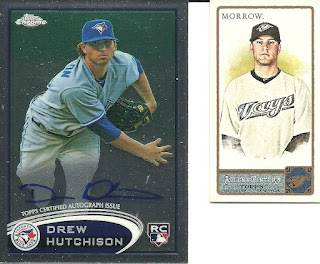 A Drew Hutchison Chrome auto card.
I have to say I'm beginning to see the appeal of the Chrome with some sets.

All in all, a nice parcel to get. Thanks!!